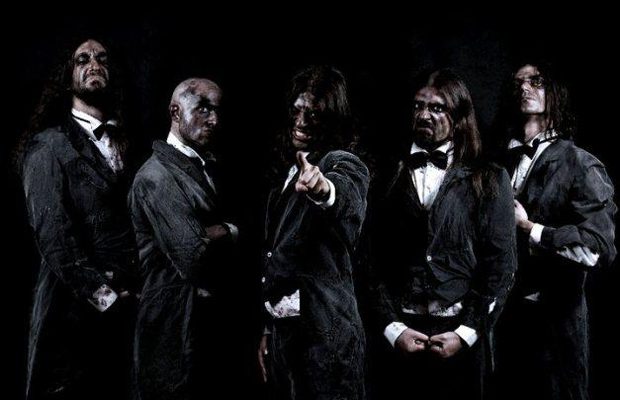 “Pathfinder”, the new video from Italian symphonic death metallers FLESHGOD APOCALYPSE, can be seen below.

Regarding the video shoot, the group stated: “It will definitely stand up from the average as we are going to shoot it in one of the most beautiful places in the world, Sicilia. This region was part of Greece right in the era where the ‘Labyrinth Of Knossos’ myth is collocated and our philological research led us there. It will be artistically deep and metaphorically intricate, a real reflection on the sense of our lives.”

“Pathfinder” is taken from FLESHGOD APOCALYPSE‘s latest album, “Labyrinth”, which was released on August 16, 2013 in Europe and August 20, 2013 in North America via Nuclear Blast. The CD was mixed and mastered by Stefano “Saul” Morabito. The cover artwork was once again created by Colin Marks, who was also responsible for several neoclassical pieces of art in the massive inlay.