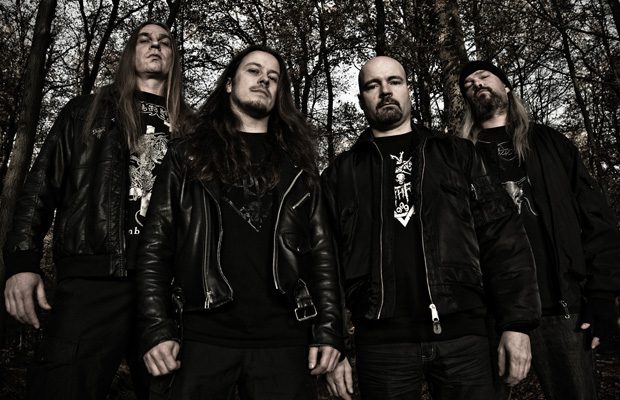 Drummer Bob Bagchus has left Dutch doom death metal legends ASPHYX in order to spend more time with his family. His duties will be taken over by Stefan Hüskes, who is a longtime friend of the band. The group states: “We wish Bob and his family all the best. Thanks for the great years of brutality, doom and death!” Bob adds: “I’d like to thank all of our fans worldwide for the great, great support and dedication!”

ASPHYX‘s latest album, “Deathhammer”, entered the German Media Control chart at position No. 67. The CD was released on February 27, 2012 in Europe and February 28, 2012 in North America via Century Media Records.

The “Deathhammer” video can be seen below. The clip was filmed by Maurice Swinkels of Younique Film, who had previously worked with the band on the bonus DVD for the “Death…The Brutal Way” album as well as on clips for such other groups as EXODUS, MASTERPLAN and KATAKLYSM.

Recorded at The Mörser Studio as well as at Harrow Studio with ASPHYX‘s longtime engineer Harry Wijering, “Deathhammer” was mixed and mastered in Sweden by Dan Swanö, who previously worked with the band on “Death…The Brutal Way” and “Live Death Doom” releases.