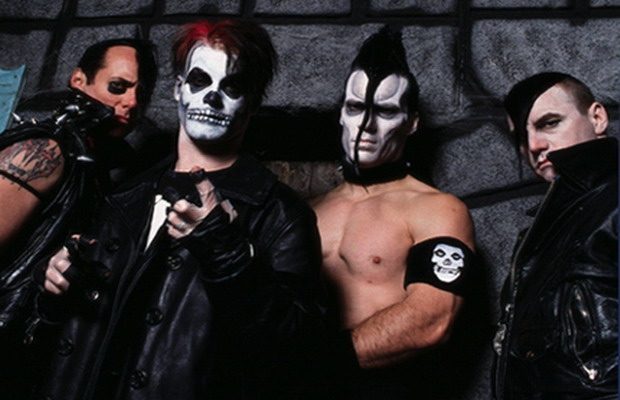 MISFITS founding member Jerry Only has fired back at original MISFITS frontman Glenn Danzig, calling the singer’s recent lawsuit against the band “nothing more than a calculated attempt to unfairly and improperly enrich himself from revenue streams to which he is not entitled.”

Glenn filed a lawsuit last month in which he claimed Jerry registered trademarks for everything MISFITS-related in 2000 behind Danzig‘s back, misappropriating exclusive ownership over the marks for himself, including the band’s iconic “Fiend Skull” logo. By doing so, Danzig claims Jerry violated a 1994 contract, in which Danzig, Jerry and others agreed to share ownership of the MISFITS trademarks for merchandising purposes. After registering the trademarks, Danzig alleges Jerry then secretly entered into deals with various merchandisers and cut Danzig out of any potential profits in the process.

Only has released the following statement to AltPress.com regarding Danzig‘s lawsuit:

“In 1995, MISFITS founding member Jerry Only secured the exclusive legal right to tour and record as the MISFITS, and, in accordance with those legal rights, launched a licensing program through Cyclopian Music. At the same time, Glenn Anzalone — professionally known as Glenn Danzig (former co-founder and MISFITS vocalist circa 1977 to 1983) — made clear that he wanted no public association with the MISFITS or Cyclopian Music‘s business endeavors.

“Despite full knowledge of Cyclopian Music‘s use of the MISFITS‘ name and logos for decades, Glenn Danzig curiously filed a lawsuit on April 3rd, 2014 seeking a portion of the proceeds from Cyclopian Music‘s activities with which he has had no involvement whatsoever. Danzig‘s lawsuit can only be described as a sour-grapes tantrum based on outrageous allegations, the majority of which are completely false, while others are ill-conceived and grossly misguided — and will be proven false in court. Reports of Glenn Danzig‘s lawsuit and the falsehoods within it, however, have resulted in the dissemination of misinformation regarding the nature of Glenn Danzig‘s baseless claims and Cyclopian Music‘s rights.

“For example, Jerry Only and Cyclopian are under no obligation, legal, contractual or otherwise, to obtain consent, or approvals of any kind, from former member Glenn Danzig in connection with their use of the MISFITS name or logos. Apparently Danzig‘s own product line doesn’t sell as well as he might like, but the fact of the matter remains that Jerry Only and Cyclopian Music‘s MISFITS licenses, business activity and merchandising endeavors are 100% lawful and consistent with their legal rights.

“To be clear, Glenn Danzig has no legal right to, and no interest in, Cyclopian‘s MISFITS licenses or business ventures period. Danzig‘s lawsuit is nothing more than a calculated attempt to unfairly and improperly enrich himself from revenue streams to which he is not entitled.”

The original MISFITS band broke up in 1983, and bassist Jerry Only brought forth a new version of the MISFITS in 1995. Various members have come and gone, but Only, along with BLACK FLAG‘s Dez Cadena, has kept some form of the MISFITS in the recording studio and on the road for most of the last two decades.

After the original MISFITS disbanded, Glenn Danzig went on to form SAMHAIN and then the eponymous DANZIG. Several albums of reissued and previously unreleased material were issued after the group’s dissolution, and their music became influential to punk rock, heavy metal, and alternative rock music of the late 1990s and early 2000s.