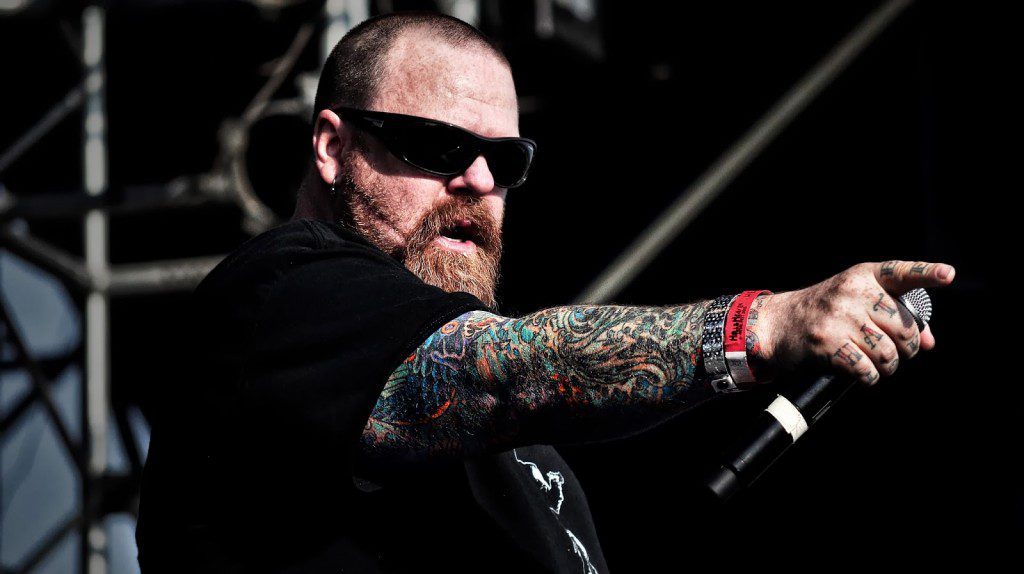 An official statement from the band regarding the split is expected very soon.

Back in March of this year, EXODUS entered a studio in Northern California with producer Andy Sneap (MEGADETH, KILLSWITCH ENGAGE, ARCH ENEMY, NEVERMORE) to record its tenth studio album. A month later, Dukes told Patch.com about the material that was slated to appear on the CD: “This album is very fast and has more of a punk rock feel to it, whereas I think the last few EXODUS albums were metal epics, with longer songs. These songs are shorter and a little faster. It has a really different feel to it. It sounds great.”

EXODUS‘ next live appearance is scheduled for July 11 at the Bang Your Head!!! festival in Balingen, Germany.

In a November 2013 interview with the San Antonio Metal Music Examiner, Dukes spoke about the criticism he has received from some of EXODUS‘ fans after he joined the band. “I try not to read into the comments on fucking Blabbermouth and all the fucking haters,” he said. “There’s certain people that won’t let go of the past. I realize, for the past, that’s what it is for them. They love the time in the past, and I get it. Not everything is better than the original, and I never claimed to be.

“Zetro fucking quit. He fucking walked in one day — he didn’t even walk in. He just didn’t answer his phone and said, ‘I’m not doing this anymore.’ And he quit. And now he wants back.

“You know what? I think we’re heavier [now that I am in the band].

“The first album, ‘Bonded By Blood’, was so fucking dark, dude. Lyrically and just darkness. And then I think they went in a direction that kind of took away the darkness of it. By the time I joined, they were back into the dark. They were moving back in that direction. I stepped in and I said, ‘I’ll carry the torch. I’ll fucking do it.’

“For the people that don’t fucking like it, go fuck yourself. That’s all I got for you. Fuck you, you know what I mean?”

After Souza made it clear in several interviews in 2011 that he wanted his old EXODUS job back, the band’s guitarist and main songwriter Gary Holt — who has been pulling double duty with SLAYER for the past four and a half years — said: “I have nothing against Zetro; really, I don’t. I consider him a friend, but the lobbying through the press for people to convince me to give him his job back just got under my skin, because Rob is NOT a placecard holder in EXODUS, he’s our singer.

“Zetro‘s place in EXODUS history is solid, he made some great records with us, and had a good run with the band. But this is now, not then, and we do not plan on throwing away what we have to go back in time.”

He continued: “Do I love singing those songs? Yeah, for the fans, it would be great. I sing some of those with HATRIOT. I’ve done so much work with this band, I can do everything my way…

Asked if he was still on good terms with the EXODUS guys, Souza said: “Two weeks ago in Oakland, Robb Flynn [MACHINE HEAD] had a benefit show for someone who had an accident. I have an AC/DC tribute band called AC/DZ, I opened the show. Gary was there that night. We had a great conversation and talked very well, and it was awesome. It was awesome, and that’s the way it needs to be.”

He added: “Believe me, I do read the press, so I know. It was late that night and we talked about a lot of stuff, and it was cool. He said, ‘I heard you were here and I was looking for you.’