STEVE ‘ZETRO’ SOUZA: ‘A Lot Went Into My Decision’ To Rejoin EXODUS 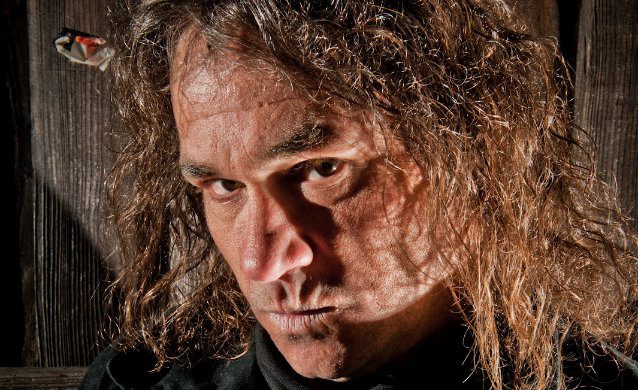 San Francisco Bay Area thrash metal veterans EXODUS on Sunday (June 8) announced the departure of their singer of the past nine years, Rob Dukes, and the return of his predecessor, Steve “Zetro” Souza.

Souza, who previously fronted EXODUS from 1986 to 1993 and from 2002 to 2004, told MetalRecusants.com about his return to the band: “A lot went into my decision. They [EXODUS] have got great management now with Chuck Billy [TESTAMENT], they really got it together. A lot of it was enticing to me and it makes great sense to [my other band] HATRIOT. Those guys [HATRIOT] are nearly as excited as me. They know we might have to sit for a minute but we’re still working on songs [for the third HATRIOT album] and stuff.”

Souza also confirmed that he will pull “double duty” for the foreseeable future, splitting his time between EXODUS and HATRIOT, which also features his sons Nick Souza (drums) and Cody Souza (bass). He said: “[EXODUS guitarist and main songwriter Gary Holt is] in SLAYER. What am I gonna do when he’s [on the road with those guys]? They told me not to quit [HATRIOT], and I was, like, I’m not. I’m not gonna shelve everything we [HATRIOT] have worked for. I’m not. I’m like Corey Taylor now [who is splitting his time between SLIPKNOT and STONE SOUR]. You know, we’re writing the new HATRIOT album right now and it will be out next year guaranteed.”

Asked about the possibility of a tour featuring SLAYER, EXODUS and HATRIOT, Zetro said: “I don’t know about something like that. We need to take this in baby steps. I’m not gonna force anybody to piggyback. I believe the management understands how I feel about that band [SLAYER], my band [HATRIOT] and being in EXODUS. They’ve seen I’ve kept to the program with Gary being in SLAYER. You can work double duties, so we’ll see what happens. But you know me, I can do it.”