IGOR CAVALERA: ‘It Would Have Been Cooler’ If SEPULTURA Had Ended After I Left The Band 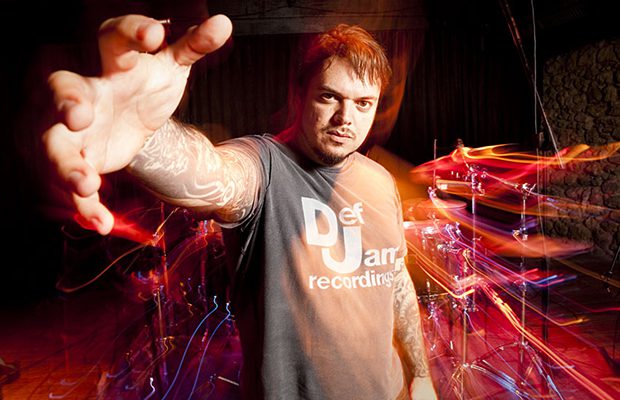 In a late 2013 interview with Rogério of the Brazilian rock band LO-FI, ex-SEPULTURA drummer Igor Cavalera was asked about his current relationship with his former bandmates and how he looks back on his two-decade-long tenure with the group. “It’s kind of weird,” Igor said (see video below). “I am proud of all I accomplished with SEPULTURA, and on the other hand, I feel a little sad, you know, because I see the guys playing nowadays, and a lot of the drive and rush that we had has been lost. My brother [Max] left the band, then I left the band, so I think, in my opinion, it would have been cooler if the band had come to an end at that point. Maybe that would have been the right time for it to stop — kind of like soccer players that retire from the sport while they are still at the peak of their playing ability, [before] they start looking like they are too tired to keep playing. So it makes me sad, but on the other hand, I’m doing my own thing now.”

In 1996, Max exited SEPULTURA after the rest of the band fired Max‘s wife Gloria as their manager.

Igor left SEPULTURA in June 2006 due to “artistic differences.” His departure from the band came five months after he announced that he was taking a break from SEPULTURA‘s touring activities to spend time with his second wife and their new son (who was born in January 2006).

In an October 2013 interview with MTV Iggy, SEPULTURA guitarist Andreas Kisser stated about the split with the Cavalera brothers: “For SEPULTURA fans, there are many SEPULTURAs in their head. It’s not only because Max and Igor [left].

“If you [compare] the albums that we did together, from ‘Schizophrenia’ to ‘Roots’, they are totally different bands — but the same lineup.

“We all change; we all grow up.

“The choice to leave the band was their choice. We never fired any musician in the group. We only fired our manager after the ‘Roots’ tour, and Max chose to leave and stay with her and start a solo career. He didn’t care about the name during those days. He didn’t fight for the name. He just turned his back and said, ‘Fuck you guys; I’m better off myself.’ And Igor left 10 years later; he didn’t care either to fight. It’s like many fathers who have children and leave them.

“For [the Cavaleras], SEPULTURA is like an abandoned child. They really turned their back on us and left. But it feels great to be here and keep the SEPULTURA name strong, bringing new stuff to the albums. The SEPULTURA spirit never changed, and that’s why we’re still here as SEPULTURA.”

After Max exited SEPULTURA, there was a rift between him and Igor, one that was eventually repaired through the redemptive power of music. Some time had passed and Max and Igor were unable to resist the musical pull in their magnetic fields and their musical collaboration was renewed. The duo are back for round two with CAVALERA CONSPIRACY, which released its debut album, “Inflikted”, in March 2008 and follow-up effort, Blunt Force Trauma”, in March 2011.

CAVALERA CONSPIRACY‘s third album will be released this fall via Napalm Records. The CD was produced by John Gray, who has previously worked with SOULFLY.

Max and Igor played together for the first time in 10 years at the 10th annual D-Low Memorial Festival on August 17, 2006 at the Marquee Theatre in Tempe, Arizona.

Igor, 43, who has been living in England with his wife Laima Leyton since 2012, says that his main focus continues to be MIXHELL, the DJ/hip hop/electro project also featuring his wife.