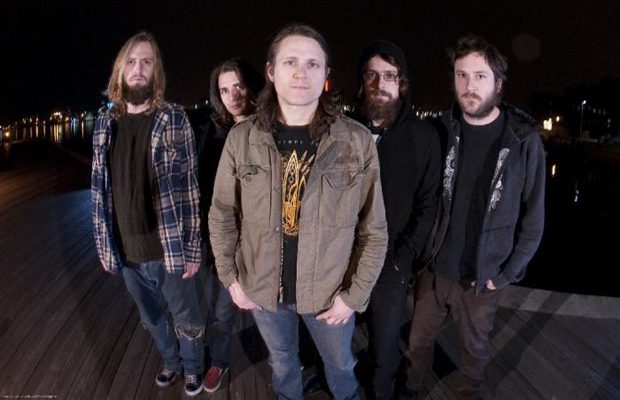 Washington D.C. metallers DARKEST HOUR will release their new album on August 5 via Sumerian Records. The CD was recorded at Oceanic Recording with producer Taylor Larson.

A video teaser for the new DARKEST HOUR album is available below.

DARKEST HOUR guitarist Michael Schleibaum last August stated about the direction of the group new material: “When John Henry [vocals] and I started the band some 18 years ago, we could have never imagined the sound would travel this far.

“The making of this record (dating back to January of 2012) was both a painful and joyful one and the end result has become something truly transcendent.

“John‘s work with Taylor on the new demos has proven to be the best he’s ever sounded and the introduction of the creative minds of both Travis Orbin (drums) and Aaron Deal (bass) have taken the songwriting someplace otherworldly.

“You can expect a massive evolution.

“The [recent] KILLSWITCH [ENGAGE] tour couldn’t have come at a better time for us creatively. It gave us the time and space to think about the album as a whole and really craft something special.”

Added John Henry: “To say that writing with Travis has been a metamorphosis is an understatement. His playing style and influence has soaked itself into the soul of the band. His perspective has brought new life into both our writing process and way of thinking.

“Taylor has fresh ears and new eyes on both production and the way people hear music.

“We’ve recorded with some amazing producers (Brian Mcternan, Fredrik Nordström, Devin Townsend, Peter Wichers) who all in one way or another brought their own spin to the band’s sound. However, with these new demos, we hear the potential for a new sonic overhaul and can’t wait to dig in and track these final takes.”

DARKEST HOUR‘s sixth CD, “The Human Romance”, sold around 3,600 copies in the United States in its first week of release to debut at position No. 185 on The Billboard 200 chart. The effort landed at position No. 3 on the Top New Artist Albums (Heatseekers) chart, which lists the best-selling albums by new and developing artists, defined as those who have never appeared in the Top 100 of The Billboard 200.