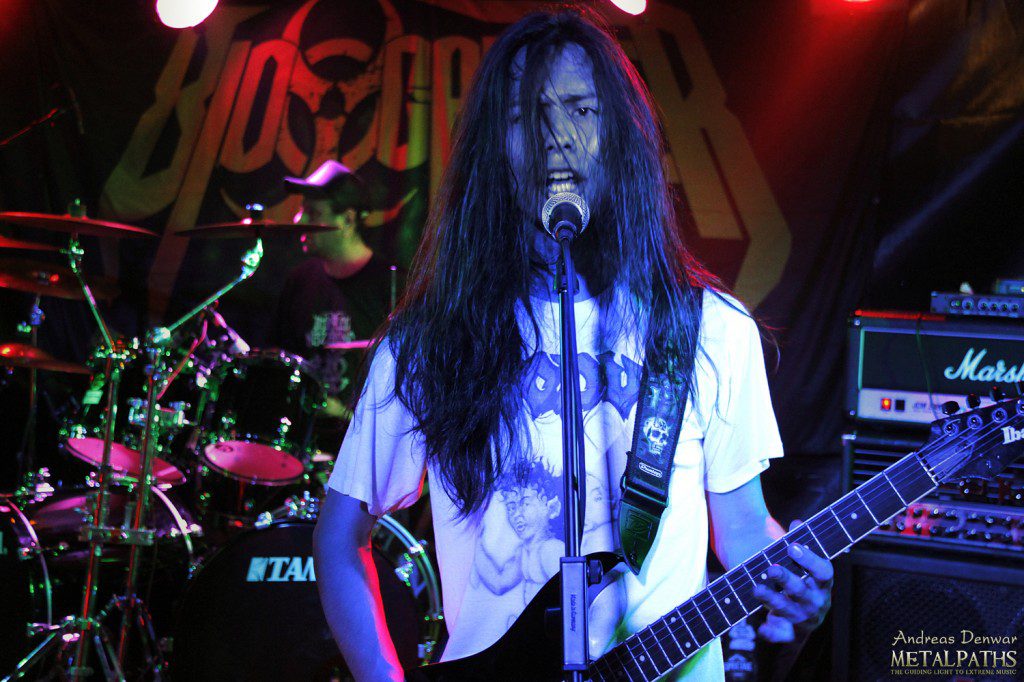 “Candlelight Records is delighted to announce the signing of Greek thrashers Bio-Cancer.

Bio-Cancer are a thrash metal band from Athens, Greece established in late 2010. After some line-up changes, demo recordings, and live shows, the band released its debut album ”Ear Piercing Thrash” in 2012 gaining some good recognition in the underground scene, and got included in a large amount of magazine, website and fanzine lists all over the world for best thrash album of 2012. The band has ripped the stage all over Greece and abroad with bands like Sodom, Onslaught, Rotting Christ, Xentrix, Artillery and more, and as of 2014 they have finished their second offering called ”Tormenting the Innocent’‘ due to be released by Candlelight Records later this year (release date tbc).”