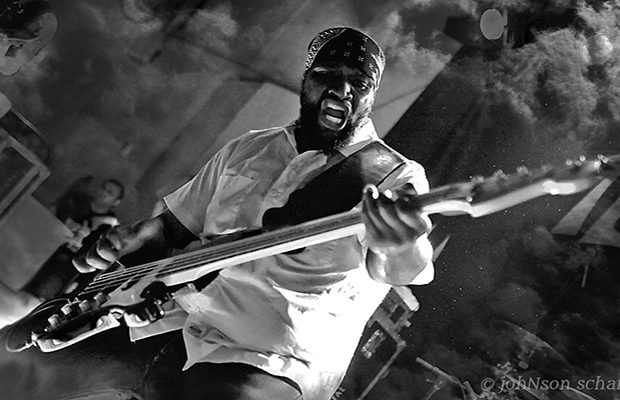 “It’s with complete sadness that we have to announce the passing of bassist Tim ‘Rawbiz’ Williams.

“Tim was a monster on bass, running around on stage in the pit, giving his all, even when his body wasn’t at its best. We will always remember him and appreciate all the kind words by those that were touched by his bass playing and him personally.”

Williams is credited with playing bass on only one song on SUICIDAL TENDENCIES‘ latest album, “13”, which came out in March 2013. The first studio CD in 13 years from SUICIDAL TENDENCIES sold around 3,200 copies in the United States in its first week of release to debut at position No. 187 on The Billboard 200 chart.

In addition to playing with SUICIDAL TENDENCIES since 2011, Williams has worked with everyone from Toni Braxton to BOYZ II MEN to Keyshia Cole. According to Billboard, he also appeared on Sean “Diddy” Combs‘ 2009 reality show “Making His Band”, which documented the hip-hop mogul’s search for Diddy‘s backing group.