METALLICA To Perform At Brazil’s ROCK IN RIO Festival

Manos SpanosFebruary 26, 2015
Source: Blabbermouth.net
METALLICA has been confirmed to perform at the 30th-anniversary edition of the Rock In Rio festival in Rio De Janeiro, Brazil.

Says the band: “One Rock In Rio in a year is just not enough!

“We’re very excited that we have been invited to be a part of the original Rock In Rio 30-year celebration by headlining one night during the festivities taking place September 18th – 27th, 2015 at the City of Rock in Rio de Janeiro, Brazil. This will mark our eighth (!)Rock In Rio appearance, including the upcoming May show in Las Vegas. It promises to be quite the party, as we join a stellar festival line up including FAITH NO MORE, SYSTEM OF A DOWN,QUEENS OF THE STONE AGE, SLIPKNOT and many others. Tickets will go on sale in April, so keep watching for more info.” 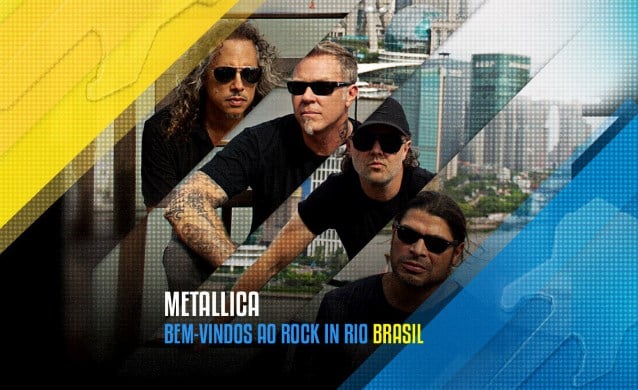