Fan-filmed video footage of ARCH ENEMY‘s March 8 performance at MUV Hall in Seoul, South Korea can be seen below.

ARCH ENEMY played its first show with Alissa White-Gluz on May 23, 2014 at Turbohalle in Bucharest, Romania. Angela Gossow, who joined ARCH ENEMY in 2000 and made her debut on the now-classic “Wages Of Sin” (2001), stepped down as frontwoman and is focusing on management, while Alissa is taking her place.

ARCH ENEMY‘s latest album, “War Eternal”, sold around 8,000 copies in the United States in its first week of release to enter The Billboard 200 chart at position No. 44. The CD was released on June 10, 2014 in North America via Century Media Records. The cover artwork was created by Costin Chioreanu. 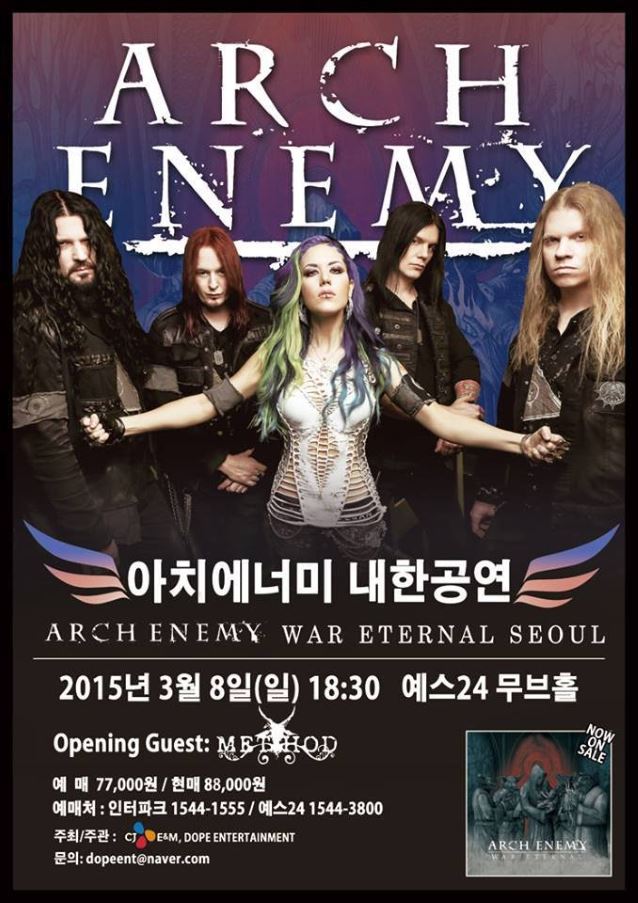