It is a side project album with AMASEFFER‘s Erez Yohanan, which covers up the biblical story of Kna’an, in the eyes of Walter Wayers, after he wrote a modern-perspective play about the story of Abraham in the land of Kna’an. In the picture below you can see the front cover of Kna’an! 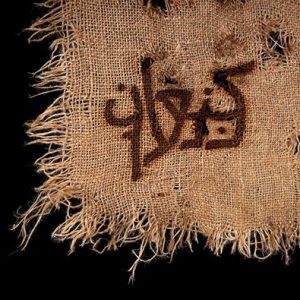 Here is the official announcement:

“Kna’an” is a project that was born in the head of the Memmingen’s Landestheater director – Walter Wayers. Wayers wrote a complete new play with his modern perspective about the familiar biblical story of Abraham in the land of Kna’an and was looking for someone to fit in writing the soundtrack and songs for this purpose. That’s how a co-production between Kobi Farhi (ORPHANED LAND) and Erez Yohanan (AMASEFFER) was born.

“Kobi & Erez, with the help of ORPHANED LAND ‘s members, composed this special soundtrack consisting ballads and metal songs about all the characters and inner conflicts of the heroes in this complex episode, a story that still reflects till this day the three Abrahamic religions.”

ORPHANED LAND will be touring throughout November 2016, along with special guests – VOODOO KUNGFU and IMPERIAL AGE.

See the dates and attend one of their special concerts!