If someone is a fan of the local underground desert/stoner rock music, then they must definitely be aware of the BACKYARD FEST which takes place in Syros Island! Yes, not in Athens, not in Thessaloniki or another huge city of Greece, but in one of the most beautifully dominant islands of the Aegean.

For the third time in a row, since 2014, the DIY event is being put into action by a bunch of ambitious students at the University Campus and has definitely become one of the biggest music events on the island.

This time, it’s happening on October 21st and 22nd, with a different promotion team. While waiting for it to occur, we have seen much better graphics and an overall progress in the promotional techniques, but nothing would make sense if it wasn’t for the much improved line up of the fest!

So, on Day 1, those who will attend the event are going to enjoy TRIKAVALO, THE BUZZDEALERS, CYANNA MERCURY, 45RATS and the very special YELLOW DEVIL SAUCE. The frenzy won’t stop there, of course, as Day 2 is a bit heavier on the whole as KALONG, THE OVERJOYED, CELLAR DOGS, CONTRA LIMIT and BLACK HAT BONES will be ready to blast their tunes on stage!

METALPATHS TV is going to be there of course, to experience the “Backyard Fest” phenomenon and deliver the vibes on and off stage! 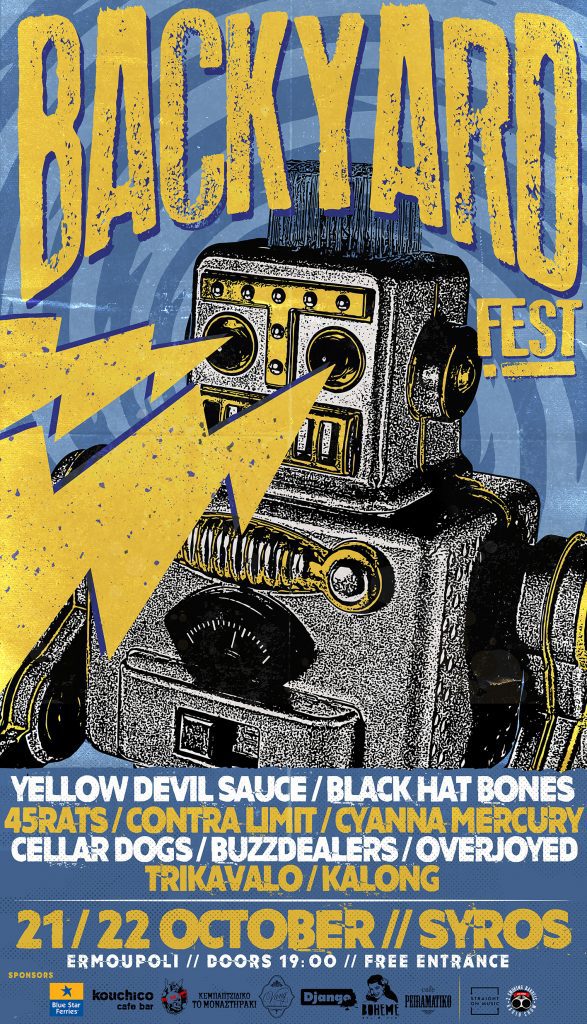