In a brand new interview with Music Choice, Ice-T explained how MEGADETH leader Dave Mustaine came to make a guest appearance on “Bloodlust”, the latest album from the hip-hop legend, actor and director’s metal band BODY COUNT. He said (see video below): “What happened is, BODY COUNT, when we came in the game over twenty years ago, we debuted at the Lollapalooza tour. Once we got in, and they saw we were serious, every rock group became our friend. People were coming out of the woodwork, whether it was SLAYER… all these different groups were, like, ‘Yo, I see what you’re doing, and it’s unique, and, uh, we down. And if you’re ever getting ready to make a record, call us.’ The first person was Dave Mustaine. And Dave has been a fan… I’ve been a fan of Dave for years, but I learned about Dave Mustaine a long time ago because when I did the ‘Original Gangster’ album, he reviewed my album. They asked him, ‘What’s your favorite album this year? Five favorite albums?’ He said, ‘‘O.G.’, ‘O.G.’, ‘O.G.’, ‘O.G.’ and ‘O.G.’‘ So my boy’s, like, ‘Yo, you’ve gotta go meet this motherfucker, right? So I met Dave Mustaine. I’m, like, ‘Okay, you’re the business. You’re MEGADETH.’ I was like ‘This shit’s badass.’ So, we became friends but never had a chance to work [together]. So, I called Dave, and Dave was, like, ‘I’m on it. What do you want me to do?’ So the first verse, the first voice you hear on the new BODY COUNT album is Dave Mustaine doing that announcement.”

“Bloodlust” was released on March 31 via Century Media Records. The disc was recorded with producer Will Putney (MISS MAY I, UPON A BURNING BODY), who also helmed 2014’s “Manslaughter”. The new CD features additional guest appearances by Max Cavalera (SOULFLY, SEPULTURA) and LAMB OF GOD frontman Randy Blythe. The effort also contains BODY COUNT‘s medley of the SLAYER songs “Postmortem” and “Raining Blood”. 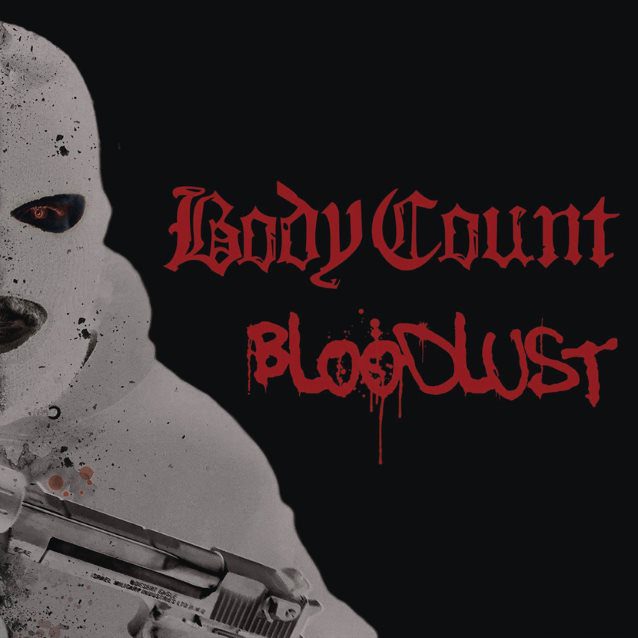