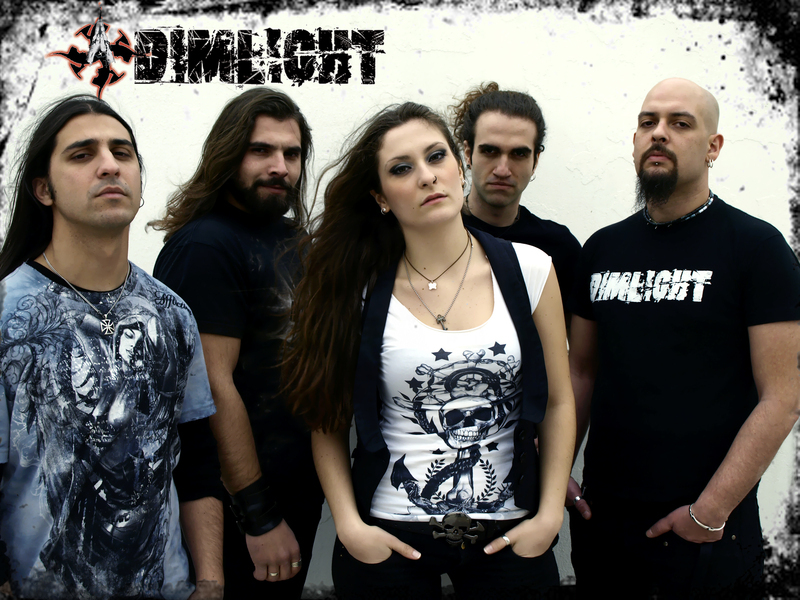 Dimlight is one of those few very promising bands that can offer something more to the Greek metal scene. They started in 2009 with “Obtenebration”, a quite good debut album, which I really enjoyed. Now it’s time for them to take the next step, with their second full-length album. Metalpaths, along with some other metal webzines, had the chance to be present at the press listening session of “Psychosynthesis” at Devasoundz Studios. After a very warm welcome from the band members and Fotis Benardo of Septicflesh (and owner of Devasoundz Studios) we got comfortable in our chairs with our drinks and we got started.

“Psychosynthesis” consists of nine tracks, and even though the change in Dimlight’s music is understood from the beginning, the first song doesn’t fully prepare for what you are about to listen next, as it is quite simple. But after that, things change. Dimlight have gone a long way, they have matured in these two years and this definitely shows in their compositions. What we are dealing with is a very diverse album. Death metal drumming and blast-beats, black-ish guitar playing mix with some progressive parts and oriental elements. The orchestral samples add a great deal to the atmosphere. Another plus are the clean violin parts, and the band cooperated with a violinist, instead of using samples there too, in order to get the best result. As for the vocals, like in “Obtenebration”, Sanna’s clean ones, sometimes more pop and sometimes more operatic, alter perfectly with Invoker’s brutal lines. But two things stand out, and steal the attention. First, the drums are very solid, kudos to the new drummer, and quite often they are heard above all other instruments, making the sound more aggressive. The culprit of this is no other than Fotis Benardo, who undertook the mixing and the production of “Psychosynthesis”. Second are the keyboards, which play a really important part in the compositions, creating haunting tunes and giving a darker feeling. All the songs serve in creating a unified image, revolving around a central idea, both musically and lyrically, but without this being a concept album, as the band clarified. The album closes with a bonus song. The acoustic version of “Absence Of Light”, Dimlight’s best known song from “Obtenebration”, will certainly be a treat for their fans.

Once the listening of “Psychosynthesis” was complete, a long discussion followed. Dimlight talked to us about everything. The way they wrote the songs and to what extent each member contributed, what inspired them, how the new members are responding, their tour plans, which involve Greece and Europe, the endorsements they got, such as Schecter, Visual Sound and SG Guitar Strings, and the collaboration with a few artists, whose names are still kept as a surprise. But now their most imminent issue is the search for a label, as they hope to put out their album by March.

All in all, I was very satisfied with what Dimlight have produced. Of course, one listening wasn’t enough. It’s quite a complex album and I’m sure that every time you listen to it, you will discover more and more details. You can still find Dimlight’s original sound, but so much more enriched. “Psychosynthesis” is a worthy successor of “Obtenebration”, and it takes the band a level up, as it is supposed to be, because Dimlight truly deserve it.