Night of the demons yesterday, and the occult rockers Year Of the Goat visited Greece for two concerts, one in Athens and one on Thessaloniki. Their very first destination was Athens and Second Skin, performing along with Aherusia, Mahakala and Speedblow. Speedblow and Mahakala would be the first bands to rock the stage with their doom magisterial acts and then provide the stage to Aherusia, the black metalheads who combined black metal along with elements of traditional Crete music.

Afterwards, Year of the Goat would have their chance to drive the night through pagan paths…

I arrived on Second Skin while Speedblow was about to open the concert. The crowd was desperately small but the band did their best to entertain those who decided to show up late in the show. Speedblow numbers three releases and their music style is described as a craft of heavy metal and doom metal music. Most of the parts are classic doom metal groovy riffs, although they mix them with heavy metal eruptions of fast riffs and guitar solos.

The band with energetic mood performed songs of the past as well as all the songs off their new EP, titled ‘Resurrection’. Their sound was loud and clear and the stage got heavier with all those doomy melodies. Costas Papaspyrou is an excellent guitar player and I loved his energy and his guitar solos on stage. Nick on the vocals was awesome too. His deep, harsh vocals combined with all those sharp melodies were the best beginning we could have for this concert!

After Speedblow the stage was warm enough

(actually burning-warm), for Mahakala to start their set. Mahakala made quite an impact in the Greek music scene with their latest concept record, ‘Devil’s Music’. The band has been having a busy concert program as they were supporting a numerous of bands this year. But why did Mahakala get so many chances to support great bands? What is so special with this band? Well if you haven’t seen Mahakala live, you won’t get an answer to those questions..

Mahakala were explosive! The band is so much bounded together and they sound great. ‘Devil’s Music’ in my opinion sounds ten times better on stage. With a setlist including most of the songs off ‘Devil’s Music’, the band performed classic hits like ‘The King is Dead’, ‘Evil Man’, Pact with the Devil’ or ‘Promised Land’, with great energy and Jim saluted the audience with his spectacular performance. The crowd was still small in number and numb, but Mahakala tried their best to stir up everyone, leaving behind the best memories.

Right after Mahakala, it was time for Aherusia to perform. Aherusia is a unique black metal band, because of their use of Cretan lyra, a traditional music instrument from Crete in their music. 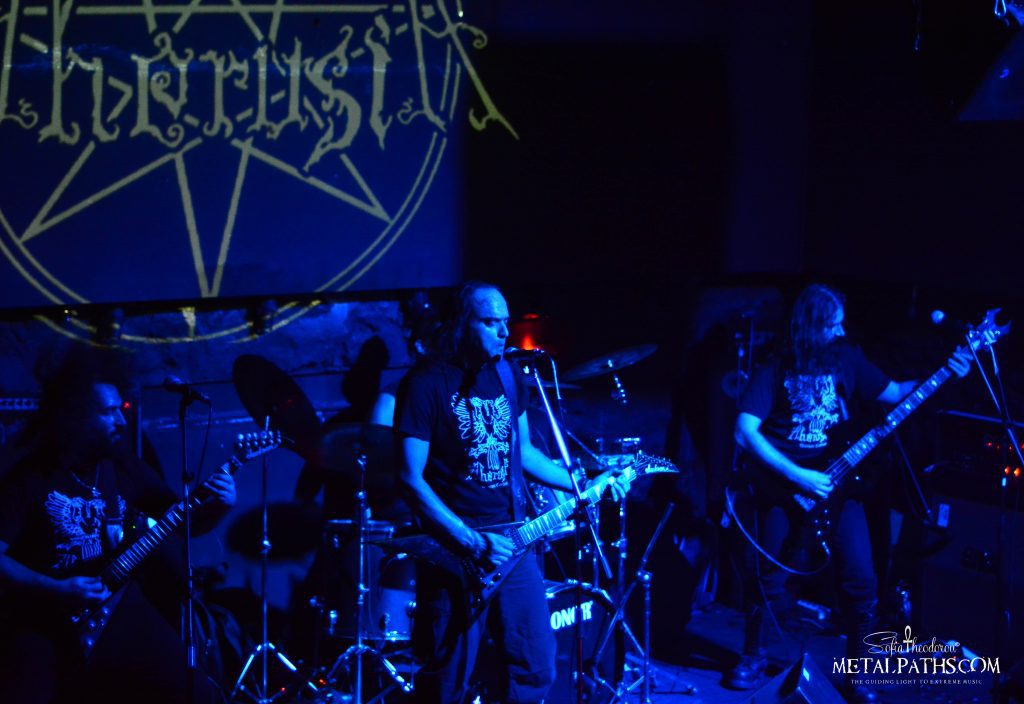 I was really curious to watch Aherusia and find out myself how those songs would be performed. With plenty of new songs like ‘Archipelagos’ off their new music record ‘As I Cross the Seas of My Soul’, the band thrilled everyone with their pompous melodies and strong, spiritual black metal. Although I’m not a fan of traditional instruments I must admit that the Cretan lyra completed the music in a creative way, something that I enjoyed very much!

All the support bands completed their performances and the pagan rockers from Sweden were about to begin their rituals… With a great sound the band started their show, performing about one hour and five minutes.

They performed classic songs like ‘This Will Be Mine’, ‘Thin Lines of Broken Hopes’, ‘ Spirits of Fire’ and many more off their latest full-length record ‘Angels’ Necropolis’ as well as ‘Of Darkness’ and ‘Vermillion Clouds’ off their first EP.

First things first, Thomas’ vocals are amazing and inspiring. Those melodic touches along with great vocal range outlined the greatest card in the sleeve of Year of the Goat. However, the other members were as good as Thomas too. Their drummer was performing without losing a note, adding filling all over and storming the drum-set every second. Pope’s parts with the mellotron and his backing vocals came upon to solidify the songs, taking us away into a ceremonial circle. The best moment of the Year of the Goat’s performance was ‘A Circle of Serpents’. What a song… the whole crowd was singing it while the band was rocking heavily.

The concert is absolutely memorable, but I wanted to hear more songs from every band. Everyone performed great and Year of the Goat stayed and chatted with everyone after the show. I am already looking forward for their next gig in Athens.  Now it is time for Thessaloniki to enjoy the magical music of Year of the Goat! 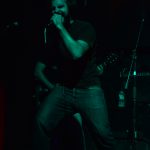 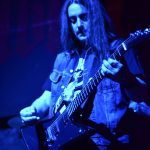 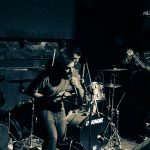 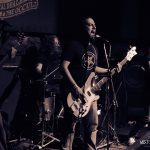 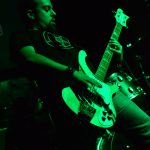 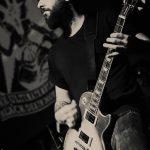 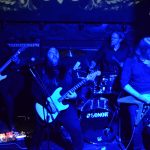 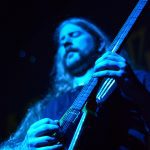 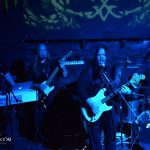 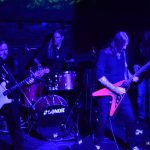 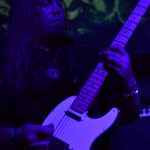 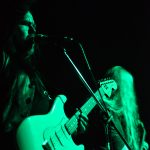 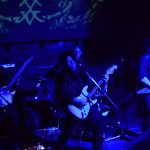 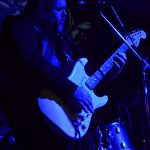 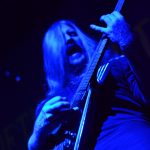 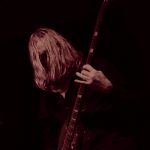 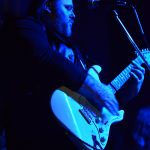 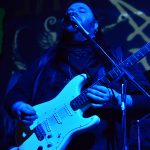 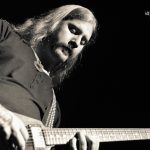 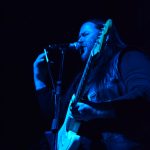 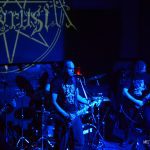 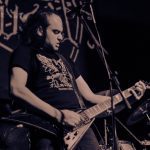 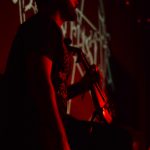