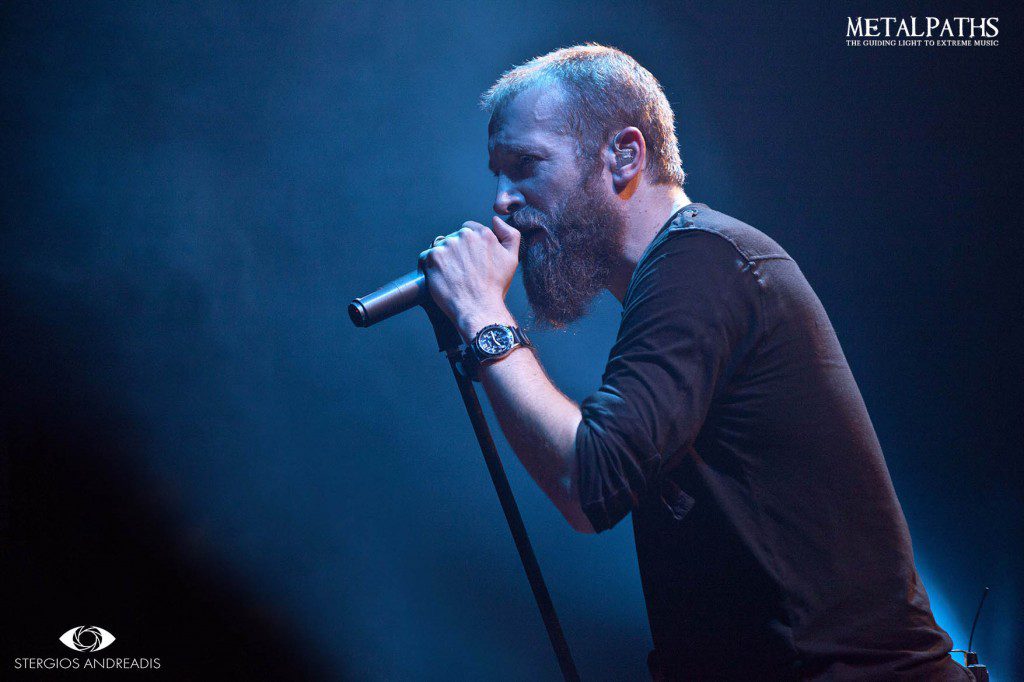 It has been long enough for the “Painless” residents of Thessaloniki city since the dark melodic music of Paradise Lost was performed live in front of us. It actually took them three years and two releases (Tragic Idol & Tragic Illusion compilation) to get back here.

Just a week before their first ever show with an actual orchestra on the same stage, that will certainly mark a point in the band’s history, the Thessaloniki show was the third in a raw of shows and the last one before this quite interesting event.

Doors opened at around 19.30 in the evening and I can say I was impressed, for it happened to be Sunday, when crowds here in Thessaloniki don’t usually prefer to entertain their ears this day. It was around 21.00, in the already really hot venue, that Potergeist (a Greek band) kicked off their appearance and they surely got the crowd going with their BLS/Pantera metal style for the next 30-40 minutes. With people still arriving while they were on stage they went off-stage in applauses because they deserved it!

The clock reads 22:00 the venue is almost crowded and everyone now looks really really sweaty (mainly because of the non-existing ventilation/ air conditioning). The lights go down once again,and  this time Paradise Lost hit one by one the stage, and there we have it, “Mortals watch the day” kicks off the setlist as an ultimate outsider. The band seems willing but I’ll say that something didn’t fit the image nor the sound. On the other hand of a willing band ready to impress older and newer followers with a balanced setlist of oldies and hits , there was a totally unresponsive crowd throughout the entire concert, seeming to move a little bit only on the “dance-oriented hits” – if you could call them that way- like “Erased” or the all-time classic “Say Just Words” etc. making me wonder if I’m attending  the right band.. 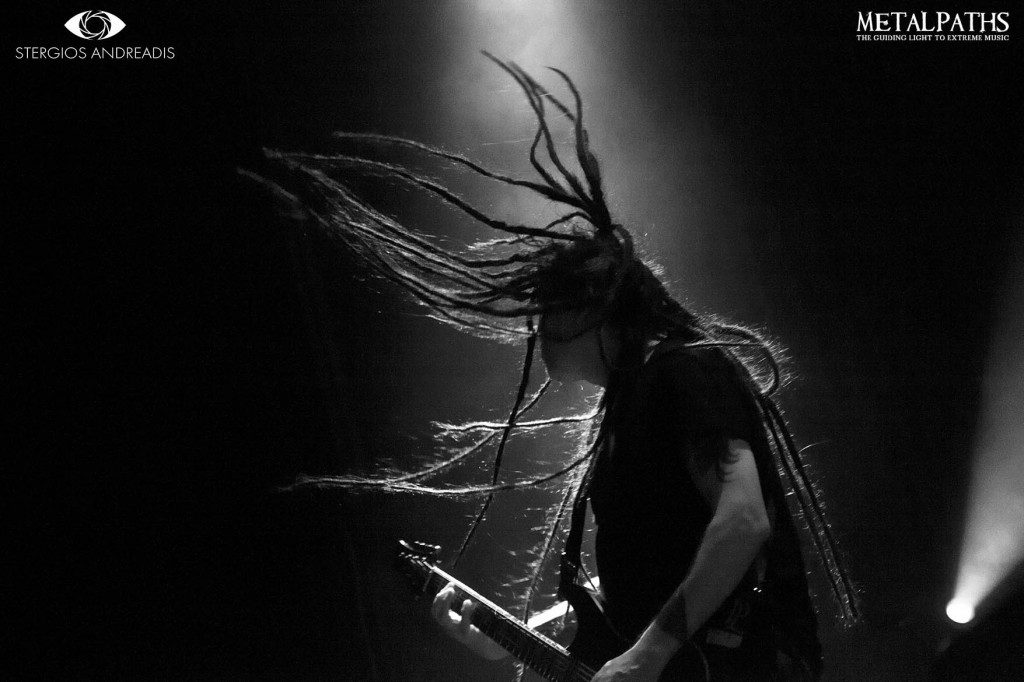 The rest of the show although didn’t continue as dynamically as it started. Nick Holmes seemed to have monitoring problems and generally he seemed to encounter singing problems during most of the songsif not in all of them. Sometime breathless, sometimes out of tune, and some other times out of time (mostly with his own pre-recorded backin vocals) it made me wonder what could be the excuse for so many mistakes because after seeing them up to 7 times the last 12 years never he had any of these problems before. Another problem would be the mixing of the guitars where Greg’s melodies sometimes covered every instrument, and Aaron really banged those stirings without being audible at all, which is another weird thing as well. Andrian and Steve on drums and bass really saved the band with thier tightness and performance this night undoubtely. 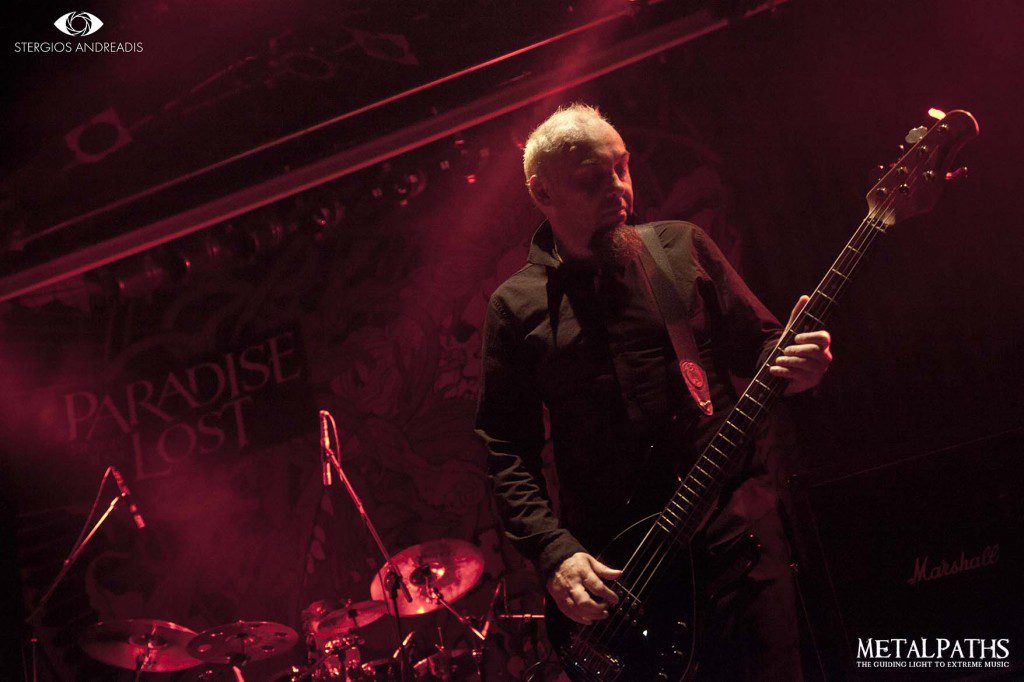 Overlooking the problems altough I can say that the night had some welcome surprises as fas as the setlist is concerned, with some blasts straight from the far past and some tunes that really hadn’t been performed for some years. Laying it all down every record had a song within the polaylist apart from album “believe in nothing” which was left out for quite obvious reasons and Draconian times/one second/paradise lost/Symbol of life who had 2 songs each on the setlist. Quite interesting to see a band with so many styles blending the colours of their music with courage. The duration though of the whole concert was a little bit small one could say – but in so many years that they’ve been here around never did I watch a larger –in duration- show by Paradise Lost so I guess it’s a matter of contracts. 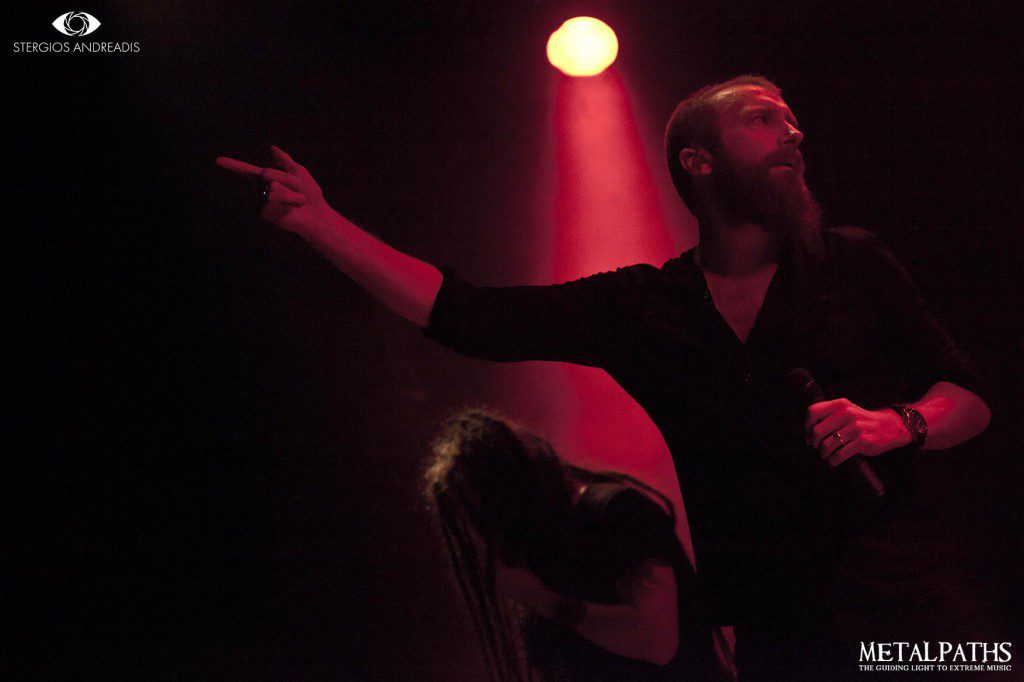 To sum it all up the night was quite bizarre, with the band having some performance problems but really in a good mood to entertain. The setlist being more split than ever to their entire carrier and not focused on some of their station-releases, which I think it’s apparently good and welcome for their future shows as well. On the other hand the crowd seemed stubornly steady to the old songs and quite energetic and participating on the up-tempo hits. Not quite a nice spectacle I would say, with mixed feelings after the show for both the band and the fans as well. At least not for somebody’s  8th time experience. Paradise Lost have proven to be far more better than that, and I’m sure the next one will be tones greater and more fit to their legacy.

Encore:
Rotting Misery
One Second
Erased
Over the Madness

Encore 2:
The Enemy
The Last Time 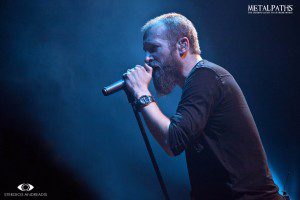 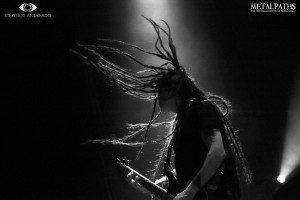 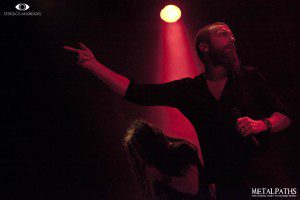 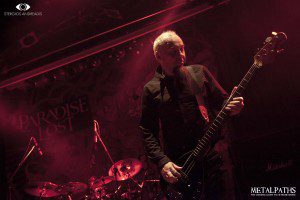 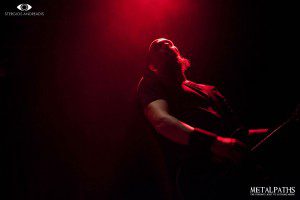 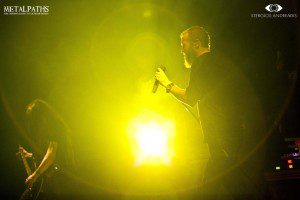 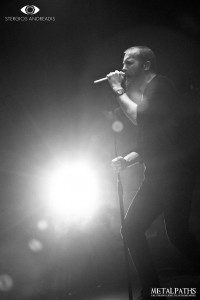