Watching for the first time BATUSHKA, a band that last year made a huge impression with their debut album (Litourgiya) was surely something I anticipated very much. Opening their live show here in Athens were BIO-CANCER and THE MONOLITH DEATHCULT. An interesting but dissimilar package.

With 40 minutes delay we entered the venue and 20 minutes later BIO-CANCER hit the stage with their speed thrash metal. With high energy and great enthusiasm the band did everything in their power to “wake” us from our litharge but it wasn’t possible. Regardless their good performance we proved a difficult crowd with some few exceptions. In 30 minutes play BIO CANCER for me why they are in the top thrash metal bands of our country. If I could notice something wrong with their performance was surely the sound which in some points was not so good. 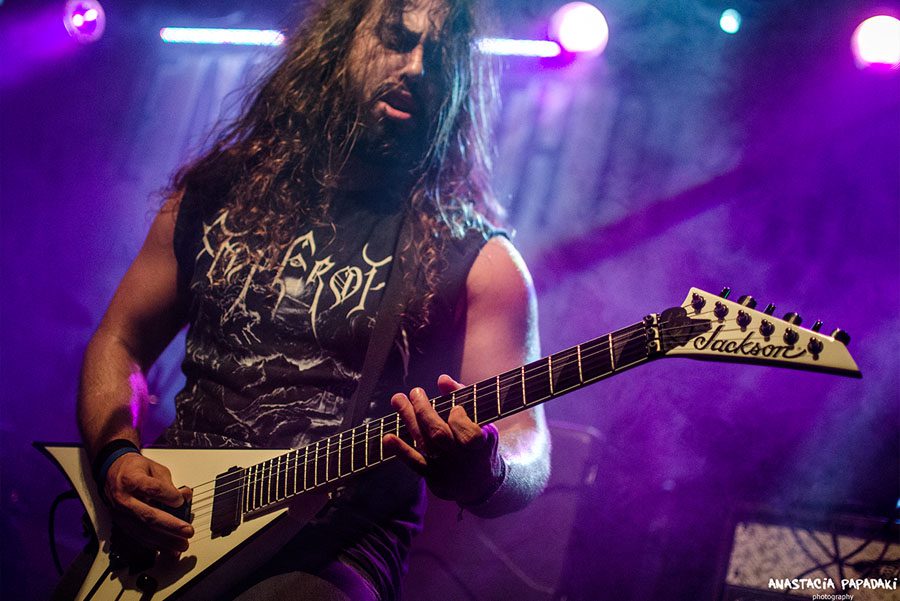 Well to tell the truth I hadn’t hear or see again THE MONOLITH DEATHCULT. The band from Holland (that’s how they introduced themselves) is a death metal band with electronic elements in their music. With a much better sound and a lot of loose on stage this band was more similar to the headliners. To tell the truth what I saw and heard made a great impression to me. Except maybe some song parts with beats and electronic music. And also I really liked the fact that this band on stage was like playing in front of friends, making fun with each other and generally looking that they were having a good time. 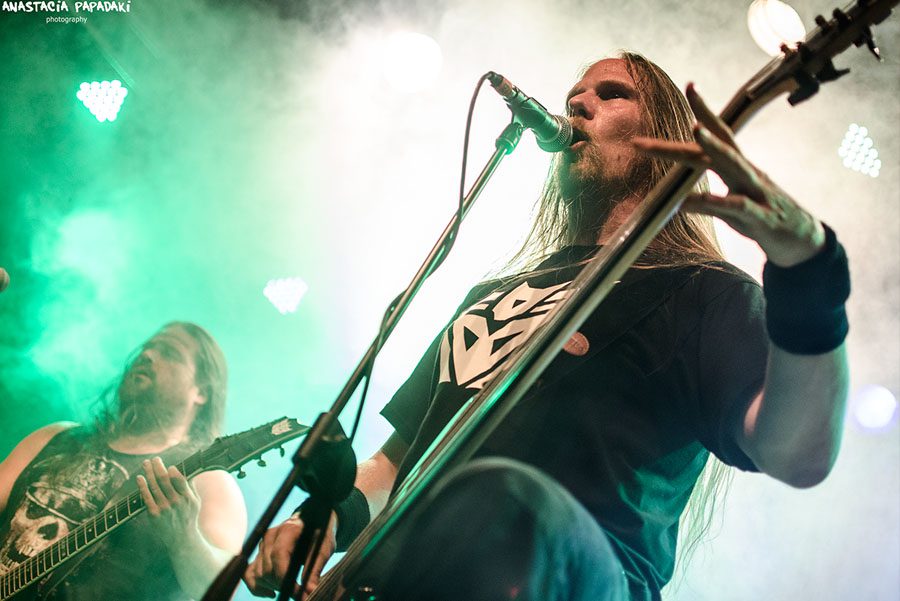 Now, BATUSKHA came out some time after 11:30. That alone was enough for me to gets me on my nerves. And I don’t believe I was the only one. Yes, we were going to watch something special but almost an hour of waiting is too much. Leaving aside this, musically they were great. I was really curious if they would manage to bring the atmosphere of their album on stage. And this is something they did perfect from the first to the last second. 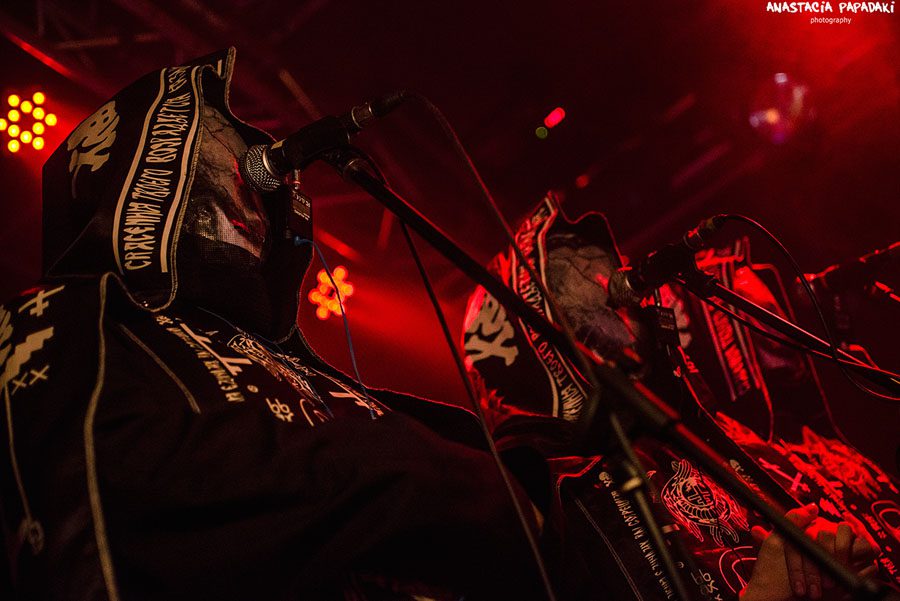 Of course “Litourgiya” was played in full and bumbling again about it, I can say once more that it’s an amazing album. As for the ritual that took on stage that night…candles, incense and their famous robes made the whole difference in the outcome. A proper “Λειτουργία” (Litourgiya) as it should be. And it was about time for the crowd to wake up and do some noise (or damage if you prefer). The band on the other hand was completely nailed to their positions. I know they were wearing robes but a little movement isn’t bad at all. 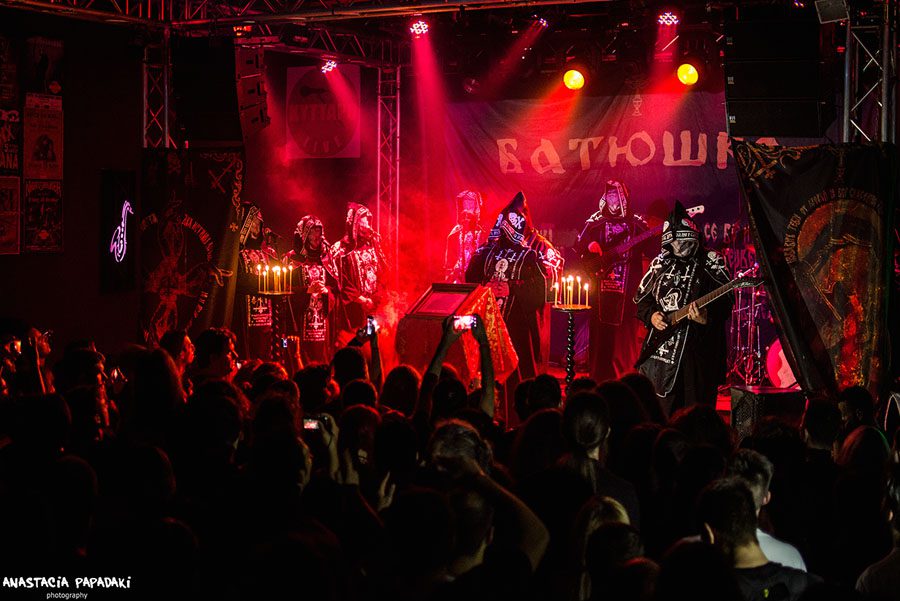 The general feeling in the end of the night was good. But inside me I think something was missing from all that. Something I still can’t describe even now. I enjoyed every band I’ve watched but telling the bitter truth I was expecting to be blown out from BATUSHKA….and yet this didn’t happen. And I can say that their music was not that factor.