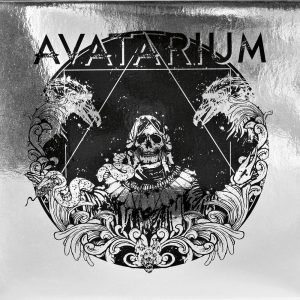 It is always a pleasure for an editor to find out bands which pop out like flowers in the spring time, with debut records that are graded above eight or nine to ten. Most of heavy sounding music genres need some new blood to bring them on the surface again, with doom to be at its golden throne again. Avatarium is a band I’ve never listened to before, and only a few persons have discovered the Swedish here in Greece yet. The band has released an EP earlier this year with one Black Sabbath’s cover (War Pigs) and two songs, which they were included to the debut record too.

Let’s get back to the ‘Avatarium’ record. Avatarium plays doom metal, heavy music, with keyboard to perform along those heavy riffs, creating an occult divine to characterize the music. Jennie Ann-Smith is the vocalist of the band and her voice is significant. Her vocal range is totally bonded with the doom riffs the guitars jam, helping the songs to become even better and unique. I have stated before that I am a ‘female vocal’s lover’, and my opinion is that occult metal or doom metal is actually quite better with a woman behind the microphone.

Trying to sound heavy and groovy, as well as melodic too, Avatarium have combined loads of guitar riffs and solos with groovier and lighter verses and choruses. The result is more than a satisfying one. The songs are pleasant and ideal for sing along. It is easily to remember each one of them. Avatarium is not the kind of record you will struggle to discover its meaning, it will catch your breath from the very beginning. There are plenty of acoustical parts in the songs, such in ‘Bird of Prey’, ‘Moonhorse’ and ‘Pandora’s egg’.

The Black Sabbath’s influences are easy to identify. Just listen to ‘Tides of Telepathy’ for example. From the groovy guitar riff, the vibratos and the lyrics, everything leads to the discovery of ‘Electric Funeral’ number two! The whole record is based on the guitars, which produce trippy or on the other hand harsh backgrounds, for the songs to unfold. The whole band is running after those beautiful guitar melodies and the magical vocals.

I tend to separate the record in two parts. The first one contains the first four songs. This part is actually the best in the record, with all four songs to be exciting and breath-taking. My personal favorite is ‘Boneflower’. This song is easily a strong competitor for the list of the most –sticky to your mind- songs. On the other hand, we have three more songs, the second part of the record. The last three songs are mostly mid-tempo ones, heavier and slower. All together make an interesting debut record, real dynamite for our ears.

I recommend the record to everyone who loves bands like Year of the Goat, Uncle Acid, Jess and the Ancient Ones or doom metal generally. The record will bother your record player for a long period of time for sure!