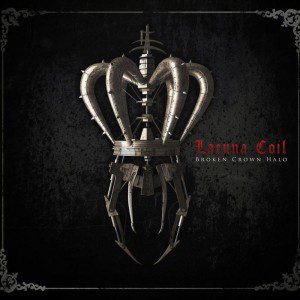 Lacuna Coil is an Italian Gothic metal band who formed in Italy, Milan, in 1994 by vocalist Andrea Ferro and bassist/composer Marco Coti Zelati. The band asked Cristina Scabbia, a friend, to sing background vocals briefly, which led to her officially joining the band . Along their way, their music was introduced as alternative rock / metal. Until now, they have released 7 studio albums, 2 EPs and many video clips. Their last album is ‘’Broken Crown Halo’’, which was released in by Century Media on March 31, 2014 in Europe, Australia and New Zealand, and on April 1 in North America. This is the last album to feature drummer Cristiano “Criz” Mozzati and guitarist Cristiano “Pizza” Migliore, who retired from the band on February 14, 2014.

Their debut album was ‘’In a reverie’’, which recorded after their second European tour. After that, they released ‘’Halflife’’ EP and, in 2001, ‘’Unleashed Memories’’. The studio album only had ten songs on it, but a future release included the five songs from the Halflife EP. They got in a better way by releasing the breakthrough album ‘’Comalies’’. The album received high reviews from certain corners of metal world. Album’s first song was ‘’Heaven’s a lie’’ and drawed the attention of media and radio and became a famous hit. By 2004, Comalies had become the best-selling CD in Century Media’s history. A bonus, extended version of Comalies was released both in stores and on iTunes. This version consisted of both live and acoustic versions of the songs “Heaven’s a Lie”, “Swamped”, “Unspoken”, “Aeon”, and “Senzafine” from Unleashed Memories.

Next album, ‘’Karmakode’’ was released on April 4,2006. ‘’Karmacode’’ considered as ‘’the biggest album in the history of Century Media’’ and took the 28th place on the Billboard 200. “Our Truth”, “Closer”, “Within Me”, and a cover of Depeche Mode’s “Enjoy the Silence.” Were the songs that officially released from the album. We can recognize ‘’Our Truth ‘’ as a soundtrack of the movie Underworld: Evolution. ‘’Shallow Life’’ is the fifth album of Lacuna Coil. The songs are more intense and complete. Andrea stated that they all gave special attention to the lyrics. We can notice the prominent voice of Cristina Scabbia in every song. Also, there are choruses who give a more powerful character to the album. The sixth album was ‘’Dark Adrenaline’’., which released on September 2, 2011. The album’s third single, “End of Time”, was released on December 12, 2012; the music video for the song was shot in Italy on October 17, 2012.

The latest album is “Black Crown Halo“, which was released a few months ago and in my opinion was not as good as the other albums. The sound is repetitive, and the lyrics are very common. The first song is called “Nothing Stands in Our Way”. There are no powerful solos and riffs to make you re-listen the album. Most of the songs are kind of trying to make an opening to people who don’t really listen to metal, and approach them, but they lack of new material and originality. ‘’I Forgive But I Won’t Forget Your Name’’ it’s another track which has the taste of something missing. ‘’Die & Rise’’ is a more powerful song than others, in the album, along with ‘’Cybersleep’’ and ‘’I burn in you’’, but they can’t make the things right and save the situation from the monotony that appears in the whole album. To tell the truth, there aren’t many interesting things to keep the interest of the fans alive. For example, the choruses that we noticed in ‘’ Shallow Life’’ and gave that powerful attitude, do not exist in the present album .

“Broken Crown Halo” was not a big success for Lacuna Coil, especially after comparing it with albums like “Comalies” and “Shallow Life”. There is a feeling that the band hasn’t enough good material to work with. That’s a pity because the band is quite loved by many fans, from different kinds of music, who appreciate the good work and the beautiful passionate voice of magnificent Cristina Scabbia. So, we hope for another better and complete work in the future.