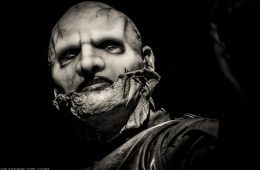 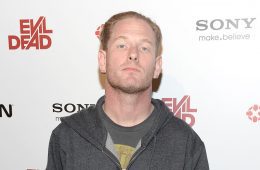 COREY TAYLOR: ‘I Might Step Away From SLIPKNOT At Some Point’

Panagiotis KaragiannidisFebruary 25, 2016
During an appearance on the latest episode of the...
03 min read 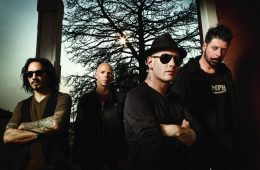 STONE SOUR Has No Choice But To Wait For COREY TAYLOR

Manos SpanosNovember 28, 2015
STONE SOUR guitarist Josh Rand says the band has no choice but to be patient with frontman Corey Taylor ...
04 min read 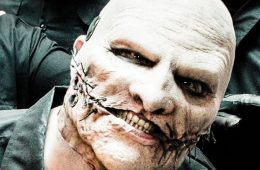 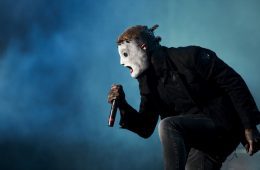 Manos SpanosMay 14, 2015
On the eve of the fifth anniversary of SLIPKNOT bassist Paul Gray's ...
03 min read 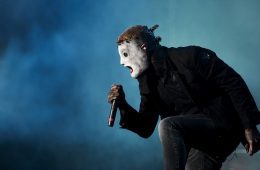 COREY TAYLOR: I Don’t Think We Will Ever See An End To RONNIE JAMES DIO’s Legacy

Manos SpanosApril 14, 2014
Corey Taylor recently spoke to Adam Lawton of MediaMikes.com about the SLIPKNOT/STONE SOUR frontman's involvement in "This Is Your Life", the tribute to album to legendary heavy metal singer Ronnie James Dio. A couple of excerpts from the chat follow below. MediaMikes.com: What was your first exposure to Dio? Corey Taylor: I got into Dio when I was still quite young. I remember seeing the video for "Rainbow In The Dark" on MTV. That was my first taste of Dio. It wasn't until years later that I realized he had this whole career with RAINBOW and BLACK SABBATH and even going back to ELF. When I saw that video it instantly became one of my favorite songs. There was just so much power and clarity in Ronnie's voice. It was like he could sing anything. When I went back years later and really explored his catalog I found his voice to be just so vibrant and he really became one of my favorite singers. MediaMikes.com: Did yours and Ronnie's paths ever cross? Corey Taylor: They did. I actually met and got to spend time with him shortly before he passed away. We met at the [Revolver] Golden God Awards [in April 2010] as we were both up for best vocalist. I never really root for myself at these things so I was rooting for Ronnie like crazy. I wanted to him to win really badly and he did. I was backstage doing an interview and Ronnie walked up so we in a sense hijacked him into this interview. Ronnie was everything I wanted him to be. He was just so cool and gracious. Even at the end he was fighting. It was really awesome to feel that from him. There was a mutual respect that he didn't have to put out there. I told him I was a big fan and he replied "likewise." That lit me up like the Fourth of July. It was very cool. I had seen him perform live a handful of times but to get to meet him like that meant the world to me. I was just crushed when he passed. MediaMikes.com: What do you feel is the biggest factor in Ronnie's ongoing appeal? Corey Taylor: I think it's a lot of different things. He was so good at fitting in with whoever he was playing with. He had his own style, but I think he was able to elevate the music to another level. Ronnie's material has a natural life to it, which is something a lot of music from that same time period is missing. Not to say that some of those bands aren't great, but Ronnie had this consistency to take things to that next level and put it over. I think that's why people keep coming back and rediscovering Ronnie's work. I don't think we will ever see an end to his legacy. Read the entire interview at MediaMikes.com. "Rainbow In The Dark" (featuring Corey Taylor) studio version: "Rainbow In The Dark" (featuring Corey Taylor) live performance:
03 min read

Manos SpanosMarch 27, 2014
According to The Pulse Of Radio, STONE SOUR/SLIPKNOT frontman Corey Taylor has called out KISS in a new interview with Radio.com over the public feud between the current band members, two original ex-members and the Rock And Roll Hall Of Fame over the group's long-awaited induction into the Hall next month. Taylor said, "On one hand, you're stoked being a KISS fan, but on the other hand it's, like, 'Can you guys just put aside your petty issues and realize that without one another you wouldn't have been able to do this? Can you just set stuff aside and do one show for the fans of the original lineup again? And then you never have to see each other again?'" KISS co-founders Gene Simmons and Paul Stanley firmly rejected the idea of performing at the induction ceremony with former founding members Peter Criss and Ace Frehley, despite the Hall's and fans' wishes. Taylor added, "Without (Frehley and Criss), the other two guys wouldn't be where they are! And that's just me layin' it straight! I might not ever get a kind word from anybody in that band anymore. But I think it's petty and I think it's ridiculous! Figure it out! Show respect, because sometimes it's not about you, it's about the fans." But Taylor, who has seen his share of turbulent times in SLIPKNOT, admitted that band relationships can be tricky. He said, "We're just crazy people who can't get along sometimes… Now add fame and money and all that rock and roll craziness to it — we're lucky we don't eat each other in this industry!" KISS will be inducted into the Rock And Roll Hall Of Fame on April 10 at a ceremony in Brooklyn, New York, along with NIRVANA, Linda Ronstadt and others. Taylor and SLIPKNOT are currently recording their first studio album since 2008's "All Hope Is Gone".
02 min read 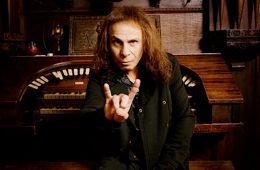