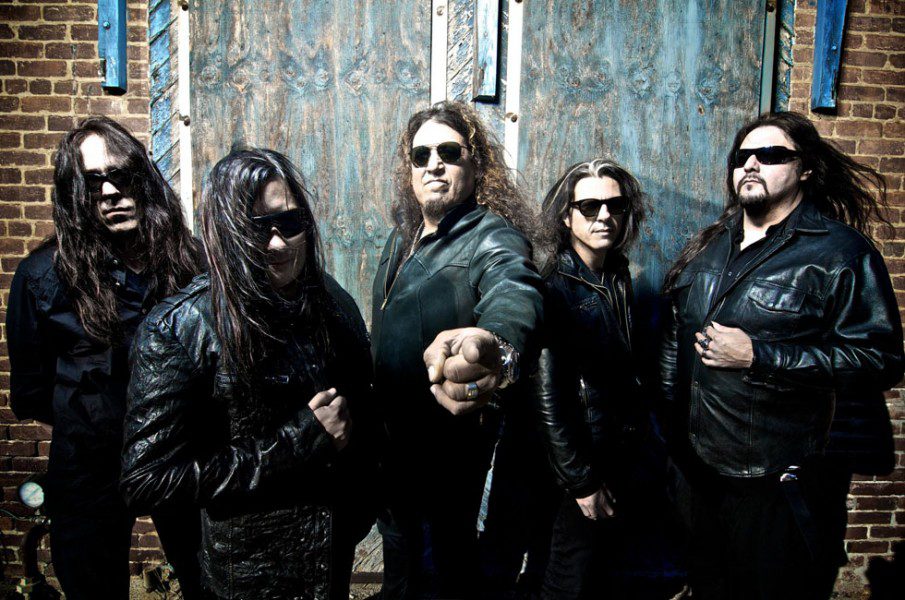 Manos SpanosApril 16, 2015
According to The Herald-News, a club in Joliet, Illinois oversold the TESTAMENT/EXODUS show ...
01 min read 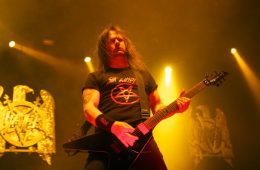 HOLT Has ‘No Shortage Of Riffs’ For SLAYER

Manos SpanosApril 3, 2015
In a brand new interview with Fuse.tv, Gary Holt was asked how his status as ...
02 min read 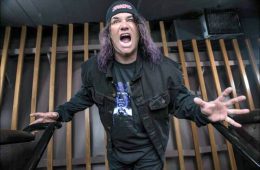 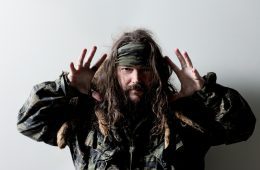 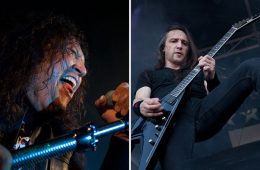 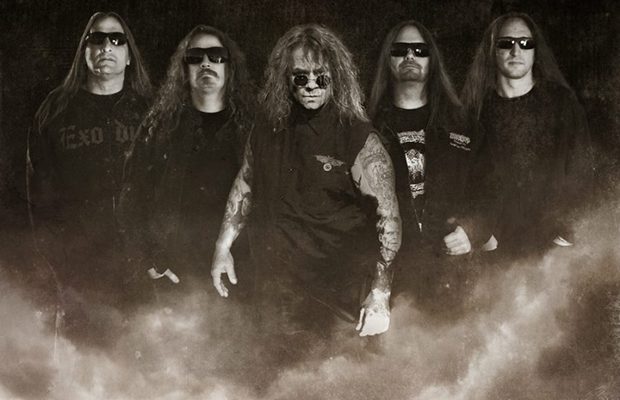 Manos SpanosSeptember 11, 2014
Last week, we reported on the insane story of an Exdous fan getting arrested and potentially charged with a felony. Thirty one year old James Evans from Central City, KY was the fan who was arrested and he recently spoke to Billboard recounting how his arrest went down: The fallout began that same day [Evans posted the lyrics]. Local police officers arrived at Evans’ mother’s house in Greenville, Ky., asking if she knew where he was. She directed them to her son’s house in Central City, where they proceeded to ask him if he planned on harming anyone, along with issuing a report on the situation. “I assumed the conversation got resolved,” says Evans, who works the night shift at a screenprinting store. On Monday, the officers returned to his house while Evans was at work, asking his wife what kind of car he drove and if he was in possession of any weapons. “They informed her that I may or not be charged,” he says. “They said they were going to talk to me at work, but they never showed up. I didn’t think it was that big of a deal.” At 8 a.m. on Tuesday, officers showed up at his workplace and issued Evans a warrant for his arrest. According to 14News, the warrant says Evans was arrested because, “he threatened to kill students and or staff at school.” “They never even cuffed me, just put me in the back of the car,” he says. “They knew I wasn’t dangerous. They were kind of shocked, too, because they thought it had been resolved. They just had to serve it because it was in their jurisdiction.” Evans is being charged with a Class C felony for "terrorist threatenings" which could lead to anywhere from five to 10 years in prison. A judge has delayed the case for six months so that Evans can get psychiatric evaluation. If he is proven to be sane, the charge will be stricken from his record. This is a whole lot of unnecessary stress over posting some lyrics to Facebook, no? Billboard also interviewed a lawyer, David Greene, who said this is a pretty ludicrous charge: "Generally, statements are protected by the First Amendment," he says. "There's an exception for true threats, which are threats of violence directed against a person that puts that person in a state of fear. There's absolutely no basis for thinking this person was doing anything more than quoting lyrics, or that he intended to put any person in a state of fear or carry out any action of attack." It's obvious that Evans had no plans of attacking any schools and really, these cops can be better served solving actual crimes. But this proves two things: Be care what you post on Facebook. Don't live in Kentucy.
02 min read

Manos SpanosAugust 1, 2014
San Francisco Bay Area thrash metal veterans EXODUS will release their new album, "Blood In, Blood Out", on October 14 via Nuclear Blast. The album art was illustrated by Swedish artist Pär Olofsson, known worldwide for his incredible renderings that have graced the covers of countless heavy metal albums, including EXODUS' "Let There Be Blood". The concept for the art was impressively envisaged by Olofsson based on the album title alone, as guitarist Gary Holt explains: "The concept came from Pär Olofsson. I fed him the title and he immediately came up with the final concept, and it's perfect! One of my favorite covers we've ever done and it fits the title and theme to a T!" "Blood In, Blood Out" will be EXODUS' first since the departure of the band's lead singer of the past nine years, Rob Dukes, and the return of his predecessor, Steve "Zetro" Souza, who previously fronted EXODUS from 1986 to 1993 and from 2002 to 2004.
01 min read