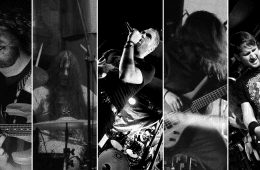 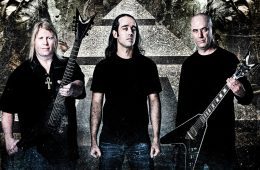 Panagiotis KaragiannidisMay 28, 2015
The reigning kings of technical, historically-themed brutality, NILE, are currently in the studio wrapping up the mix of their upcoming album "What Should Not Be Unearthed".
03 min read 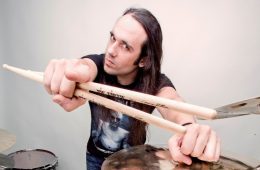 KOLLIAS: NILE’s Next Album Will Include ‘The Most Difficult Song I’ve Ever Played In My Life’ 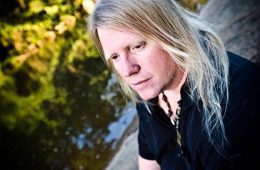 Manos SpanosFebruary 19, 2014
NILE mainman Karl Sanders has slammed fans who insist on shooting photos and video at the band's concerts, saying that they are not "involved in the show" and are cheating other people out of a place where they could be enjoying the music. Asked what it feels like to be looking at the audience at NILE's concerts and seeing so many people holding up their cell phones during the performances, Sanders told Metal Wani's editor in chief Owais "Vitek" Nabi during a recent interview (hear audio below): "When you are taking your phone, your cell phone, or your video camera, or whatever it is, and you're busy filming the show, you are not in the show. You are no longer a part of the experience. "When people are involved in the show, when you're listening to the band, you're watching the band, your fist is there, you're headbanging, you're moshing, you're involved, then you are part of a singular community experience." He continued: "All of us are focused on the same energy, and that's an incredible experience. And you can feel that — it's real — and the band and the fans, they unite, they're together… So when I see people out there, you know, with their cellphones, texting or, you know, filming the show, or whatever, they're missing out on an incredible, wonderful live experience that they could be part of. And that hurts me, that discourages me. "What if you are in bed with your girlfriend, and you are making love with her, and she's texting? "In fact, it bothers me so much that if people do it right in front of me, I will take their cell phones from them. If they're going to, like, stick a camera, or a cell phone camera, or a video camera right in my face, I'd say, 'Fuck you, Go away. Go twenty feet back.' Because that place right in the front, that should be for someone who really wants to be at the show, who wants to get involved. And if you are texting or whatever, you're cheating that fan out of a place where he could be enjoying music." NILE will tour the United States once again this April and May, with 27 shows supported by three of the best local bands in every market. NILE will play a massive set with music spanning their entire prolific career, including several never-performed-before-live songs. NILE's seventh full-length album, "At The Gate Of Sethu", sold 3,800 copies in the United States in its first week of release to debut at position No. 131 on The Billboard 200 chart. The CD landed at position No. 2 on the Top New Artist Albums (Heatseekers) chart, which lists the best-selling albums by new and developing artists, defined as those who have never appeared in the Top 100 of The Billboard 200.
02 min read 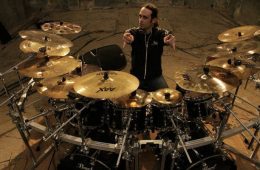 Manos SpanosJune 23, 2013
NILE drummer George Kollias is at 9800 Studios in Athens, Greece with with engineer Antonis Kontozoglou putting the finishing touches on the pre-production for his upcoming solo album. Kollias is scheduled to begin laying down drums for the CD on July 15. He says: "[I am] really happy with the songs so far." A new video update from the studio can be seen below. Kollias' solo album is primarily set to show off some of George's craziest metal drumming to date, is being completely written and recorded by George, including the guitars, bass, keys, vocals, and percussion. It will also feature a DVD of the recording process. Hudson Music last year released George's "Intense Metal Drumming II" instructional DVD. Produced independently by Kollias, and appearing on the Hudson Ltd.label, this brand-new two-disc set comes four years after George's first instructional DVD release. Since then, Kollias has become known as an international authority on extreme metal drumming, and this DVD is a must-have for anyone interested in this topic.
02 min read 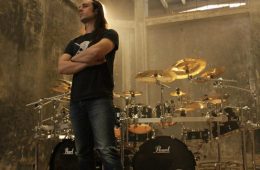 Manos SpanosJanuary 28, 2013
OUTLOUD, the Greek/American melodic hard rock band that made waves with its self-titled debut album in 2009 and the follow-up, "Love Catastrophe", in 2011, is...
01 min read 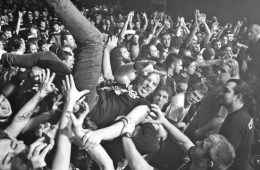 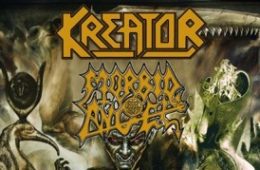