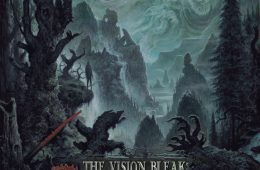 Review: The Vision Bleak – The Unknown

Paris DimitropoulosSeptember 21, 2016
The horror story tellers are back. The duo from Germany delivers a dark horrific and epic album, full of inspired music. Knowing the band since their first albu...
02 min read 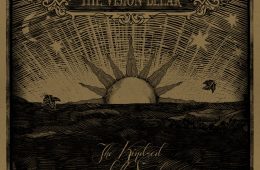 Review: The Vision Bleak – The Kindred Of The Sunset (EP)

Maria AgaJune 7, 2016
For those who not familiar with THE VISION BLEAK, a small introduction needs to be made. They come from Bavaria, Germany and have been active for fifteen years ...
01 min read 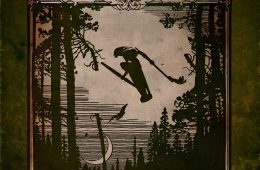 Panagiotis KaragiannidisMarch 5, 2014
I have to admit that The Vision Bleak where never one of the bands that provoked me with their sound/ music even back in the beginning when the majority of the Gothic Metal community was impressed by their debut album.
02 min read 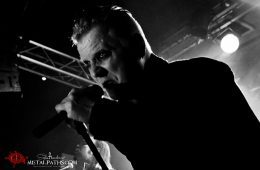 Manos SpanosFebruary 17, 2014
It is a great week for the Athenian metal fans, as The Vision Bleak are visiting our country for the very first time, being part of the large number of great bands who include Greece in their tour destinations. The band is about to perform in Kyttaro, supported by the Greek melodic metal band Caelestia. The Vision Bleak, as well as Caelestia, have released their latest records in the past year, and are about to present them in front of the fans this Saturday night. Let’s take a look at what happened last night, the night we partied hard with the living dead… The show started on time, as planned, with only about the half of the fans showing up early to watch the support band (a usual behavior for the fans and a negative one too). Caelestia walked on stage and began the set of their show. For those who are not familiar with Caelestia, the band (previously named ‘Me and Myself’) is a band characterized as a melodic metal one, including gothic metal elements in their sound. The band is mostly female-fronted, but male vocals (mostly brutal) are included in their songs too. ‘Last Wish’ is the title of the debut record of the band, released in 2013, with a few important guest musicians to participate in. Caelestia performed songs off ‘Last Wish’, as well as new ones. With a forty minutes setlist, the band performed with energy and a great mood. The members were well coordinated and tied perfectly together. At first, there was a major problem in the sound; I wasn’t able to hear the lead guitar. The problem got solved and the sound became better after a couple of songs, as the performance progressed. The ideas, which Caelestia present as a band are great, however the great minus in the live performance of the songs is, in my opinion, the large number of pre-recorded vocals. The guest musicians in the records are great, however, on stage, I feel that the lead vocals should be sang by a member of the band. That would be better for the fans and it will hopefully help the band with their live performance. Caelestia ended their set powerfully and the time for The Vision Bleak to perform has come. Konstanz, Schwadorf and their on stage musicians walked on stage, beginning their set with Hexenmeister. We had the chance to hear a lot of songs off ‘Witching Hour’, as well as of their past releases. ‘Night of the living Dead’, ‘Wolfmoon’, ‘The Deathship Symphony’ and ‘Kutulu’ are only some of the songs we had the chance to hear yesterday. The sound was great, except the fact that Schwadorf’s microphone should be a little louder, so as to be able to sing better the secondary vocals. The Vision Bleak are great performers. They totally surprised us with the great energy of Konstanz on stage. He can act like an actor as far as his facial expression is concerned and as a great singer as far as his voice is concerned. The band was perfectly bonded, totally shaking the stage while performing fast and groovy, as well as in the slower, doom metal parts. The fans sang along in most of the show, with ‘Kutulu’ and ‘The Deathship Symphony’ to be the best moments of their large live set. The show ended and I felt the need that The Vision Bleak needed to perform more, despite the one hour and a half of their show. Usually, only a few bands of the specific music genre manage to deliver a perfectly version of their songs, because of the pre-recorded keyboard parts and the orchestra. However, The Vision Bleak was prepared for everything, having worked on every detail for a live performance. Closing the report, I would like to congratulate both bands about the amazing night and wish the greatest wishes for the future!
04 min read 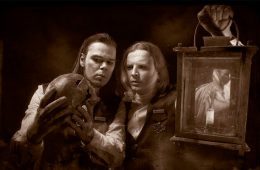 Panagiotis KaragiannidisFebruary 11, 2014
Mystical, etherial, ritualistic..the many faces of Vision Bleak! With a numerous releases and a great reputation in...
010 min read