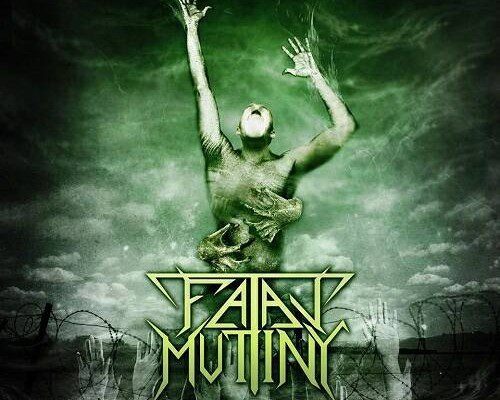 Another killer Greek band in the field of Thrash metal comes from Ioannina city, showing that Thrashing is not an Athenian privilege: Fatal Mutiny! Making lots of live shows (especially with their comrades and previously reviewed Chronosphere) they (like every self-respecting band) made a name for themselves. They belong in the field of Technical Thrash influenced by bands like Annihilator, Voivod, Kreator and Testament.

Their debut album “Existence In Extinction” kicks in with “Bloodlust” and its technical intro leading to a midtempo track then into a groovy chorus and some great soloing and rhythm parts in a song clocking at over 6,5 minutes. The vocals remind me mainly of Kreator and maybe Sadus. “Abandon All Hope” follows up to bring up the speed in the album ripping fast with an intro that shows the audible bass in the record, including a headbanging groovy chorus and great soloing. The title track kicks in with a more technical Thrash riff, bringing Kreator of the “Terrible Certainty”-era to mind with top notch soloing and a kick ass chorus.

“Damage Decontrolled” comes ripping fast ending in a catchy chorus including some more awesome solos. One of my personal favorites on this album. A drum intro leads us to “Figure Of God” a mostly midtempo track with some technical and fast parts. “Lament Of A Soul” begins in a way that reminded me of “Individual Thought Patterns”-era of Death a lead ending in a technical intro and from there into a midtempo part and a ripping fast Thrasher with lots of twists an turns in the solos ending in a fast track.

Another fast track follows with “Closer In…Time Is Gone” without many tempo changes, showing a song meant for live shows. The second album epic, clocking at over 8,5 minutes is “Ligeia”: starts fast with a kick ass riff, then goes mid tempo with an atmospheric break and from there into a top notch lead and never-ending solo then back to the original mid tempo part. The final track “Hostile Vortex” is to be shot as a video clip for the band, an aggressive, fast song sure to make some heads roll from headbanging in their shows, bringing even a bit of Slayer to mind and ending with a really cool bass/guitar outro.

What we have here from Fatal Mutiny is a killer tech-Thrash record and one of the best for 2014. Amazing production making every instrument audible, amazing performance by every single member and great songs overall. What more can a Thrash metal fan ask for? NOTHING apart from a hard copy of this album on his desk. Well done!!