The new video from Brazilian/American metallers SEPULTURA, “Phantom Self“, can be seen below. The Mauricio Eça-directed clip delivers haunting images and sociocultural criticism.

“Phantom Self” is taken from SEPULTURA‘s new studio album, “Machine Messiah”, which will be released on January 13 via Nuclear Blast. Inspired by the robotization of our society, the disc was produced by the band and Jens Bogren (SOILWORK, OPETH, KATATONIA, AMON AMARTH) of Fascination Street Studios in Örebro, Sweden. The CD’s stunning cover artwork was created by Filipino artist Camille Della Rosa.

“‘Phantom Self’ starts with a short intro based on the Brazilian rhythm ‘Maracatú’, originally from the Northeast region of Brazil”, explains SEPULTURA guitarist Andreas Kisser. “We mixed this very Brazilian sound with violins performed by a Tunisian violin ensemble, the Myriad Orchestra. This was a suggestion from Jens Bogren, the producer of the album, who worked with this orchestra before and he thought it could be a nice combination. We used the violins on different parts of the song and that opened a lot of new possibilities, especially for my guitar parts.”

He continued: “It was great to have that conversation between guitar and violins, making the part even more special.

“It’s a very heavy song, with a lot of groove, one of the most complete songs we ever worked with, and it’s taking SEPULTURA to a new level!”

Adds SEPULTURA singer Derrick Green: “The lyrical idea came from an article that Andreas sent me. It was about a young man who had everything going for him and unfortunately was in a horrific car accident in the ’70s. After the accident, he lost his entire idea of who he was. No one could figure out what was going on inside his mind. He would have glimpses of his former self but doctors realized that chemical elements of his mind had shifted. He had become an entirely different person within himself.

“There is this element of change that exists within all of us. This ability is important for our evolution as human beings to move forward even after traumatic events.”

According to Green, “Machine Messiah” sees him and his bandmates continuing to take their sound in new, previously unexplored directions, something that has become somewhat of a SEPULTURA trademark. 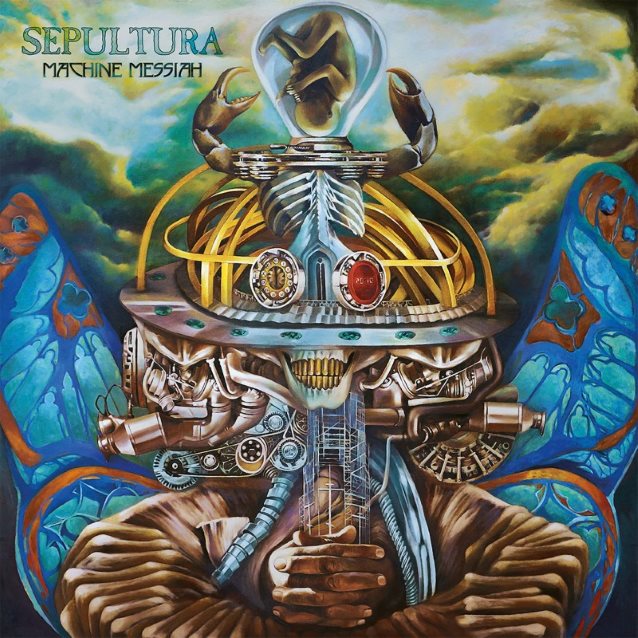