I don’t know if there is a band which we can identify Tim Ripper Owen’s name. Tim is a huge music legend and left his stain to many bands like Iced Earth, Judas Priest and Malmsteen. Tim, who was really active during the last period, talked to Metalpaths about his solo project “Play My Game”, the “Hail!” project, the new album of Beyond Fear. In addition, he talked for his bright past when he was a member of both Judas Priest and Iced Earth.

Hello Tim, how are you? Where do we finding you at the moment?

Hello, I’m home in Akron, Ohio doing a bit of promo and drinking a ton of monster energy drink…man that is some good stuff.

I can see that you are very active at this period of your life as you have already done your solo project and also you are giving couple of shows with Hail. Would you like to tell us a few things about “Play My Game” project at first?

This cd really rocks. I think that it is my best to date and it is me and me having fun! You have definitely to check this out; I’m looking forward to see the feedback of the fans. I’m sure that you’ll love it.

You are the only songwriter? How long were you working for the composing of the songs?

Well I wrote the half album myself and the other half with some other guys; Chris Caffery, Bob Kulick, John Comprix and Mike Callahan! It took a while, I like to take my time and make sure that the album have a nice flow but wasn’t all the same.

Your biography is really interesting. You have worked with Malmsteen, Iced Earth, Judas Priest etc but it’s the first time that you made a solo project. Was it something that you were thinking for years?

Not really… I love being in Beyond Fear and was looking forward to work on a new cd with them, but this came up and the timing was right. So I jumped at it and it paid off. 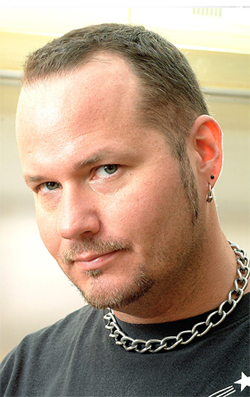 Are you thinking of playing the songs of the album live or it’s just an album project and that’s all? If yes what line up do you have in your mind?

Yes, I will definitely give some live shows. I am supporting Heaven and Hell on some shows in Europe and playing in Sweden Rock and Download festival. I will take David Ellefson, Chriss Caffery, John Comprix and Simon Wright with me. It is going to be a blast. Maybe I will get to Greece soon with a killer line up like this.

There are really great musicians that featured in the album. Would you like to name us a few and tell us about your co-operation with them and why you chose especially these people ?

Well, I’am a pretty damn lucky guy with the fact that I have worked with these guys. I mean watching Billy Sheehan do his thing and all of the players on this cd are amazing. They did a great job.

Do you have any plans of collecting material for a second solo project as well?

Yes, I will do one again 100%. Now it’s time for Beyond Fear but another solo cd will be worked on down the road.

So you are working on a Beyond Fear album?

Yes we do and it is going to rip your face off! (laughs)

What about the Hail project? What kind of band is this and how this idea came out?

It is a metal band of all stars that comes to you town and has fun playing metal classics. It is a blast! David Ellefson talked about doing this a few years ago, then a friend of him, Mark Abbitista, put this thing together. Pretty damn cool.

During your entire career you have been twice in the situation of being replaced by the first singers of the bands you were working with. Could we refer to that fact as a “bad luck” or you believe that this was something unavoidable which would happen now or then? Do you still have a good relationship with the members of Iced Earth and Judas Priest?

It wasn’t bad luck, it had to happen. I think that on the contrary it is a good luck for being the singer in the first place and I do have a good relationship with the guys in Judas Priest. They are real good guys and friends. 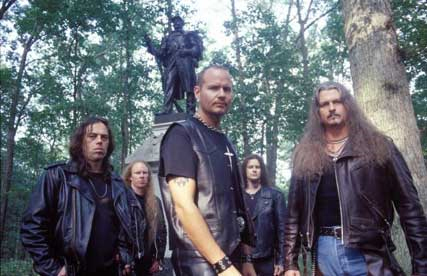 I guess that you had answered to these cliché questions hundred of times in the past but I would like to ask you what are your best memories with Judas Priest and Iced Earth and how was to be working with them?

Well working with Judas Priest was a great memory itself and then being nominated for a Grammy in 98 was kick ass. Also making all the friends that I did is something special! The Iced Earth thing was good as well, I had a good time and made some really cool albums.

So what are your upcoming plans? Are you going to tour with Hail or what?

Well we just got back from Greece! It was amazing there. We will be doing some more shows in September and I’m looking forward to it!

Moving back to the album, are you satisfied with the result and the production of “Play My Game”? What are your expectations of the album?

I think it sounds great! I mean we have 25 or so players on there and the cd just roll along and the sound is great!

What’s your point of view for metal music nowadays? Do you think that maybe the epic/power/heavy metal is dying a little bit and the crowd turns it’s attention to the more modern genres like metalcore etc?

Well it is all metal to me. I’m an old man so I stick to the old bands. But it is metal even if it’s new, old, black or death. It’s all metal my friend.

Is there anything else that we should know or you would like to notice ?

So Tim thank you for your time.