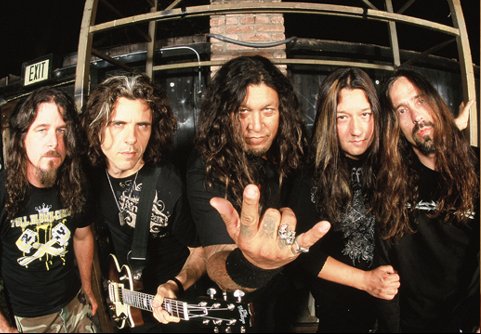 We had to wait long time for Testament to finally release a new album but it was worth the wait since the American thrashers gave us a real killer new record. So, just some hours before their live show in Rocking Athens festival, their founding member and guitarist of the band Eric Peterson explains to Metalpaths the reasons of this long-time studio-break talks about their new album and shares with us his future plans.

Many years have passed for Testament to finally release a new album. How do you feel after all these years to play live a new material and what where the reactions of the fans so far?

It’s been great. I mean, it’s been like eight-nine years since we got a record out and it’s cool to have the original guys back and the sound that we went for was more like just the best of everything we’ve done, I mean “The Gathering” style and the older style and the reaction has been great. Everybody seems to like the record a lot. Some we put our heart in it so we were pretty confident it was going to be good.

Did you enjoy being again in studio with Testament? Or you prefer playing live?

I like creating, you know I’m an artist so I like to create new music because there is a lot of fun watching songs come together and then hearing them as a fan. Being a metal fan, you desire to hear a new song, so it’s pretty cool.

Why did we have to wait for so long for a new release? Is there a special reason for that studio-break ?

Yes, there are a lot of things that happened. One of them is that Chuck got cancer, that was a big thing you know, and there are a lot of other little things that happened, I broke my leg, different member changes coming in and out of the band, a lot of touring opportunities, and time just flew by quick. So before we knew it, it was eight years, but I think it’s worth the wait though, I think it was meant to be how it happened.

And are you finally satisfied with the result of the album? 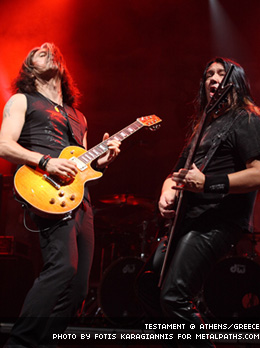 Yeah, definitely. I think its good, like I said earlier it’s the best of all our styles. I think if we would have put another record out after “The Gathering”, like 2003, I don’t know if it would be that good. It took a lot of experience and things that have happened to us like I’ve mentioned before, Chuck’s illness, me breaking my leg, struggling in life, metals about the struggle in life.

Chuck said in an interview that you have been really pressed in the past from the label’s side to release new albums. Tell me, how difficult is it for a band to face all these kind of problems?

We just kept making excuses. “Oh, I got to go tour!” or “We don’t have that with the guitar player (probably meaning the sound they wanted), we got to get a new guitar player now” or whatever, but we knew that the time wasn’t right, and we knew that eventually everything would fall into place. You know, you get the request, but you got to do what you got to do.

Do you have any plans for a future release? What are your direct plans right now? Maybe it’s too early to talk about it?

We‘ve been doing a lot of shows promoting this record and there are a lot of ideas left over after this last record. So we are planning in October or November to start working on new material and I think that we’ll have a new record out on 2010, so we’re not going to wait eight years.

So do you have some songs already ready?

Yeah. No titles or vocals but a lot of music.

How was to cooperate with Dave Lombardo? Shall we expect any guest appearance in a future release or a show?

Probably not. That time period happened for whatever reason it happened. Dave was part of “The Gathering”, which was a good success for us and him. I think a lot of Slayer fans, or even Dave Lombardo fans, would agree that that’s one of his best records. We kind of brought him back from not being the Slayer drummer, he kind of drifted out, but I think that put a new energy into him and I’m glad he’s back in Slayer. Probably not but you never know…

What differences can you see between the 80’s thrash metal and nowadays? Do you think that thrash metal should be played in the classic 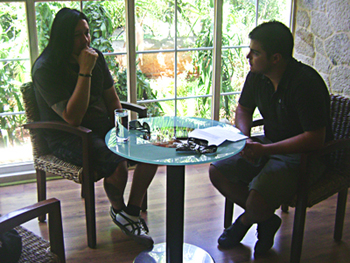 old-school way with a more dirty production or you think that the bands should try more modern ways and experiment with the music?

When you label it old-school metal or thrash metal or death metal or whatever, if you label like that, you have that people are going to expect a certain style from you, but as a musician, you’re always going to try different ideas to incorporate that sound. I think for Testament, we understand who we are and what we’re about, but we’ll always try to imply or try different styles to keep it fresh. Kind of what we did on our new record, going back to our older school and style, and then mixing it like “The Gathering”.

So when we are talking about a new album in 2010, what shall we expect as it comes to the music?

Any experiments or a classic Testament album?

Probably a little bit of both, like I said more. We haven’t had a slow song, like “The Legacy” or something like that for a long time. In the last record we worked on we had a great slow song that we didn’t put on the record, because locally it wasn’t done, but it’s a really good song and I think it’s going to go on the next record, so I’m pretty excited about that.

We are a few steps before the end of 00’s. How productive was this decade in your opinion as it comes to metal? Do you notice any highlights? Which was your favourite release of 00’s?

Oh… that’s a good question! There are a lot of bands and a lot of different styles in music. I think in the early and later 90’s, for me, there’s a lot of black metal stuff that was really good and I think we’ve seen, like you said, that in the 00 decade, a lot of those bands stepped up and did their best releases. Bands like Dimmu Borgir, Old Man’s Child and stuff like that. That’s my opinion, I like stuff like that. But in specifically, the best record…I don’t know. There are a lot. 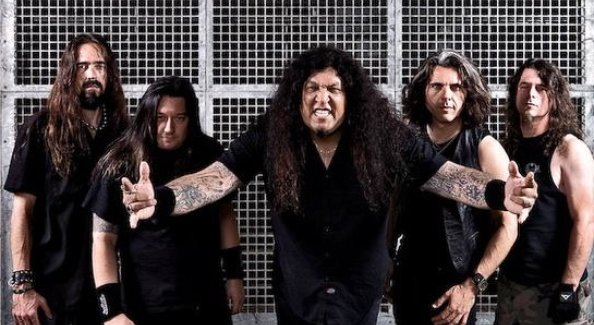 Could you compare the 00’s decade with the previous one? What differences can you see, do you think that in comparison with the past, things are better or worst nowadays?

Well, a lot of the 90’s I think there was a good surgence of metal, like Sweden had a big surgence of thrash metal, almost like the Bay-area of the 80’s, and now a lot of those bands are big, and in my opinion a lot of them have lost their way. They don’t have that sound they used to have anymore, they start faking too much. The 90’s was a good time, the late 90’s, when a lot of bands started to getting heavy again, because the early 90’s was the grunge thing, and the late 90’s is where we see metal is coming back.

How do you imagine the next decade? Difficult when it comes to music? Can you see any future for metal ?

Yeah, I think it’s going to get better actually! I think there are a lot of fans out there that are really discovering that everything comes around, in like, 20 years, so I think there are going to be a lot of. There might be some newer bands, I’m waiting for another Led Zeppelin something, you know? But we’ll see.

So you think that we can hope that a new group will be as huge as Led Zeppelin or Iron Maiden?

Yeah, it’ll be cool, maybe it’ll be us! Maybe we’ll write down one song…

Now I would like to ask you about a personal project you have, Dragonlord. Are there any news that we should know about this project?

It’s kind of being on hold, because of how busy we’ve been with Testament and stuff, but I have plans to work on that, it’s kind of my project, different members have come and gone.

Well, at the beginning I wanted to be active, but it’s like starting over and it’s really hard. And especially, Testament started getting more success again, so it’s kind of hard for me to do both. But I do have plans to do another record. Probably half the record is written already, so probably record something this winter.

Thank you for the interview. I don’t know if you have any message for the Metalpaths fans or something that you would like to add?