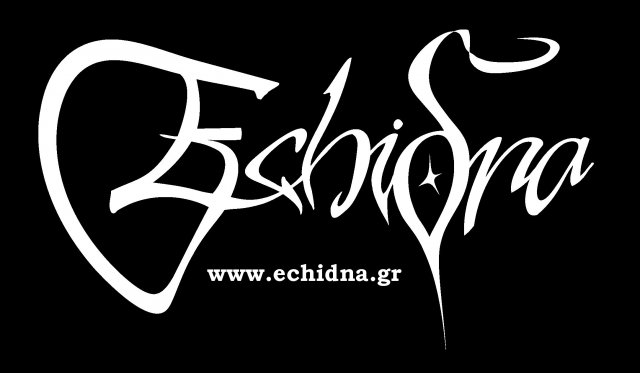 Echidna has been one of the bands that struggled a lot in order to become who they are today. After hard work, losses and line-up changes, they finally managed to release their first full length album, entitled ”Manifests Of Human Existence”. The singer of the band Theo Deligiannidis gives us all the answers about the hidden magic in their music, and what is about to follow next.

First of all, we’d like you to introduce the band to the readers of Metalpaths and give us a short bio of your presence so far.

Echidna was formed in 2005 with a five-piece line up. We worked on our own material and recorded our demo titled “This suffering” in 2006. After that we continued with new songs only to start the recording of our debut album “Manifests of Human Existence” that was released a few months ago. In the meantime Echidna have given several live shows in Greece and abroad. 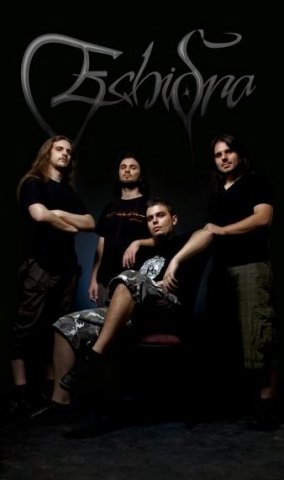 Finally, your first album is out. Tell us how long it took you to create it and if you are satisfied with the final result.

Due to personal setbacks the creation of this album took more time than we initially expected. We began working on new material after finishing the recordings of the demo so the entire production lasted 4 years more or less. Nevertheless, we’re satisfied with the result, as both the musical and lyrical part of the album fill our expectations for creating a metal album that talks about the modern human society.

I like very much the song titles. Can you give us some details about the lyrical concept of the songs?

The lyrics are the part of a general concept that revolves around the idea of the human mind and how the latter reflects on social behavior and existential pondering.

Name some of your personal and general influences of the band. To me, the album has the aura of Chuck Schuldiner’s presence in many moments.

It is true that Death is probably the most important of our influences. We’re mostly influenced by the early death/prog scene with bands such as Cynic and Atheist but also by modern death metal bands like Meshuggah, Textures and Necrophagist.

How easy or difficult is for a Greek band to chase its dreams and do something new and special nowadays? Which other bands from our country could achieve something by their music?

During the past years it was not so easy for a Greek metal band to be more widely known. The musical culture in Greece does not have enough space for metal, it’s even worse for extreme metal. Despite that, we believe that the Greek metal audience is nowadays more “friendly” to Greek metal bands, and the metal scene itself evolved, as many Greek bands have become very professional with their work. We don’t want to name specific bands because they’re too many and we may forget someone. But the fact is that there are many greek bands that play really good and have their own unique musical style. The Greek metal scene definitely deserves our attention!

As far as I know, there are some changes in the band. Also, there’s a sad story behind the album. Would you like to share these with us?

Indeed, there has been a change in the line-up. Former bassist Nikos Metaxas left the band for personal reasons hence Antonis Roditis joined us in his place. As for the rest, we suffered the loss of a person that had worked with us very closely since the recordings of the demo. Akis Delilampou was a very good friend and co-producer of both our demo and album. Akis loved music. He and his band, Trancending Bizarre?, were working on their second album and also helped lots of bands, including us. We all miss you brother.

The band is known for its strong live presence. Which are the plans now that the record is complete? Where are you going to focus the most?

We are bound to continue giving live shows as often as we can in the future. It is something we really enjoy. We are in the process of scheduling some gigs for the upcoming autumn and winter but we don’t have any official dates yet. In the meantime, we are also trying to give some focus on new material and in time plan our next release.

You have personally helped a lot of bands doing some session work on them. Is music a link that connects people in your opinion? How much important is unity between bands of the same city, country, etc?

We believe music bonds people more than any other form of art. Through music people socialize, find common interests and share thrills that would otherwise be very rare. Music finds no limits, no boundaries or borders. Unity between musicians is very important and should aim for the best. Of course it is easier to support on a neighborhood/town basis but in progress bands should support each other any way they can no matter how far they are.

Are there any ideas for a second album, or is it too early to speak about this?

It’s too early to tell much about it. We do have new pieces that we are working on and we think we’re on the right track. Yet we’re far from saying that anything is complete or nearly complete.

Tell us some details about some samples in the album and also some bizarre parts of your music, incliuding also traditional Greek organs. How much space can a band have in its music to combine various parts and rhythms, without losing its personal identity?

The album includes samples from the Polanski’s film “The Tenant” in the three-part piece “Tractatus Cerebri” which were written about the subject of the film. Thus we thought it would be nice to add some samples in an attempt to create the atmosphere we wanted. Also “Dogma of Cain” includes a part of philosopher’s Jiddu Krishnamurti speeches at the very end. The traditional Greek instrument we used in the song “Political Sickness in D# Hijaz Kar” was the “tzouras”. It is actually a smaller version of the traditional Greek bouzouki. When we discovered that the song’s main theme was, unintentionally, composed on an Arabic scale called hijaz kar (hence the title) we came up with the idea of creating a small part inside the song that presents the middle-eastern flavor of Greek folk music. There is no limit to what a band can combine into their music as long as that fits with the flow of the compositions and adds some meaning to the music. At least not for us.

Playing your own music and sharing it with other people that enjoy your music as much as you is a unique feeling that can’t be described. Also the process of making new songs fills your personality as the creativity is a very important aspect of the human nature. These feelings are what we want to keep as long as we can. If we are to be remembered one day, we’d like to be known as the band that plays…bizarre things, from the bottom of their hearts.

Thank you very much for this conversation. We wish you the best of luck for the future. The final words are yours.

We’d like to thank you Angel and of’ course Metalpaths webzine for the interview! We also want to thank all the people that have supported us throughout these years. See you on stage. Cheers!