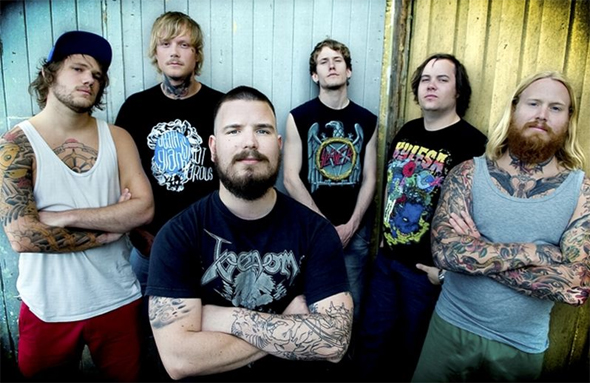 Haven’t you already checked out that band? Kvelertak are going to blast your mind! Mark my words! Kvelertak is a newborn band coming from Norway. When I personally listened to their debut self-titled album they left me speechless from the first hearing and without a second thought I made an interview request and here we are. The guitarist of the band, Vidar Landa, talks about Kvelertak’s identity, the new album, their music inspirations, their future plans, and also reveals the translation of the Norwegian word “Kvelertak”. Observe!

You can also listen to the audio format of the interview here.

Hello Vidar, it’s Panagiotis from Metalpaths calling. We have to do an interview, how are you?

So let’s talk about Kvelertak; first of all, congratulations for the great album you recently released, I have to say that I was really impressed by your music! Tell us a few words about the band in general; the history of the band…

Yeah, but first of all thank you! The band started out in 2006-7, we were just some friends who wanted to start a band. In the beginning we didn’t take the band very serious, but after a year and some changing of members we had something good. We did a couple of shows in Norway and started to get a lot of attention, so from there on we started thinking about doing a record, and things just developed from there. 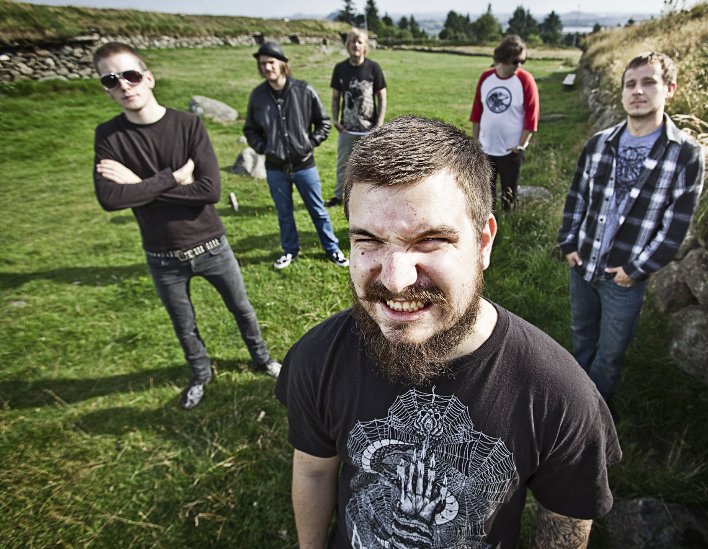 Although you are an active band since 2007, your first ever album came out in 2010; what were your activities these 3 years, and what was the reason for waiting 3 years to start your studio activities?

First, we did a couple of demos before that; we just recorded in Bjarte’s, one of the guitarists, bedroom, kinda like a demo, and we had some small recordings, we recorded 4 songs in 2009, just for more promotional use, and we spend a lot of time touring and playing shows. We were supposed to try to get the album out in 2010, but we decided to wait to find the right producer and the right people to work with, and when Kurt Ballou showed his interest, we waited maybe half a year for him to get the opportunity to do the album in the U.S. So, in the beginning, like I said, this band started out just for fun, we just wanted to have a band and play shows. Before the album that’s all we did; one demo, like smaller recordings and played a lot of shows.

So, talking about your debut album, to tell you the truth, here in Greece the fans and the media have a great response to it; what about the feedback you get in general, how is it going so far?

We knew that it would be a good album, because we knew the sound would be good because of Kurt working with us, and we believed in our songs, but you can never expect that other people will like it. We sing in Norwegian, but on our Europe tour, this summer, a lot of people tried to sing along to the lyrics, and both the reviews and our fans have liked it very much. So, in general, especially in Norway, the album is actually at the top of the charts. When the album came out, the first week, it was in top 3, so it exceeds the overall expectations.

Did you expect this amount of success so early?

No! Not at all! We just focus on making a good album and play shows; that’s what we wanted to do. All this success came out of nowhere for us, because of course as a band you put a lot of energy and work into it and you believe what you do, but like I said, you can never expect other people in the media and reviewers to have the same impression that you have, so we’ve been lucky.

How would you characterise Kvelertak’s music, is there a tag we can put in your music style?

I think in general it’s rock and roll in a lot of riff with a lot of screamish vocals. Behind the microphone and the screaming it is based on cool and catchy riffs.

Having so many different elements in your music, how difficult is it for you to keep the balance between them?

It just comes out that way! Bjarte, one of the guitar players who writes the music, listens to a lot of different kinds of music, and in the band you have people from everything, from hardcore bands, to Erlend, who sings, who has more of a black metal background. We managed to get all these different people and different ideas in the band and do something rocky, heavy and catchy.

Tell me a few words about the composing process of your first album. Do all the members contribute to the writing of the songs, and what is the process you follow in general?

Especially with this first album, Bjarte records a lot of demos at home, and then he brings it to the rehearsal room and everybody tries to get some stuff into it, and Erlend writes the lyrics.

There are also some guest appearances in your album, tell us a few words about it, and how did they come out?

Yeah! Since our first demo, we always liked to work with people that we either admire or who like to do something similar to what we do. Hoest (i.e. Taake) actually met Erlend on the street when we played the show in Bergen (Norway). He said that he loved our band, we are fans of his band, so we just asked if he wanted to do some vocals on “Ulvetid” which we thought it would fit him perfectly. We also had Ryan McKenney from Trap Them. They actually send us a message on MySpace, already in 2006 when we only had one song, and they said that they loved the song and we kept them in mind. When Ryan from Trap Them saw that we recorded the album in the U.S with Kurt Ballou who he knows, he send us a new message, he said: “If you want some backup vocals, if I can contribute with something, I want to do it.” We were friends of Trap Them and it was easy for us to let him do something on the album. We have one verse in American on the album, and that is the verse that Ryan McKenney sings. 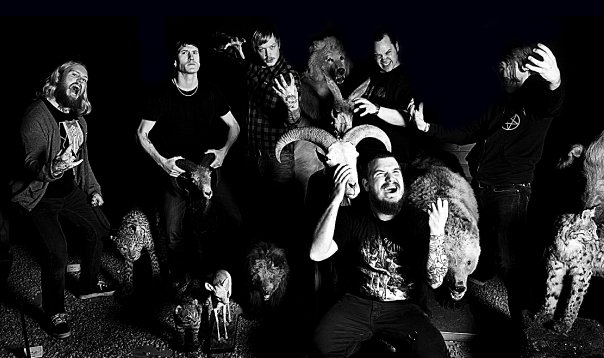 What are your main influences as a band? Could you name a few bands that you’re listening to?

Everything from classic rock, like, Thin Lizzy, to Turbonegro and Hellacopters, some of the more Scandinavian Rock and Roll bands, together with more classical rock acts, and of course that kind of grim Norwegian Black metal.

Since your lyrics are written in Norwegian, can you tell us what your songs are talking about?

Talking about that, there is a mystery around the name of the band and its translation in English; does it mean suffocation?

The owl seems to be the main theme of you image, is there a special meaning behind it?

No, it’s just from the first demo we made. Our base player suggested that we have an owl for logo, so we made the owl our symbol. Then we started to print T-shirts and people really liked those T-shirts. John Baizley did his own owl for us, and people liked seeing the owl combined with Kvelertak and we decided to keep on using it. Plus we think that the owl is a cool animal. There is no deeper meaning behind it other than that, we just thought that the owl is cool and we just kept it.

What are you doing right now with the band and what are your future plans?

Right now we have two weeks of, we just finished a tour in Norway. We had a three week tour in Norway, now we had two weeks off and then we are heading out in Europe again with Coliseum and Bison BC, an American and Canadian band. We are doing a month in Europe with them, and then we go back home and celebrate Christmas and stuff, and then there are some new tours for next year but there is nothing we can talk about yet.

Is there any hope to see you live in Greece?

Yeah! We really want to go! I have been for vacation many times, so I really look forward for when we will come to do some festivals or shows in Greece.

There are a lot of fans here that would like to see you live!

Yeah! We would like to see our fans there too!

So, is there anything that you would like to add in conclusion?

Just that we look forward to come to Greece one day and play a show, and to thank all the fans, all your readers, who bought our album and listen to us, and buy our merch, it means everything to us!