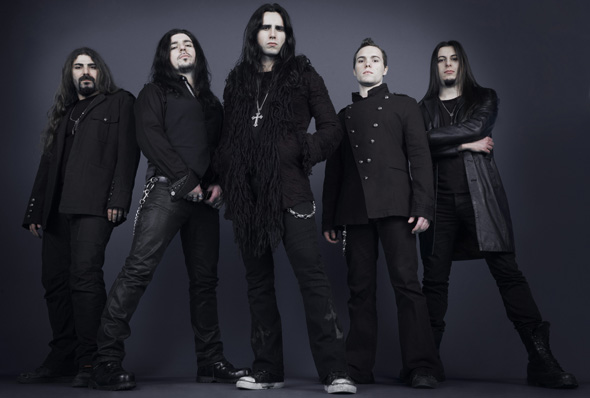 Bob Katsionis talks at Metalpaths about the heaviest Firewind album: the brand new “Few Against Many”. Furthermore, Bob talks about the new drummer Jo Nunez, the guest apperance of Apocalyptica on the album and the upcoming plans of the band.

So Bob, “Few Against Many” has just been released. Tell me a few things about the recordings process. 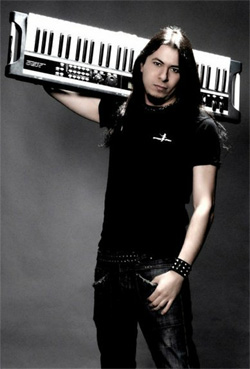 It all run very smoothly! Most of the recordings took place in Thessaloniki at Valve Studio. Our new drummer nailed all the songs in just 4 days and then Gus had all the time to work with his complex guitar work! I did my parts in my home studio in Athens and Apollo recorded from Sweden under Gus’s guidance. Then it was sent to Audiohammer studios in USA for the final mix!

This time, on your new album, Firewind sounds heavier to me. Do you agree with that? Is that something that naturally came out or you consciously followed that way?

Yes, we chose it to sound heavier. That’s why we chose these two guys Eyial Levi and Jason Suecof to do it.  Their work with Trivium and such bands was a key on choosing them to mix our album. It defintely came naturally, since Gus is now playing with Ozzy band, which as we all know is a guitar driven band and..he is the driver (laughs) ! He brought some new elements to the Firewind sound and I hope our fans will appreciate that we move forward and we are not a band which rest in the past.

How long did it take you to compose “Few Against Many” and what’s the writing process of a new Firewind album to be created in general?

Most of the album was composed by Gus as he had plenty of time during his tour with Ozzy, last 2 years. Then one day, he came back with a bunch of ideas and we started working on them all together. It was a nice and painless (!) procedure (laughs). Usually in the past me and Gus used to work together in my studio, now it was done differently. And that was cool.

How would you characterize “Few Against Many” to a fan that have not listened to the album yet?

I think that the diversity which Firewind fans like exists one more. There’s everything here: power songs, rock anthems, big choruses, fast songs, solos, melodies ,even a piano ballad with Apocalytpica!  We are very happy that we are a band of multiple faces. More people like us for different reasons and this is very good.

What’s your favorite song of the album and why?

Very hard question but I would definitely say “Losing My Mind” and “Edge Of A Dream”. Still…I like them all for different reasons too ! 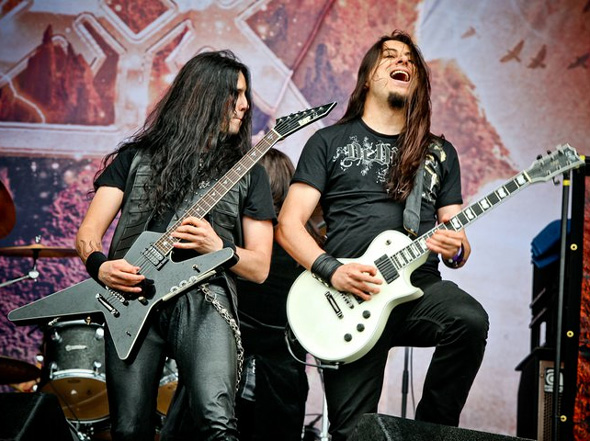 Firewind had a lot of line-up changes during their entire career. Same happens on your latest album as well with Jo Nunez replacing Mark Cross. In what ways do you think that line-up changes affects on a band?

Right from the beggining we knew that these changes will happen. People come and go, they might have different expectations from playing in a band like Firewind and that’s why in the end, either in a good or in a bad/sad way… some people have to leave. But I have to tell you that it didn’t affect us on the level that it could happen to some other band, simply because we have given attention to our songs and people come to our shows to listen to the music. Not to see some particular character. And on the other hand, “the songs remain the same” as the main “songwriting team” of the album is still the same: Gus,  Apollo and me. So we keep our identity no matter what.

How did you take Jo Nunez in the band? Did you make any auditions to find a drummer or what?

Jo came as a last minute solution to the band to help us with the last European Tour where Michael Ehre suddendly decided he wanted to leave. He really grabbed the chance by the balls! He came to the reheasals well prepared and also got the next gig in our US tour. After all this, he was “tested” in the new songs and we all felt he was the right guy! He is a hard worker and a great guy and we hope that our drummer stool won’t smell different from now on (yiaiiiks!!!)

“Edge Of Dream” is a song of your new album which features Apocalyptica! How did this came out? Is this song written especially to fit with Apocalyptica? I mean, did you know from the first time when you have been writing the song that Apocalyptica will play on it, or this idea came later?

Nope, we wrote this song just for piano and vocals one day where Apollo was staying at my house after the gigs we did in Greece with Judas Priest. The song turned out to be so good, that Gus threw the idea of having the Finns play cellos over the song! In the beggining it looked like a joke, but then our management contacted theirs and they liked the song and did it! We tried not to change the character of the song with too much sympohnic elements. It’s still a piano/voice ballad. Apocalyptica played exactly what was needed for the song to be 100% completed. Not a single note more or less.

Gus G. is the guitarist of Ozzy, Apollo sings also for Spiritual Beggars and you have Outloud as well. You guys look SO busy! How difficult is for you to deal with all of this and what are your priorities? Don’t you disorientate from Firewind when you have a lot of other things to do?

We all have Firewind as our top priority. So simple. Execpt for Gus whose schedule is always changing and this gives him a bit of headache but in the end..it works! And this is because he organises our schedule upon his with Ozzy. If there was some other planning for the band, this would definitely be the end. But its not! 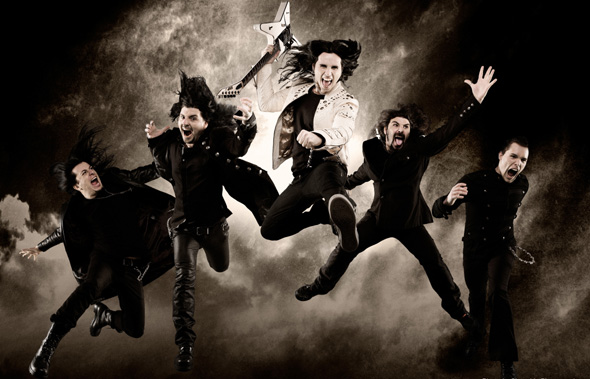 You have already announced a summer show in Thessaloniki where it’s rumored that you are going to play the longest show you have ever played. Is that rumor true? What should the fans expect of this show?

We cant wait to do the show! Cant tell you anything else than promise that it would be a great summer Metal night!

This summer, you’re also playing at Download Festival! How do you feel about this?

It’s the second time we do Download Ferstival. Its always great. This year is the biggest one in Europe, as Black Sabbath are playing there, too! How bad can this all be? A true dream for every metal musician…and fan!

Any other plans for the near future?

There’s a 3 week tour over Europe with Leaves Eyes coming and there might be a follow up in the US and Japan. We keep looking forward, we write new songs and we promise we won’t let anyone down with our music.

So Bob, thank you very much for this interview. I wish you the best for Firewind and you personally and I’m looking forward for Thessaloniki’s show! The last words are yours…

Thank you guys for this opportunity! I hope the fans will give a chance to our album and even those who didnt like us in the past,this time they might find something in Firewind. See you in Thessaloniki, 18 July!