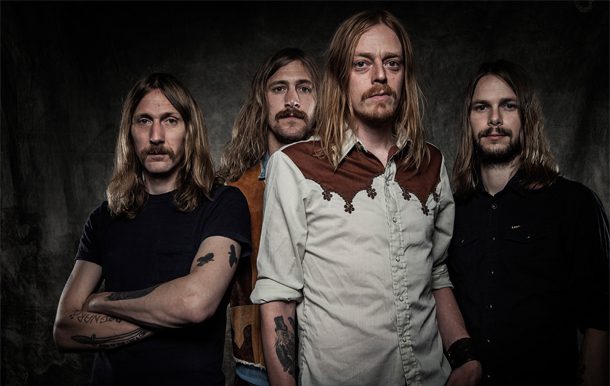 Just a few days before the release of Graveyard’s third album “Lights Out”, Metalpaths contacted with the frontman of the band Joakim Nilsson. Talking about the new album that is going to be released on Friday October 26, Joakim said: “Its got both our hardest and softest songs we have written so far”. On the other hand, he talks about his main influences describing Graveyard’s music, the Grammy award and the “recycling” of music….by Panagiotis Karagiannidis 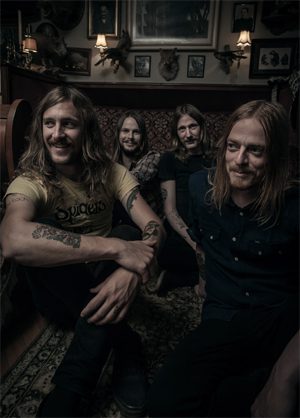 The last two years have been really busy for Graveyard. Starting this interview, would you like to tell us a few things about how has life been for Graveyard since the release of “Hisingen Blues” ?

Yes it’s been kind of busy, we have mostly been on the road. I think we did aproximately 150-160 shows supporting Hisingen Blues. When we where at home we mostly were working on our new record Lights out.

In a few days, your new album “Lights Out” is going to be released. What do you expect of that record?

I’m expecting that it’ll take us to the next level as a band and taking us out on the road for a couple of years. I’m really happy with the album and the reactions so far. It’s gonna be great to play the new songs live.

The new record came quite quickly since your previous release. How long did it take you to finish with the composition of the album? Are all the songs in the record new compositions or have you maybe included old tracks that have not been released yet?

We took one month (think it was September) off to write most of the material for the album. Then we were rehearsing it during the rest of 2011. We started the recordings in May and finished up during the summer. All the songs are new except a couple of old riffs laying around.

How would you describe the new album to the fans?

I think it’s a great third album and a natural step forward for us as musicians. The feeling of the album is more darker and angrier. We have tried to make it even more dynamic, I think that its got both our hardest and softest songs we have written so far.

What’s the process of a new Graveyard album to be created? 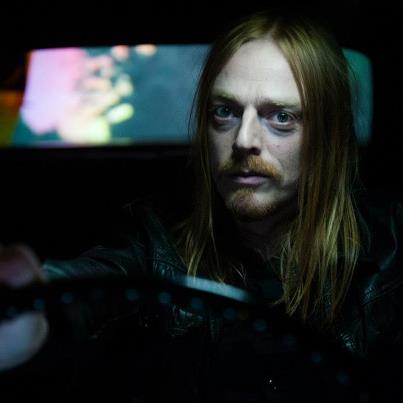 Usually somebody in the band brings an idea or just a riff to the rehearsal place and we start jamming it to really get a feeling that might end up in a song. Everybody in the band contributes in the writing process trying to arrange the song together.

What are the lyrics of the new album talking about?

The lyrics deal with the problems we see in the world, describing whats going on around us and how fucked up the society is. It’s our review of the world, everyday stuff that maybe pisses you off, conversations with friends, therapeutic stuff and off course love.

“Hisingen Blues” has been a really successful record receiving great feedback by both the fans and the media. Does it bring more pressure on you about “Lights Out” ?

I wouldn’t say that we have felt that much pressure. I’m more anxious to get it out and see what people think about it. We haven’t had time for pressure and also, we can only write as good songs as we possible can.

How would you describe Graveyard’s music? Do you accept the label of “occult/vintage rock” ?

I wouldn’t say that it’s occult but it’s really dark some times. Some sort of bluesy classic rock maybe but I think it’s easier for other people to talk about our music. Also, I think that we have got a lot more in our music than just 60s/70s music. We are influenced by a lot of different music styles, everything from death metal, thrash and doom to folk, soul and jazz. 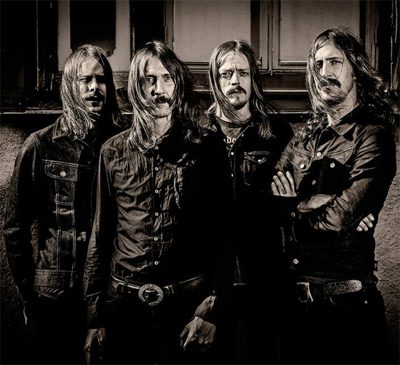 The rising of that scene with bands influenced by 60s and 70s is really obvious during the last years. Let me say that all of this became like “fashion” nowadays. Do you believe that fashion is recycling? I mean that, in the past, we had bands such as Zeppelin, Black Sabbath and stuff like that. Then the next generation of rock and metal bands started to modernize their music, making more bright productions and all of this. Nowadays a lot of new bands are coming once again with more “raw” productions with a more vintage sound and obviously inspired by old classic bands. What’s your point of view?

You know, you hear that Zeppelin and Sabbath also got influences like blues for instance. And it seems like everything goes in 20 years circles, everything comes back. We have just had or still have a 80’s and 90’s revival in pop music and house, it’s all over the radio. We are only trying to make the music that we would like to listen to and we have always listened to a lot of 60’s and 70’s music.

Closing the previous chapter, how did you felt by winning the Grammy? Did you expect that?

We were really supprised that we won. Never thought that we would be even close to do something like that. It felt great even though I don’t think you can compete in music, we get our rewards from the live shows and the audience.

Joakim, I have to inform you that there are a lot of fans in Greece looking forward to see you in our country during your next tour. Could we expect a show in the near future?

That’s great to hear but I have no good answer to say other than it would be great if we could come and play in Greece and we will do so as soon as possible, but at the moment I have no idea when that is going to happen, sorry…

Thank you for this interview Joakim. The last words are yours…

Take care of each other in these dark ages and hope to see you soon, but until then we hope you are going to enjoy our new album “Lights Out”.