“We are more than happy to take up the challenge of writing new music and taking the band back into the studio, though it may not be quite what some people expect.” 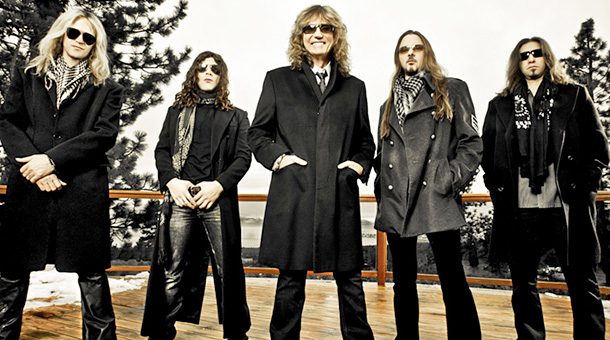 Whitesnake and David Coverdale really need no introductions. Rocking hard since 1978, the “Snakes” is definitely one of the most legendary bands in the history of rock! On ocassion of the release of “Made In Japan” DVD/album, Metalpaths conducted an interview with David Coverdale who talks about the new DVD, the upcoming release of another DVD (“Made In Britain / The World Record”) and the possibility of working again with Jimmy Page. Regarding a new Whitesnake record, David stated that he and Doug (aka Aldrich) are more than happy to take up the challenge of writing new music though it may not be quite what some people expect…by Panagiotis Karagiannidis 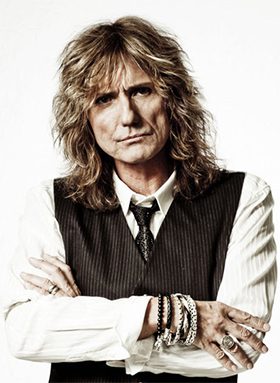 It’s been almost two years since the release of “Forevermore”. Are you satisfied with the feedback from the fans and the media regarding this album?

Absolutely…It was, and continues to be, very positive. The fans feel we’ve have bridged the gap between early Whitesnake & new Whitesnake.I’m very happy with it and still enjoying promoting it. The song “Forevermore” has turned out to be a very special “connecting” song with many people. It’s already a Whitesnake classic…

Tommy Aldridge has recently rejoined Whitesnake. Has he been your first thought when Brian Tichy decided to leave the band?

Yes, Tichy is pretty amazing but Tommy is even ‘amazinger’!! (laughs)

Talking about the present, you have just released a live DVD/album “Made In Japan” from the band’s performance at the Loud Park Festival in Japan back in 2011. Did you film the show in order to release a DVD or it was just a usual filming that turned to be so good that made you thought of releasing a DVD ? How did it come out?

Originally there were no plans to release a DVD this year but our agreement to headline Loud Park in Japan included our promise to let the organizers use 3 songs from our show for a special TV presentation.When we saw & hear the fantastic footage I called Frontiers, our record company and asked if they would want to go with a DVD too and they were very positive. Personally, I am thrilled we have a visual record of the Forevermore World Tour which is one of my all time favorites…

By the time we are talking, I have not watched the DVD… Does it include any other material except the show? (like backstage stuff or something like that?)

You haven’t seen it yet? Sorry…You’ll have to watch it and then I’ll discuss it with you but it’s already turning out to one of our most successful releases.We feature behind the scenes, soundcheck recordings, having fun… It’s a great project !

There is also another live DVD coming out, “Live In Britain”. Isn’t it a little bit weird the fact of releasing two DVDs in such a short period of time? Why two and what are the differences between them?

It’s called “Made In Britain / The World Record”. Our release schedule is not your problem…It was the original release plan before we decided to release the “Whitesnake Made In Japan” DVD & soundtrack to coincide with the tour. The “Made In Britain” CD features different songs recorded on the UK tour & “The World Record” features songs taken from all over the world from Sao Paolo to Helsinki. So, with both projects you have a very complete record of all the music we played on the world tour.

Talking about live DVDs, how does it feel being on stage after so many years? I guess that touring is not the easiest thing in the world for couple of reasons… Have you ever felt really tired of that?

No…because I don’t tour as much as other bands, so, I only tour when I’m ready for it, not because I have too. And yes, I still love performing after all these years. Nothing compares to playing your music live to an appreciative audience.

20 years ago, in 1993, you released a solo album in collaboration with Jimmy Page. How has been to working with Jimmy Page and what are your memories from that record? 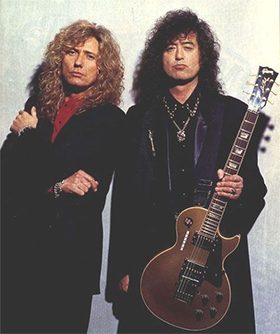 Wonderful memories and we maintain a wonderful friendship. I’m looking forward to seeing him in London soon to discuss putting together a special edition of “Coverdale Page” project…

What’s the difference between making a Whitesnake record and a solo one? Your last solo release was “Into The Light” back in 2000, are there any plans for another solo release in the future?

I write different kinds of music all the time. Some is obviously meant for Whitesnake, but, others have a softer, more melodic style that I would not put forward for Whitesnake consideration. So, I have the best of both worlds. We’ve been working on special, expanded versions of “Restless Heart”, “Into The Light” & “Starkers In Tokyo” recently and we are very excited to represent them, entirely fresh, to our fans and supporters. So much material…audio and visual…Very exciting!

And what about a new Whitesnake ? Are there any plans for the successor of “Forevermore” ? Any new songs you’re working on or something like that?

Both Doug and I have discussed we are more than happy to take up the challenge of writing new music and taking the band back into the studio, though it may not be quite what some people expect, but, it will be Whitesnake for sure…

So David, closing this interview, what’s next for Whitesnake? Could we expect to see you back in Greece in the near future?

Most importantly, we are focused now on performing to the very best of our abilities on the “Year Of The Snake World Tour”, that is our priority. Greece?…I am incredibly sad we were not invited to return this time, but, I sincerely hope to see you all soon and I truly wish you all every success in overcoming your current, very challenging economic difficulties. I truly believe the people will overcome this. You are beautiful, hospitable people and I love being in your company. I wish you well!