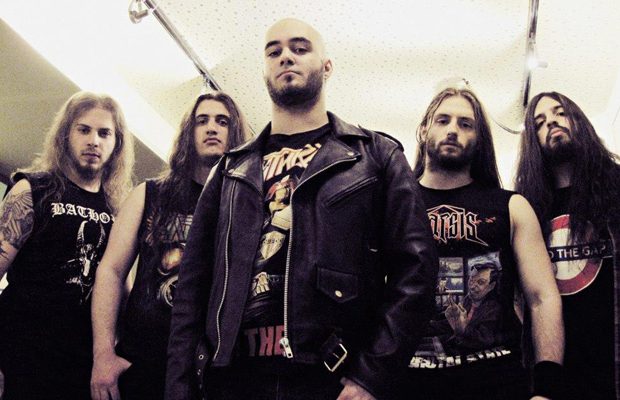 Exarsis, one of the Thrash metal bands of the Greek scene soon to be established for their furious playing and energetic live shows. Just a few days before their upcoming appearance with Anthrax in Athens, Metalpaths had the chance to talk with their frontman Alex Papatheofanous about the new album “The Brutal State” as well as many other issues concerning the band…by John Savvidis

Hello Alex! So give us some details concerning the bands career so far.

Hey there, and thanks for the interview. So, by the time I joined the band the lineup was completed and in July 2010 we gave our first show ever. Since then a whole load of things have happened. We released ourselves a demo, played many live shows all over Greece and supported great bands such as Sodom, Onslaught, Rotting Christ and Suicidal Angels and released our debut album “Under Destruction” via Athens Thrash Attack and Eat Metal Records. And now, all the way to the current day, we released our second album “The Brutal State” in March via MDD Records from Germany and we are currently working on promoting it through live shows. Last but not least, we have also started composing new material for our future release.

Which bands were your idols and the ones that made you want to sing in a Thrash metal band?

Well everyone in the band has different tastes as we all listen to all kinds of metal. Concerning thrash metal idols though, personally, bands like Exodus, Razor, Nuclear Assault and Vio-lence made me feel the urge to join and sing in a thrash metal band!

Did you have any support from family and friends when you first started the band? Which were their reactions?

My parents were pretty open minded about the band issue. I’ve been listening to heavy metal music for many years before I joined any band so it was no surprise to them, they were actually pretty excited and even supported me financially when needed! Friends who were familiar with our kind of music were also pretty excited that I joined a band.

You’ve always been a really active band looking to play everywhere possible. You are also very energetic at your live shows. Is it something that stresses you before every show or something that just comes out naturally?

Pure passion for metal is all it’s needed, that’s all we need to jump on stage and wreck the place! All that energy we emit during our performances comes out 100% naturally!

Alex your vocals are the key to the bands identity according to the fans, reminiscent of Vio-Lence’s Sean Killian. How hard was it for you to settle on those vocals?

Not hard at all! I wasn’t satisfied with my vocals on our early days so I gradually started approaching another vocal style, reminiscent just like you said of Vio-Lence’s Sean Killian and Nuclear Assault’s John Connely! So after a few months of practice I settled on this kind of vocals and I’m 100% satisfied with it as I feel it gives our music the Bay Area feeling we wanted to have from the very beginning! 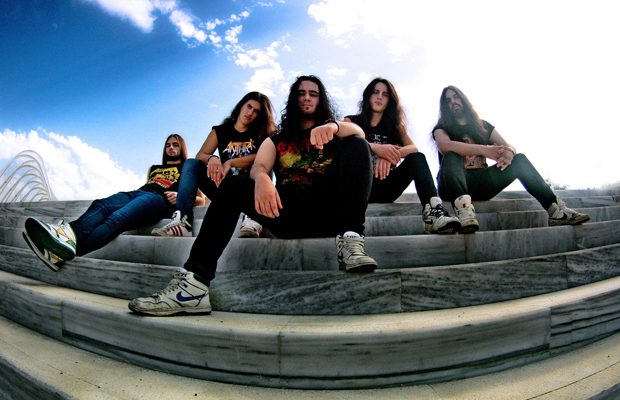 The lyrics of the album deal with sensitive sociopolitical subjects from drug addiction and environmental pollution to surveillance cameras and propaganda. Which member or members of the band take care of the lyrical content of the songs?

Just like you said our lyrics deal with all kinds of conspiracies and talk about many means which are used to suppress the human consciousness. All members contribute with lyrical ideas and concepts we should deal with but I write all the lyrics and add the vocal lines.

Do you believe that your music and lyrics can inspire a repressed society to stand up?

We don’t have such aims as our lyrics don’t always stand for definite political views. However, we would be more than glad if people could relate to our lyrics and raise their awareness about the conspiracies we deal with and are being hatched behind our backs!

Back to Exarsis now, you have the Thrashers United concert going on for 3 years including your long time friends Bio-Cancer, Chronosphere and Fadom. You added newcomers Einmyria there last year. How did it all begin and are you willing to include more and more acts to this annual event?

It all begun when we organized our first live show in Athens called Thrashers United including us and the 3 bands you mentioned. The atmosphere between the bands was outstanding, and the crowd was pretty excited too! So we ended up becoming really close friends with these bands and decided to repeat this insane thrash party as often as we could! In the last Thrasher’s United we did, we added one more new band, Einmyria, as an opening act to the live show and probably the next ones will also feature more young bands thrashing up the place with us!

And generally what is your view on the Greek Thrash metal scene from the 80’s till today?

The Greek scene had always much quality thrash metal to offer for the fans of the underground. In the past, bands like Crucifier and Released Anger have made a name for themselves in the underground scene. The last 3-4 years though it seems a whole new generation of thrash metal bands has spawned releasing impressive debut albums with great productions and working hard to play live shows outside Greece and tour as much as possible. A huge influence to most of these bands, including us, has been the Greek thrash metal giants Suicidal Angels who showed us that it is actually possible to do all this stuff!

Alex you’ve already done some great support gigs with Sodom in 2011, Onslaught in 2012 and the local heroes Suicidal Angels some days ago. Which bands would you dream of playing with as a support act?

Well I can’t say for sure! There are many great bands that have been a huge influence to me and the band and I would love to share the stage with. On the other hand there are also so many not so well known bands that we are having one hell of a time playing with them live, like we do in every Thrasher’s United. So either performing with thrash metal legends or with long time friends and fellow musicians both can be just as fun and satisfying! 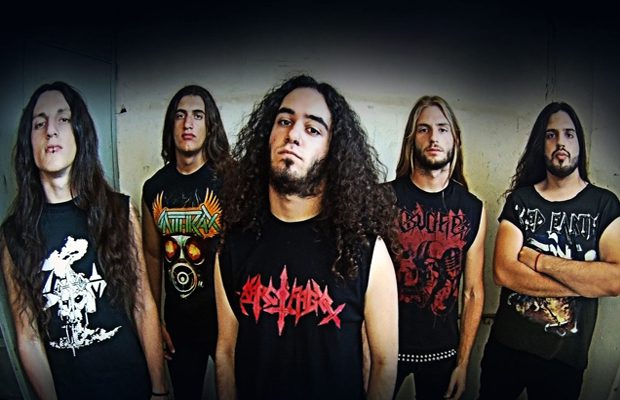 Some time ago one of your guitar players Chris Tsitsis left the band to join Suicidal Angels. For some of your gigs you had Panos Spanos (ex-Suicidal Angels) filling up the space. Have you found someone who would permanently replace Chris and what are the bands’ thoughts on this fact?

Well except from band mates we were also really good friends with Chris so the feelings were bittersweet. He sure as hell deserved this position as I consider him to be one of the best of his kind but still we lost one of our guitar players! So Panos agreed to help us for some time and we are cooperating really well. We have already booked some really nice gigs and everything is going pretty well so we are satisfied with what we’ve got right now.

Your latest album “The Brutal State” sold out the first copies in a matter of 2-3 days. Did you really expect such a warm response from your fans?

Well, we knew that we were up for something good since we trust our album and its material so much and we have put a lot of work into it. But no one could have thought the response would be so huge! So I really feel that I need to thank each and everyone of our fans for supporting the band, such acts show that the fans of the Greek metal scene are nowhere near few!

That was about it Alex. The final words are yours.

Thanks a lot for the great interview! Be sure to give a listen to our new album “The Brutal State” now that it’s still fresh! Anyone being interested in the band’s merchandise, booking or just feels like saying hi can find us on our official facebook page! Cheers!