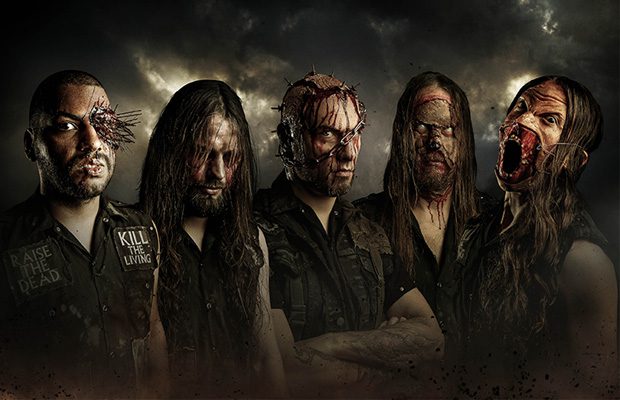 8th studio album so far for Belgian deathsters Aborted under the title of “The Necrotic Manifesto”. Metalpaths grabbed the chance to conduct an interview with vocalist, Sven “Svencho” de Caluwé, who is the only remaining founding member of the band since 1995. Among various subjects, Sven talks about the new album, the continuous line-up changes of the band through the years, music downloading and his bad memories from Greece’s Metal Healing festival.

Hey Sven, it’s very nice having an interview with you after so many time (I’m the girl who interviewed you again in Greece’s Metal Healing festival). How are you?

Hey! I do remember that! Things have been good, we have been working hard on the promotion of the new album and touring at the same time so things have been extremely busy of course. Good to speak again! 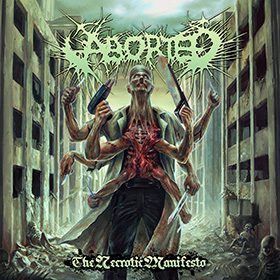 After two years, you decided to enter the studio. I assure you that I’m never worried about your new releases, I’m always certain that what you’re doing, is going to be a masterpiece. But, judging by your point of view, how would you describe “The Necrotic Manifesto” to someone who has never heard of you before? Why do you think a fan has to approach “Aborted”?

Well, I think its our best record to date, as cliche as that may sound. The overall musicianship has vastly improved, the solo’s are from a different level and the songwriting is more mature and compact. There is a strong emphasis on dynamics and variation even if it has the most crazy blasts the band ever had on there before, definitely our most extreme and varied album to date. I also challenged myself far more with the vocal recordings. I would say people who enjoy extreme metal should check it out and hear our own brand of brutality.

I guess that you are going to shoot a new video, right? Is it going to be the self-titled track or another one from the album? Can we have some details about the concept?

I think we will go with another tune, we are still talking about the concept. It’s hard to focus on everything while we are on the road, but it seems like we are going with the davidian deceit most likely and the concept will be most likely religiously tinted.

There is a change in the line¬up this time, as well. What were your criteria in choosing your new band mates?

Well it went rather smooth actually and they joined very shortly after the release of  “Global Flatline” where things went wrong due to out of control egos. Our bass player J.B. (aka Van Der Wal)  knew Danny and brought him to the table which was a great choice, and Mendel was in a band with Ken and I already called System Divide. So that’s where we found him and we already worked together so we knew it was going to work. Everyone now are great friends and things have never been better. 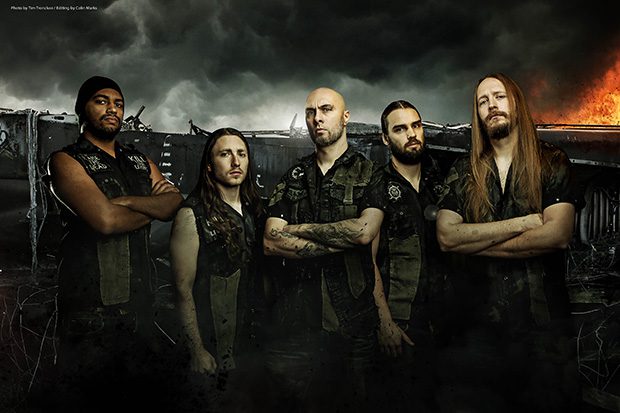 You are the only constant member since “Aborted” was founded and you have made quite a lot line-up changes. What forces you to this direction? Do you consider yourself as a “difficult” person?

I don’t consider myself as a difficult person. Some line up changes happened because people chose a regular life over this, a family or whatever, which is totally understandable. Others were simply not made for the road, and then you have your people that are just there to party and think they can be rockstars, in the end, when you are not there for the right reasons or cause problems, you won’t be staying very long.

But you seem to be more confident in the choice of the producer, since you decided to cooperate, for once again, with Jacob Hansen. What makes him so special at the band’s sound? 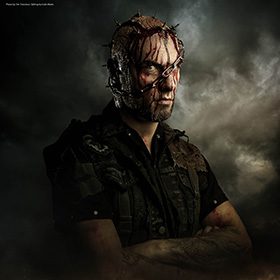 He knows the band and he is a pleasure to work with. Not only he is a great gy but also a very talented producer and guitarist. I don’t think we would have been able to pull off  “The Necrotic Manifesto” with someone else under the deadlines we had. We love Jacob and will be going back for sure.

How do you react with downloading? Would you move into court against someone who would leak your latest release?

That’s more of a label thing. I think it’s got it’s pros and cons. People who dont necessarily know your band get to check it out and you gain new fans. On the other hand there are people that only download and never actually support a band which is a problem. Honestly these days bands stream their full albums upon release so you can check it out, so there is no real reason to download it illegally unless you are in an area that can’t have access to the music. Albums cost money, if you want your favorite bands to keep making albums, you should support them, one way or another.

But, do you download? Which is your way of supporting a band that you like? What do you suggest the fans?

I do, I try to stream as much as possible and when I actually like a record I will buy it either digitally or physically. I know everyone is on a budget and you can’t buy everything in the world, and thats totally fine. But if you like a band, try to support them however you can, It’s only fair. People who have millions of mp3’s and didn’t spend a dime towards any of the bands are the only real issue, or file sharing hosts that make millions while the creators get nothing. Like I said, everyone has a budget and thats totally fine, as long as there is moderation. 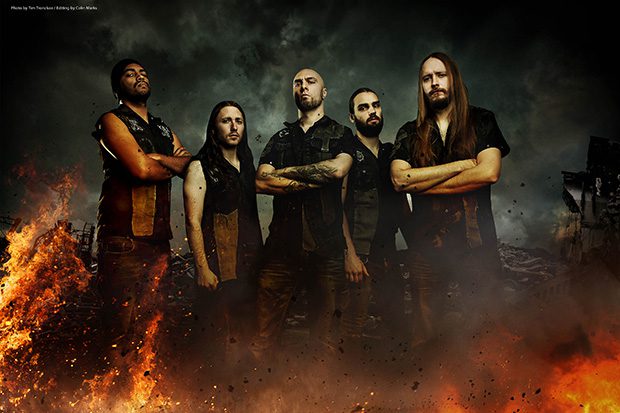 Apart from your transatlantic tour, you have also announced some European dates. If I am not mistaken, your last visit in Greece was at the above mentioned “Metal Healing” festival and I know you were totally disappointed by the situation there. Svenchi, your ex¬member, was so pissed off, that he told that maybe this would be a reason to never appear in our country again. What’s the reason we haven’t seen you performing for so long in our areas? Shall we expect you in the near future? 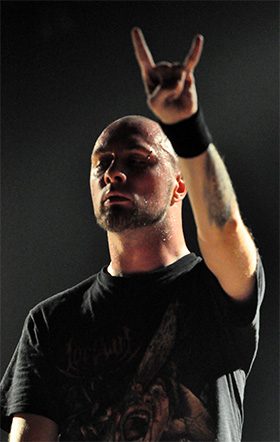 The reason isn’t that nightmare of a festival where not only we did not get paid, but had a large series of issues I dont want to get into. The reason is that we haven’t really gotten many offers from promoters of Greece. It’s expensive to get to and you can’t do a ton of shows to make up for. We had a plan set for May but that fell through and will be postponed, so I truly hope we can make it back to Greece in the next few months as I enjoyed playing shows in Athens etc. The only bad memory I have is that festival (aka Metal Healing) and that surely won’t stop us from coming back. I am not responsible for what ex members may have said.

Personally more old school death metal, but there are good things in every style of music, just like with death core as well even if it’s not my favorite thing in the world.

Have you ever had any serious matters that made you think of disbanding Aborted?

Yeah sure, many times. It’s been 20 years nearly so, yeah, of course you have those moments but then the love of the music makes you carry on and be a warrior.

Which was the band’s best period and why?

I would say right now honestly, for many reasons. One of them is the line up and the quality of the shows we are able to put up now. Next to that would have been the “Goremageddon” days.

Thank you so much Sven, I hope we will soon have the chance to listen to the “Necrotic Manifesto” and the previous releases live. Until then, I wish you the best for “Aborted” and yourselves.

Hope so as well. See you soon live and keep it metal! Check us out on Facebook!