Fabio Lione, well known for being the vocalist of Rhapsody Of Fire, is also the singer of Angra since 2012. “Secret Garden”, is the new wonderful album by the Brazilians and the debut one for Fabio with his new band. Metalpaths caught up with him and talked about issues concerning Angra, Rhapsody Of Fire and much more in the really pleasant conversation that follows…

The new Angra album “Secret Garden” came out some days ago. Congratulations on the amazing job you did, it’s a great record! What do you think of it now that it’s done and where would you spot the differences between “Aqua” and “Secret Garden” ?

I really think this record is something new and fresh for the band, because the sound is more modern and generally the album is much more progressive, if we talk about the direction. So I think that the band did a really good record, I agree with you.

We spent two weeks all together on one island in Brazil, La Bella. We were in one house, living, cooking, exchanging ideas and listening to music, and we did 70% of the composition there. So it was clear for us that we wanted to have a new record with a more progressive direction, and something more big, you know big guitar sound, more modern.

That’s why we chose Jens Borgen and we flew after that in Sweden, finalized it there and finished the record. 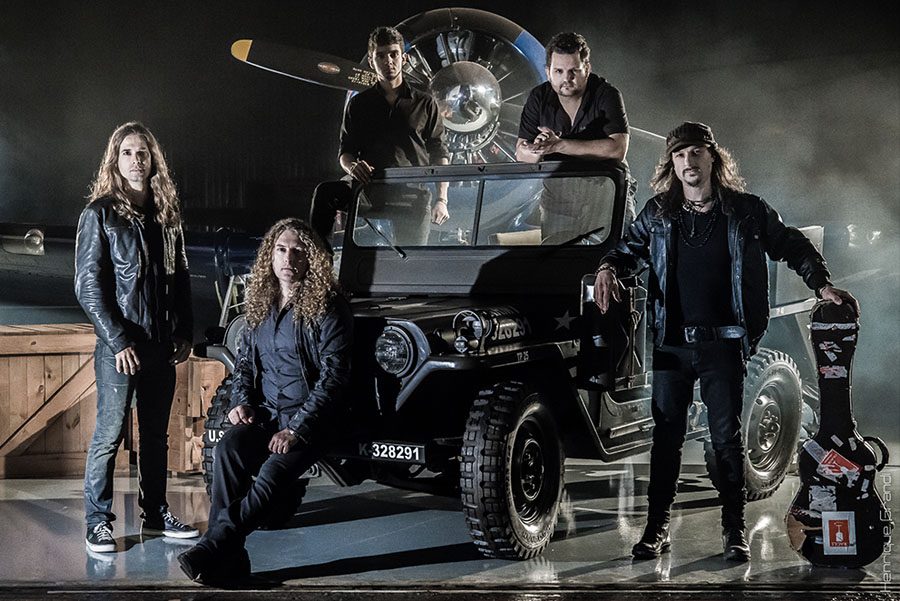 There are some great guests on “Secret Garden”. Besides you, we have Simone Simmons of Epica, Doro Pesch and a beautiful choir. Is that a tradition for Angra to have so many guests in their albums? How did you contact these lovely ladies, Simone and Doro?

Well, concerning the concept of the album, that was a very natural thing to think about. Then, talking about Simone, I can say that she’s a very nice singer, I’ve shared many things with while touring in 2011 when I was singing for Kamelot, so we were like friends and I was happy to know she wanted to be part of this record.

Regarding Doro Pesch, well actually a good friend of the band, she’s a great singer, a great person, I know her and I was so happy when I found out she wanted to be part of it. Of course she did it a bit rougher on the song “Crushing Walls”, it’s very rough and it fits very well together.

I liked that in this record you can hear four different voices (me, Raphael, Doro and Simone). It gives to the record something more theatrical, there’s more variety in the record and I can be less boring to listen.

What do you enjoy more? Being on the road or in the studio recording new material?

Ah, it depends. I mean doing shows around the world is better, but I have to say we’ve spent very nice time in Sweden, all the days were really relaxed. I didn’t know Jen Borgen, it was the first time for me that I was working with him. But it was a strange feeling it’s like I’ve known him for years, like friends.

Was very relaxed, so easy to work with, I was done singing my parts in 5 days and I stayed there four more days with Raphael giving tips, ideas, listening to him singing, so I have a really good memory from all that time. 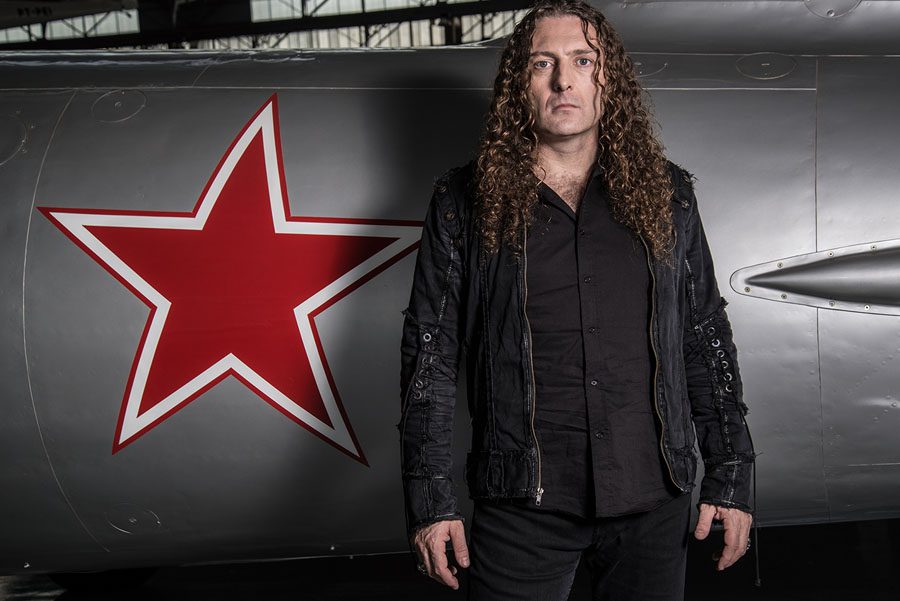 Well actually in this year, I think the band should take time to compose stuff, arrange songs for our future record. I don’t think this year the band will play many shows, and that’s why I think I won’t have any problem to manage my time between Angra or Rhapsody Of Fire, because probably I will have many shows with Angra, and I will not have many shows with Rhapsody Of Fire, and when I have time I will join the guys to compose new material. Expecting a new album, maybe it’s a little early to talk about this, but the band would like to write something more similar to the first records.

After all these years in Rhapsody Of Fire and in the metal scene in general, do you feel like there’s something you’d like to achieve and haven’t achieved yet?

Hm, I don’t know that’s a really good question, there could be. You know sometimes what we did with Rhapsody, I think it’s something special all these years in our career. I believe this band could reach much more in my opinion.

On the other hand, the band has experienced good years and good shows and very good fans, but I still think Rhapsody in particular are a band that could do much more. Because the music, it could fit in a movie or a theater, not just a normal CD. 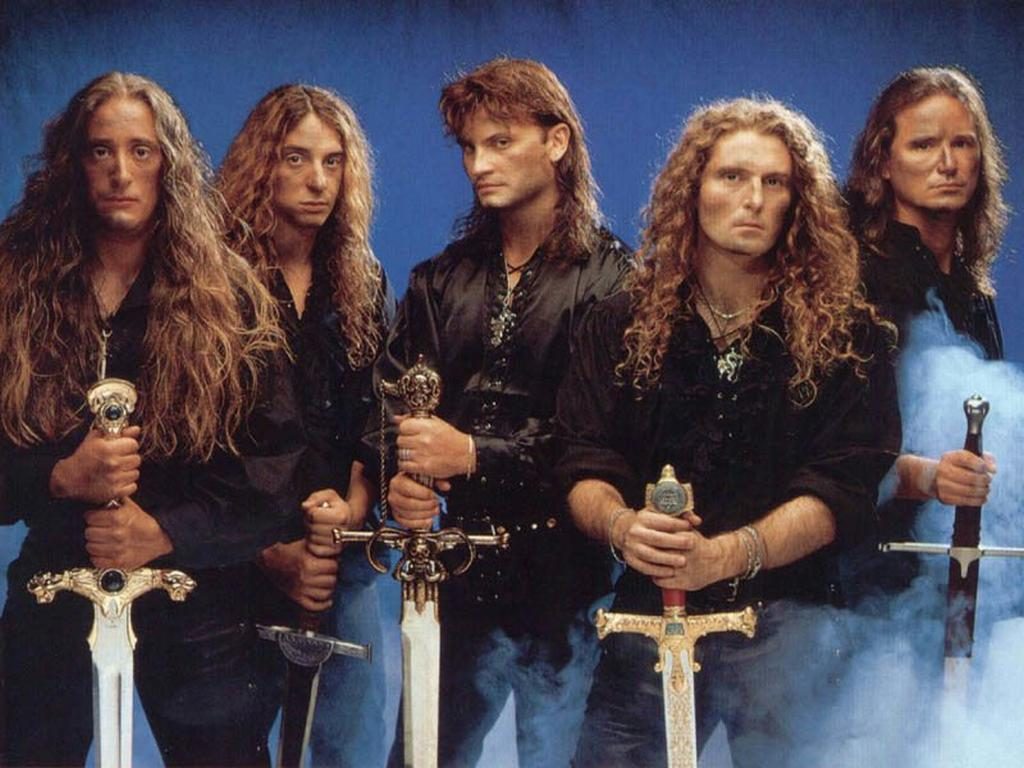 What are your memories from the last time you played in Greece with Rhapsody Of Fire and Gamma Ray?

This was the last show in Greece with Gamma Ray, actually that was a nice place, we’ve been in Thessaloniki and Athens, it was really good. I wanted to do a headliner show, because I was thinking that we could play more. But we choose to do this tour together with Gamma Ray, so we couldn’t play so much. So I hope next time we’ll have the chance for a full-headline show. And hope that it will not be in 4 years (laughs).

“Secret Garden” is your debut album with Angra. What kind of feedback have you received from longtime Angra fans?

Well, you know, concerning the new record, I can really understand that some fans, are thinking about the past, especially the first record. They found today a different attitude, so it’s like I’m Raphael 2015.

So it’s more mature, but you can still feel the same percussion, the same influence, yet at the same time the band changed something. Of course not just the vocals, but really important also the style, more progressive, more dark. 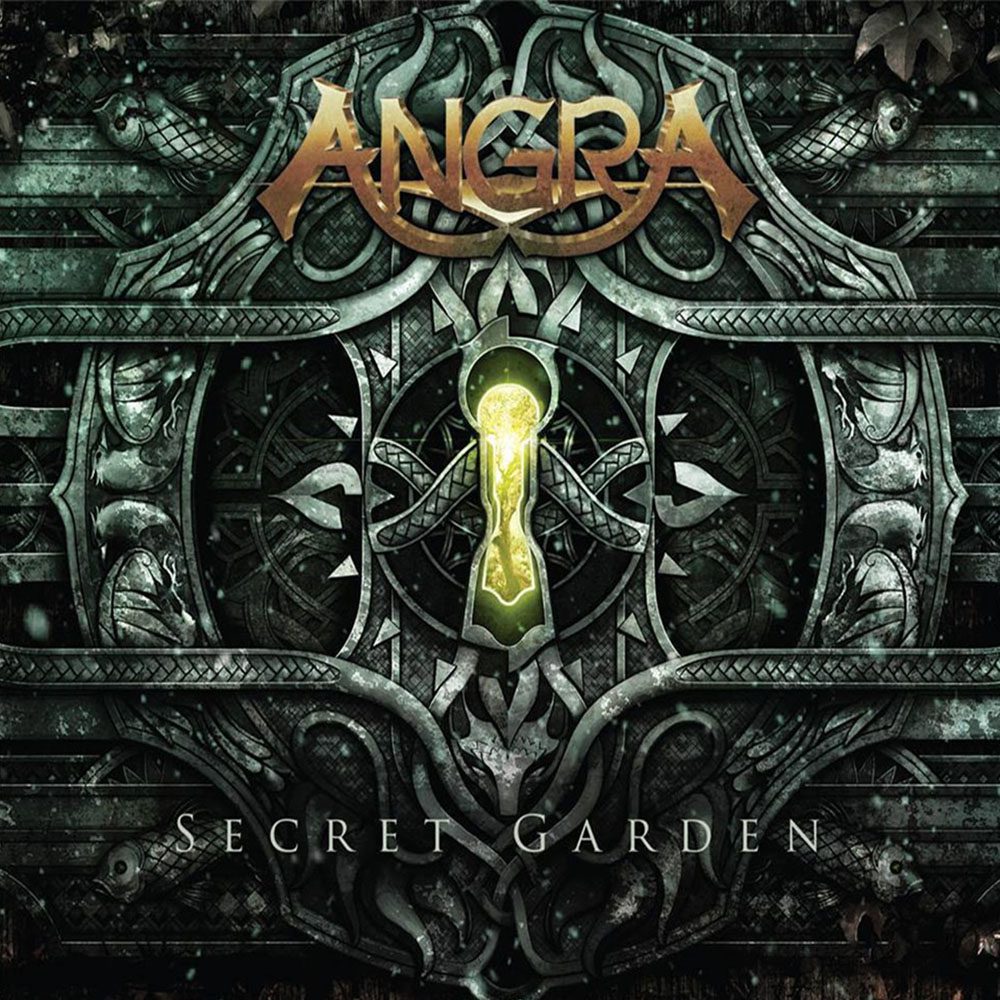 What are the future plans for Angra?

We have to make the shows supporting the new record. Until now we don’t have all the shows fixed but we’ll do a South American tour, Japan in May, some shows in Europe in July and August, also Wacken, ProgPower fest in September and after that I think we’ll do again some shows in Brasil. So I believe this year we’ll be having many shows.

After that, it’s possible to try to compose and to release something, I think not a new record, but kind of acoustic album with an orchestra. Nothing is really fixed but we’re talking about it. It’s not decided but everybody would like something with a real orchestra, so probably this would be the next move of the band.

That was about it Fabio, thanks a lot for the interview its been an honour. Final words are yours.

I wish a very good year for everybody and all the readers of Metalpaths, listen to good music and have a good year. And efcharisto!