German progressive death metal masters OBSCURA strikes back with the release of their fourth full length album “Akroasis”. The bassist of the band Linus Klausenitzer unveils everything you need to know concerning the new record and the upcoming plans of the band including the much anticipated tour with DEATH DTA.

Hello and welcome at Metalpaths.com, it’s really great to have you here with us! So, after some years of line-up changes and obstacles, OBSCURA are back with your 4th full length album. How do you feel now that you’re finally ready to give the world some new music?

Hi! Thanks for the opportunity to speak about our new album! You made a good point. I joined OBSCURA 5 years ago. We went through thick and thin in every single year. We toured a lot, put out the compilation “Illegimitation“, changed our lineup and wrote a lot of songs. Especially the last 2 years took a lot of energy. Now it is like a relief to see that all work and hard decisions were worth it. It feels like we are back stronger than ever.

“Akróasis” is the Greek word for “hearing”. Why did you choose this title?

In the book “Akróasis” Professor Hans Kayser is speaking about Pythagoras’ theory that the universe is built up an an harmonic structure that is defined by the sounds that it creates. All of this can be found in the lyrics and also a little bit in the music. We used an instrument called Monochord to demonstrate the harmonic basis of this theory. 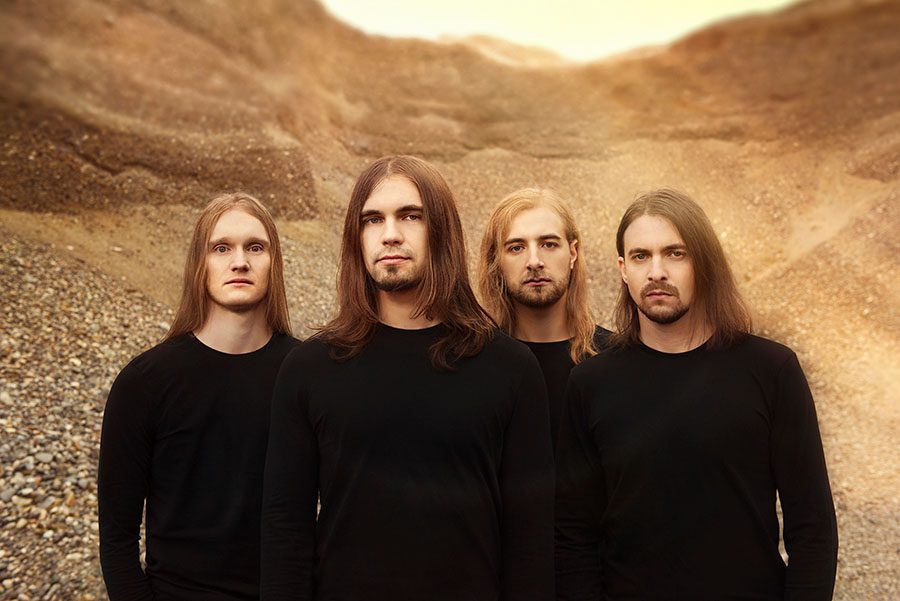 How were the songs for “Akróasis” composed? Through “jamming” or through some other way?

Jamming wouldn’t work out for a band like us at all. First of all we don’t live very close to each other. So it’s impossible to meet for a short, inspiring rehearsal every week. We write very complex music that normally doesn’t emerge spontaneously but by very intense planning and constructing. We all wrote a lot of music at home, had Skype sessions and met from time to time to discuss ideas. Then we worked out different versions of each song to get the best results possible. I have 15 guitar pro files from Perpetual Infinity on my computer for example. Before the main production we recorded demos for each song and discussed again.

Does the lyrical concept still follow the philosophy of your previous recordings?

Absolutlely. Our new album is the third album of a four album concept that explains the lifecycle of a universe. The first album “Cosmogenesis” is about the creation, the second album is about the evolution and now the third album is the philosophical part when reflection starts to happen. Most of those concept are based on ideas our singer Steffen has developed after reading books of Friedrich Schelling, Goethe and other philosophers. 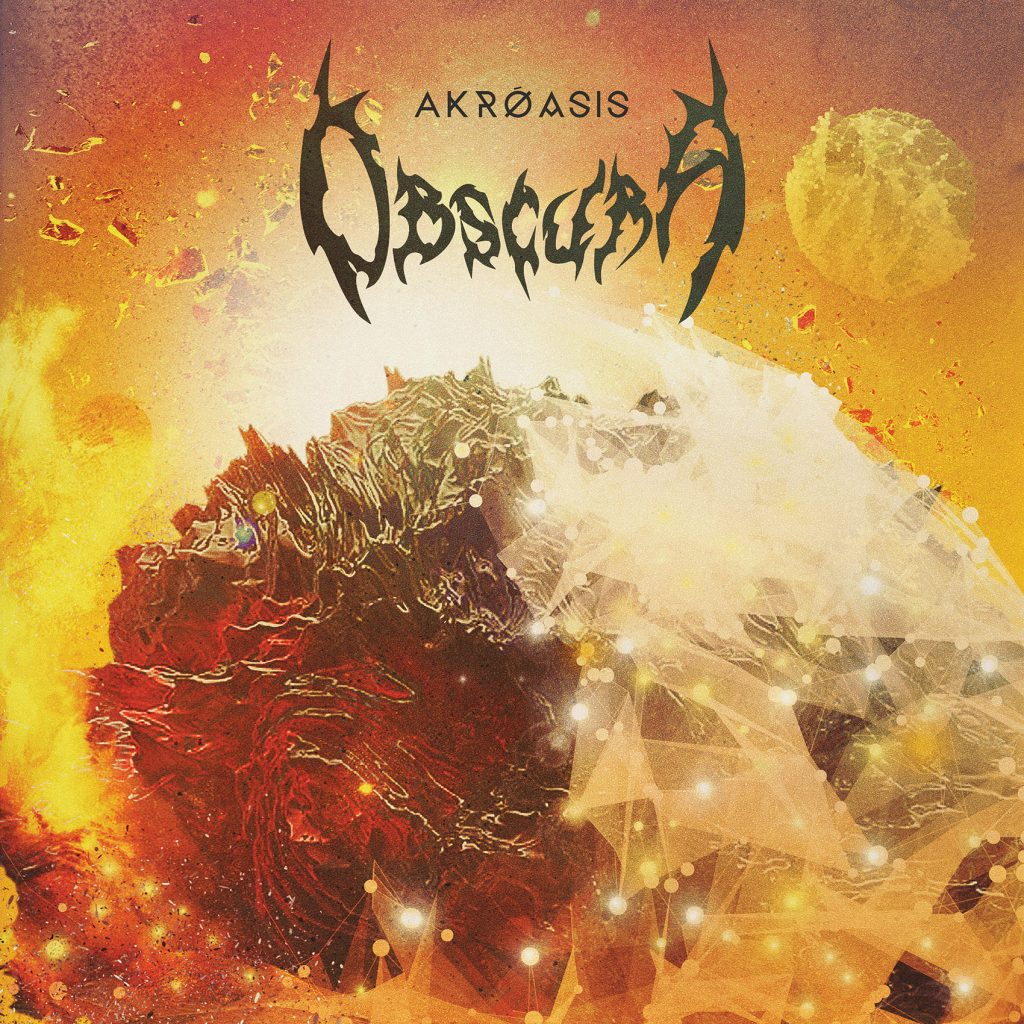 The new album will be out on February 5th 2016 (PS: The interview conducted prior the release date of the new album), and the band will be on tour with DEATH DTA tours. Do you think this tour will introduce your music to even larger audiences than before? What about the summer festivals?

When we got the offer to play the DTA tour Steffen and I were very excited because we toured with them in 2013 already. The great musicians in DTA and their crew made us enjoy this tour a lot. This was our last tour before we started to work on the new album and now we like to start the touring cycle at the same point where the previous one ended. The routing will be totally different though. We will play most shows in East Europe and in some countries that we have never played in before. As far as I know Obuscura was never in Greece before. This will be very special or us. We’ve been on bigger tours with bands like Cannibal Corpse or Children Of Bodom already but this time we want to present our music to a new audience. I love to play at places where I have never been before. 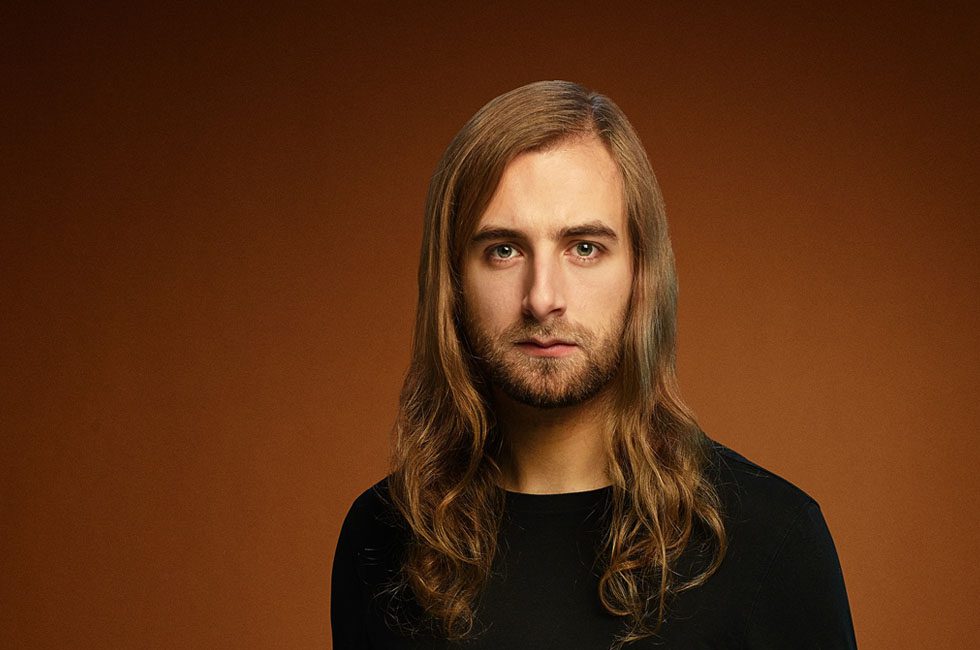 In 2012 you released a compilation of demos and covers under the name “Illegimation” through the crowdfunding method. Do you feel that big changes are soon to happen in the music industry?

I think that the music industry is having constant changes since the internet was coming up. As probably the first band in extreme metal, we funded our record ‘Illegimitation’ with the concept of crowd sourced capital and it worked out fantastic. We reached our financial goal within a few days and in the end we could use almost five times the amount to realize this demo collection. The record includes ten never-before-heard tracks, including the band’s earliest recordings from 2003, unreleased songs from the Cosmogenesis sessions of 2006, and cover songs with my first recordings for the band. It wouldn’t have make sense to put out this kind of special fan release as a label with typical marketing structures. The great thing about crowdfunding is the close connection to fans. They can decide what they want and influence a project in many ways. I am extremely happy that we have such a loyal fan base. Crowdfunding makes people see the value of music and makes them understand better what a band needs to create a record. I could see that some bands treated their crowdfunding supporters very bad and just use it to make some easy money. I hope this won’t affect the trust of people. Streaming platforms like Spotify changed the whole industry in the last couple of years as well. People have finally a way to listen to tons of songs legally in a comfortable way. Poeple are starting to you use less illegal filesharing and stop listening to the terrible sound quality of most songs that you can find on YouTube. In opposite to the knowledge about the value of music in crowdfunding streaming plattforms make music appear like fast food. It’s hard to understand that I have to pay 18EUR for a CD but I can stream millions of albums for 5 EUR a month.

Back on “Akróasis”, you have already released a video for the title track, is there a plan for another video or lyric video whatsoever?

We have just recorded another video for the song “Ten Sepiroth”. It should come out in a few weeks.

What should the audience expect to see in the forthcoming shows in support of “Akróasis”?

We are a metal band so we want to sound heavy, extreme and intense. That’s the experience that we want to share with the crowd. Right now we’re planing a dramaturgy for our live set. We don’t want to play just our songs and leave the stage again. People like us a lot of because of our musical skills so will use this to make our live set more interesting. We want to change and add a few parts of songs and want to experiment with some ideas. On the tours for “Omnivium” not all songs of the album worked great with the audience. We had this in mind when we were writing material for “Akróasis”. We want to perform a lot of new songs because we think that they will sounds great in a love situation. When I joined OBSCURA to me the band was special because it united complexity with good songwriting, great melodies and harmonics. On “Akróasis” we extended this by trying to make the album sounding more dynamic and atmospheric.

Thank you for being with us here at Metalpaths. Any final words for your readers and fans around the globe?

Thanks to everyone for your support! If you like our music it would be an honour to me to see you all on the road!