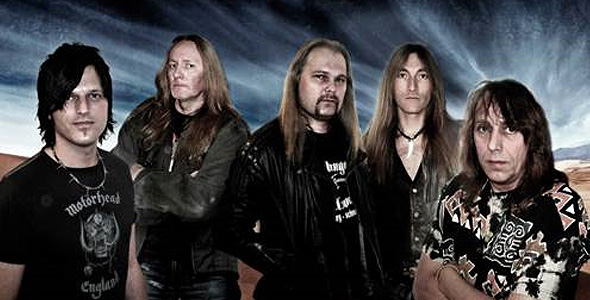 Frontiers Records is proud to present the highly anticipated new studio album from Jorn. After close to 30 album releases with various projects, working with some of the best musicians around, he is now ready to unleash upon the world yet another masterpiece under the Jorn banner. Lonely Are the Brave is the title of the new masterpiece album and it is scheduled to be released on June 6.

Once again, get ready for another unique and classic hard rock masterpiece from this productive and gifted Norwegian Viking. Jorn is one of our greatest Rock Giants: his strong and diverse voice and solid songwriting skills have become powerful trademarks in the Hard Rock world.

He is remembered for his role as front man in German metal act Masterplan, which has achieved great success around the world. Two albums and two maxi singles were released during this period; “Masterplan” and “Aeronautics”. Powerful solo albums such as “The Duke”, “The Gathering” and “Live in America” are just a few of this man’s releases during his almost 30-year old career.

This year Jorn is featured on spectacular projects like Tobias Sammet’s Avantasia, along with stars like Alice Cooper and Eric Singer (KISS), Rudolph Schenker (Scorpions), Bob Catley (Magnum) and will be touring the world with this project as well as with his own band Jorn. He also participated on Arjen Lucassen’s recent concept album Ayreon.

Lonely Are The Brave, Jorn’s 5th solo album of original material, was recorded under the steady direction of Tommy Hansen (Helloween, Pretty Maids, TNT) at Jailhouse Studios in Denmark. The Jorn band consists of: drums: Willy Bendiksen, guitar: Tore Moren, guitar: Jørn Viggo Lofstad, bass: Sid Ringsby. With this line up you are guaranteed to get your adrenaline going with the riveting sound that has solid roots in classic hard rock/heavy metal music, such as Dio, Black Sabbath, Rainbow and Whitesnake.

* Exclusively available on a Special limited edition in slipcase.