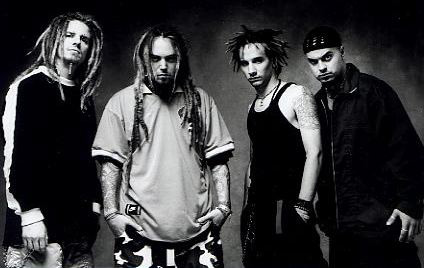 In a recent interview with U.K.’s Rock Sound magazine, SOULFLY mainman Max Cavalera revealed that the band has already began preparation for the next studio album which he stated “will not be as intense as [2008’s] ‘Conquer’ but not as poppy as [2000’s] ‘Primitive’ either; somewhere half way between the two.”

Writing on SOULFLY’s official message board, the band’s bassist Bobby Burns confirmed that “we’ll more than likely record a new record sometime towards the end of [2009], but it won’t hit the streets until next year.”

As previously reported, the two B-sides from SOULFLY’s “Conquer” recording sessions at the Porch Studio in Orlando, Florida have been made available for streaming at the band’s MySpace page. The songs “Mypath” and a cover of BAD BRAINS’ “Sailin’ On” are available for purchase on the special-edition release of “Conquer” (CD/DVD or digital).

SOULFLY’s latest video, “Unleash”, was directed by Robert Sexton, who has previously worked with MONDO GENERATOR, AMEN and ICED EARTH, among many others. The song is the first single from “Conquer”.