San Francisco Bay Area metallers DEATH ANGEL debuted two brand new songs — “River” and “Into The Arms Of Righteous Anger” — during their appearance at this year’s Speedfest, which was held November 28 in Eindhoven, The Netherlands. The concert marked the group’s first appearance with bassist Damien Sisson (pictured below; SCARECROW, POTENTIAL THREAT) following the recent departure of Sammy Diosdado (THE SICK, ALL TIME HIGHS).

Fan-filmed video footage of the “Into The Arms” performance can be viewed here.

Photos of all the bands that appeared at the festival can be found at Metal-Experience.com.

DEATH ANGEL’s setlist was as follows: 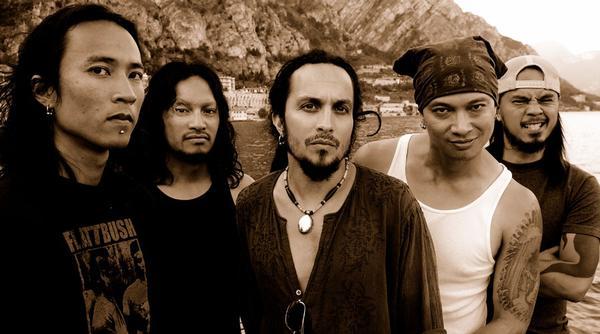 DEATH ANGEL’s longtime drummer and original member Andrew Galeon left the band in April. Will Carroll, formerly of SCARECROW, OLD GRANDAD and VICIOUS RUMORS handled the drum duties for the Summer Madness Tour in Europe with KATAKLYSM and KEEP OF KALESSIN.

Regarding Galeon’s departure from DEATH ANGEL, singer Mark Osegueda told Contraband Candy, “[Touring] was always hard on Andy. And when he started having children, it got a bit more difficult. And by the [time he had his] second [kid], you could just see he wasn’t happy on the road. Amazing drummer, but just not happy on the road; the road’s not for everyone. It’s easier when you’re 18 to 22, and it’s much more difficult when you have children and you’re trying to pay mortgages and what-not. Unfortunately, he had hit his wall, and then we got Will Carroll, who’s been part of the San Francisco metal scene for years. And we just got him to start filling in, and it’s been going great. He brings a great thrash element to the band; it’s kind of kicked it up a notch. It’s been incredible. And the energy we have on stage now, it’s just kind of undeniable.”