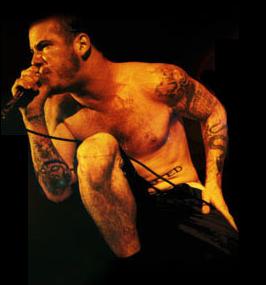 Video footage of Philip Anselmo (DOWN, PANTERA, SUPERJOINT RITUAL, ARSON ANTHEM) performing the PANTERA classic “Walk” with HAARP on January 30, 2011 at the Exit/In in Nashville, Tennessee can be viewed below.

Former PANTERA and current HELLYEAH drummer Vinnie Paul Abbott told Russian web site Darkside that it’s “asinine” to think that PANTERA could be reactivated without his brother, late guitarist “Dimebag” Darrell Abbott. Asked about speculation that PANTERA could be launched again with a different guitarist, Vinnie said, “It’s ridiculous. Dime was such a huge part of it; it would be just completely asinine to even consider that. I think it’s pretty disrespectful from people to even suggest it. He left an amazing legacy and it’s gonna be left untouched, it’s beautiful, it’s pristine and I wanna leave it that way . . . the history of PANTERA speaks for itself.”

Discussing where such speculation had come from, Vinnie added, “Might’ve been some other clowns that used to be in that band, but not me.”

“Dimebag” Darrell was shot to death by disturbed gunman Nathan Gale on December 8, 2004 at a nightclub in Columbus, Ohio, where the Abbotts were performing with their post-PANTERA act, DAMAGEPLAN.

PANTERA broke up in 2002, and Vinnie remains on non-speaking terms with Anselmo. It’s been reported that Vinnie believes certain comments Anselmo made about Dimebag in the press following PANTERA’s split might have incited Gale, who was upset over the band’s break-up, to target Dimebag.

Vinnie Paul Abbott continues to tour with HELLYEAH in support of their second album, “Stampede”.