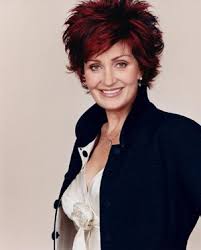 Ozzy Osbourne’s wife/manager Sharon Osbourne has confirmed to AOL TV that she will soon be taking a break from the CBS daytime talk show “The Talk” so that she can spend more time with her husband.

“I’ve kept it no secret that I really miss my husband,” said Sharon. “He’ll have been on tour for 18 months by the time it’s over. I’ve spent a lot of time away from him. He gets a break at the end of September and so I’ve asked [the show] for a little break so I can be with him.”

Sharon, who is currently pulling double duty as a judge on “America’s Got Talent” and co-host of “The Talk”, won’t be making a complete departure from the talk show and she will remain on the program, just in a reduced capacity.

“I don’t want to give [it] up,” she said. “It’s a great, great show. We’ve all worked really hard over the last year. I’m not going to walk away from that. I just need some real good quality time to be with my hubby.

“I’m very close to the women on the show,” she added about co-hosts Julie Chen, Sara Gilbert, Holly Robinson Peete and Leah Remini. “I didn’t think that I would be [because] none of us knew each other going into it. We just didn’t know each other socially.”