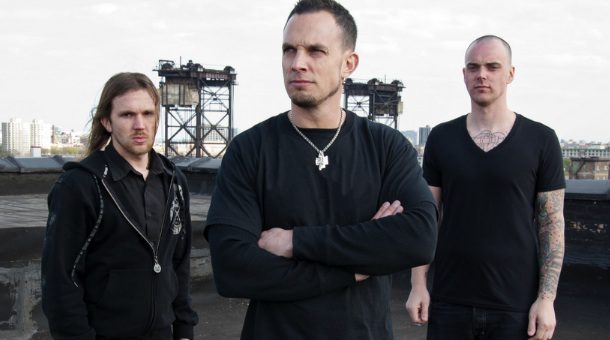 “Robb’s MetalWorks” conducted an interview with TREMONTI, the band led by CREED and ALTER BRIDGE guitarist Mark Tremonti, on October 7 at the Sunken Gardens Theater in San Antonio, Texas. You can now watch the chat below.

VAN HALEN bassist Wolfgang Van Halen made his first appearance as part of Tremonti’s solo band last month at a show in Rhode Island. This marks the first time Wolfgang has played with anyone outside of his father Eddie, his uncle Alex and singer David Lee Roth.

Asked if he is going to be involved with future TREMONTI tours and recording sessions, Wolfgang told “Robb’s MetalWorks”, “Yeah, every chance that I have. I’d love to be a part of this. If they’ll let me, I guess,” he joked.

Wolfgang Van Halen is replacing Tremonti’s bandmate from CREED and ALTER BRIDGE, Brian Marshall, who is sitting out the Tremonti trek for undisclosed personal reasons. The other members of Tremonti’s touring band include Eric Friedman on guitar and Garrett Whitlock on drums.

Tremonti is on the road behind his debut solo album, “All I Was”, which came out this past July.