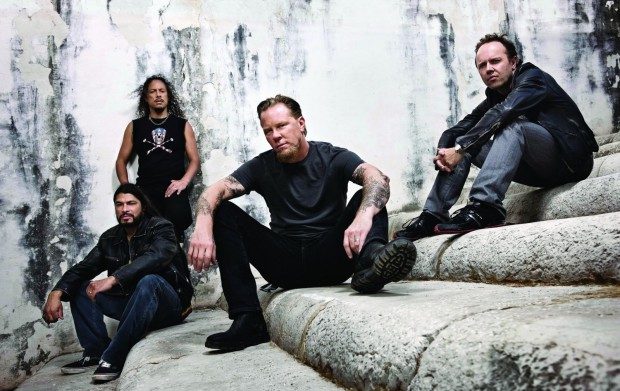 METALLICA‘s official web site has been updated with the following message:

“About a month ago, we mentioned that we have a live DVD in the works to complete the ‘Death Magnetic‘ experience and leaned on you to help us decide which songs would be on the main disc. As promised, we’re back now with more details on that DVD, ‘Quebec Magnetic‘ (!?!) which will find its way to your local retailer, online store, Metallica.com and favorite digital provider on December 10, 2012.

“This release is a first for us… yes, boys and girls, the DVD and Blu-ray will be come out on our very own label in North America! There are still some ‘i’s’ being dotted and ‘t’s’ crossed, so we can’t give you a name or fancy logo just yet, but we’re pretty excited that for the first time we get to hold all the reins on a release from start to finish. Since we now get to call all the shots, the double DVD and single disc Blu-ray will be available for a price we thought was very METALLICA fan-friendly — suggested retail will be $15.98 for either format.

“Just in case you missed the first story, the DVD was shot by our long time cohort Wayne Isham, capturing the two ‘World Magnetic’ shows in Quebec City in the fall of 2009. You were kind enough to help us select the set list by voting here on this site, choosing the songs played in setlist number two as the main program. All the songs played at those two shows will be included on the DVD/Blu-ray. You can peruse the set list and, of course, check out the cover below.”

Previous METALLICA videos that were directed by Wayne Isham: