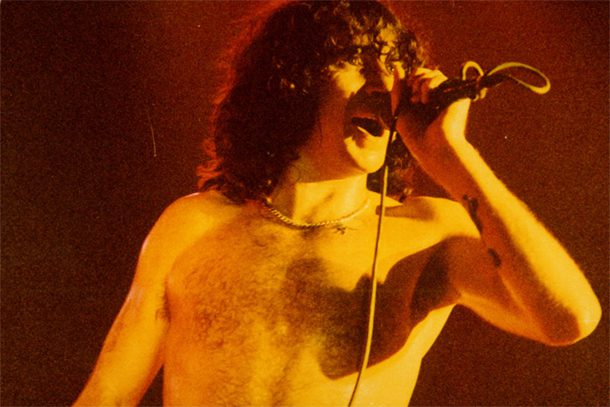 According to The Pulse Of Radio, AC/DC has officially given its endorsement to a campaign to get a statue of late lead singer Bon Scott erected in his hometown of Kirriemuir, Scotland. The band posted an item about the project on its official web site and pointed to the site of DD8 Music, organizers of the campaign, where fans can donate to the project’s fundraising drive.

The project needs to raise 50,000 pounds, or $75,000, by June 5 to move forward, and is about a third of the way there. DD8 Music has launched aKickstarter account to raise the necessary funds.

DD8 Music‘s Graham Calloway said he didn’t speak with anyone from the band before they promoted the campaign on their website.

Guitarist Malcolm Young told The Pulse Of Radio a while back thatScott‘s spirit has always stayed with the group. “He’s always there,” he said. “He never left the band. That’s just the way that we are. You know, we’re very tight as a unit. It’s the reality of it all. You just never forget. There’s so many stories with Bon, and it creeps in every day. And if it’s not one of the band, it’s a fan.”

Individual members of the group past and present have offered their support previously, with former bassist Mark Evans saying last September, “It’s so amazing that Bon is getting honored like this, especially since Scotland is such an important place in the history ofAC/DC. Bon already had a street named after him in Kirriemuir and now this!”

The statue would be the second of Scott, who was born in Kirriemuir in 1946 but moved with his family to Australia in 1952. An Australian statue honoring Scott has already been on display since February 2008.

The singer died in 1980 at the age of 33 from alcohol poisoning. He sang on AC/DC‘s first six studio albums, including “High Voltage”, “Dirty Deeds Done Dirt Cheap”, “Let There Be Rock” and “Highway To Hell”.