’15 Questions’ With BRING ME THE HORIZON (Video) 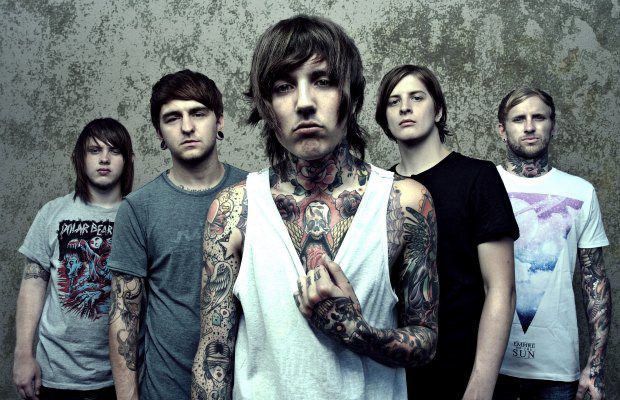 Dasding conducted an interview with the British metalcore act BRING ME THE HORIZON on June 7 at the Rock Am Ring festival in Nürburgring, Germany. You can now watch the chat below.

BRING ME THE HORIZON‘s fourth album, “Sempiternal”, sold 27,000 copies in the United States in its first week of release to land at position No. 11 on The Billboard 200 chart. The CD arrived in stores on April 2 viaEpitaph.

“Writing ‘Sempiternal’ was a completely different process,” commentedBRING ME THE HORIZON frontman Oliver Sykes. “We worked from a computer, laying down ideas and riffs and working on them tirelessly until we had what we wanted.” For the first time, “Sempiternal” sees a new member appearing on the record, Jordan Fish, who takes on keyboard duties on the record as well as during live performances. “Bringing Jordaninto the mix changed things completely; he opened up so many more possibilities.”

Sykes went on to say: “The lyrical theme is everything. My head was a lot clearer when writing this time and it allowed me to write from a different perspective. It’s the best stuff I’ve ever written, in my opinion. It’s very dramatic, quite blunt, and at times sarcastic, but the biggest part of it — is how it is combined with the music to bring the listener vivid imagery and emotion. I think we really managed to pull that off.”

BRING ME THE HORIZON recently parted ways with guitarist Jona Weinhofen. A replacement axeman has not yet been announced.