BOLT THROWER: ‘Hopefully It Won’t Be Another 20 Years ‘Till We Hit U.S. Soil Again’ 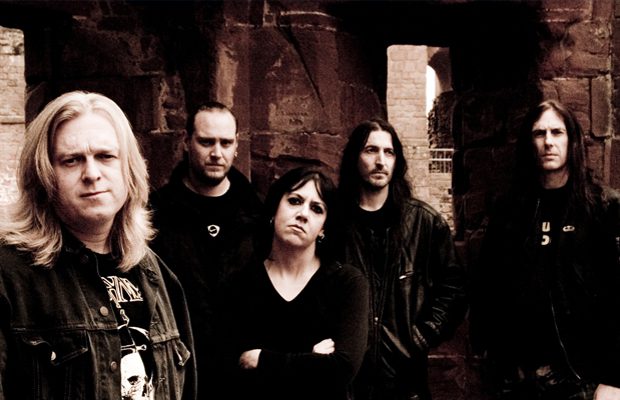 British extreme metal pioneers BOLT THROWER have continued their “quality-not-quantity” approach to performing live and that has definitely paid off. In 2010, they played a number of shows and festivals across Europe, and from doing more intimate underground shows (in keeping with their roots), they can also pull off performing to a festival crowd of 30,000 people. That’s why, as they reached and moved beyond their 25th anniversary, BOLT THROWER are still at the top of their game.

Finally, after only a handful of North American dates in the past few years, limited to Maryland Deathfest, BOLT THROWER recently part in the“Return To Chaos” tour. The band performed seven shows across the U.S. in May. The dates included Maryland Deathfest, Chaos In Tejas, as well as club shows in Pomona, California; Seattle, Washington; Chicago, Illinois and more.

Commented the band: “Well, we’ve overcome the jet lag and have been looking back on the killer time we had in the USA..

“The tour didn’t get off to the best of starts, though; we turned up at Baltimore not knowing if we could even play due to severe thunderstorms in the area. Thankfully, we eventually got the green light, but the combination of bad weather, poor organization, a town curfew, etc. meant that we only got to play for a chaotic and under-par 50 minutes.

“Luckily the shows that followed were problem free, and we’d like to thank everyone who came along to see us, we were blown away by both the turnout and the reaction each night.

“Teaming up again with the legendary AUTOPSY for the two Californian shows was an absolute pleasure. And, of course, we’re very chuffed that we finally got to finish our U.S. business with the BENEDICTIONhooligans.

“Cheers to Timmy the Texas Turd, all the local promoters who all helped make the shows even more enjoyable.

“And, as always, massive thanks to our long-suffering crew who continue to help keep the BOLT THROWER machine rolling.

“Hopefully it won’t be another 20 years ’till we hit U.S. soil again.”

Capital Chaos TV has uploaded video footage of BOLT THROWERperforming the songs “The Killchain” and “Powder Burns” on May 26 at Metro Operahouse in Oakland, California. Check it out below.

BOLT THROWER indefinitely postponed plans to record a new studio album after the band realized that the new stuff it had written “just doesn’t match up” to the group’s last CD, “Those Once Loyal”. “We have a lot of pride in our back catalogue, and we refuse to turn into one of the many bands (like the ones we grew up listening to) who end up releasing crap, and we’re also not prepared to compromise by instead releasing an album of cover versions or a ‘best-of’ album,” BOLT THROWER explained in a statement.

“Those Once Loyal” entered the German Media Control chart at position No. 76 — the group’s highest-charting release in Germany so far. The follow-up to 2001’s “Honour, Valour, Pride” was recorded at Andy Faulkner‘s Sable Rose studios and was the band’s first album since the return of original vocalist Karl Willetts as a full-time member.