LAMB OF GOD Guitarist To Guest On New UNEARTH Album 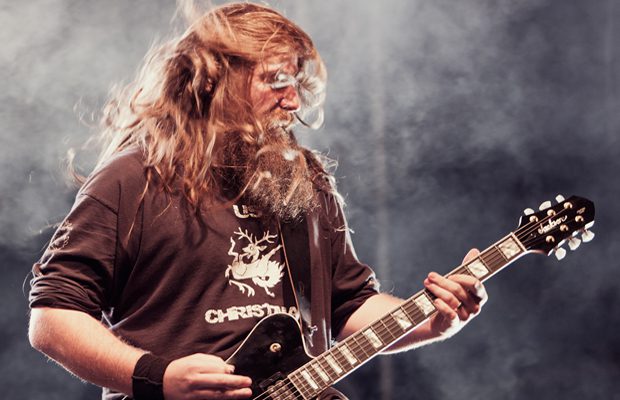 The news was revealed by UNEARTH guitarist Buz McGrath, who posted a photo of Morton (see below) on Twitter. The picture’s description read: “Guest bass lead by @MarkDuaneMorton @Unearthofficial”

Morton later confirmed the collaboration when he told All Axess he would appear on “about 8 measures” of the album.

UNEARTH has signed a North American record deal with eOne Music and European deal with Century Media. The band plans to release its new LP later this year.

UNEARTH‘s latest album, “Darkness In The Light”, sold 6,400 copies in the United States in its first week of release to debut at position No. 72 on The Billboard 200 chart.