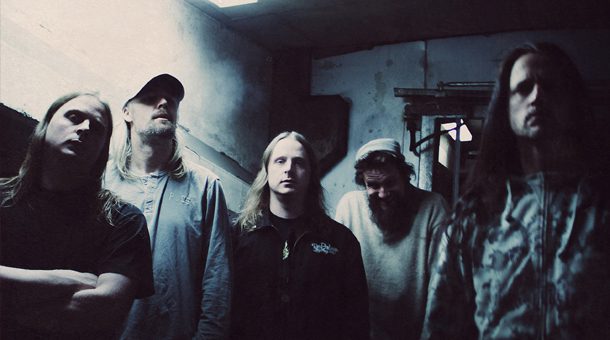 Swedish metallers THE HAUNTED are teasing their fans on Facebook with photos of the bandmembers’ silhouettes (see below) as they prepare to announce their new lineup.

Although there has been no official confirmation, THE HAUNTED‘s latest incarnation appears to include the return of drummer Adrian Erlandsson(also of AT THE GATES and PARADISE LOST) and singer Marco Aro (also of THE RESISTANCE). They are joined by original THE HAUNTED membersPatrik Jensen (guitar) and Jonas Björler (bass) alongside the band’s newest addition, guitarist Ola Englund (SIX FEET UNDER, FEARED).

THE HAUNTED‘s seventh studio CD, “Unseen”, sold around 1,200 copies in the United States in its first week of release. The effort landed at position No. 33 on the Top New Artist Albums (Heatseekers) chart, which lists the best-selling albums by new and developing artists, defined as those who have never appeared in the Top 100 of The Billboard 200.

“Unseen” was released on March 29, 2011 via Century Media Records. The CD was once again recorded with longtime producer Tue Madsen(MOONSPELL, DARK TRANQUILLITY, GOREFEST, SICK OF IT ALL) at hisAntfarm Studio in Århus, Denmark.