FEAR FACTORY Guitarist Says ‘Demanufacture’ Album Was Ahead Of Its Time 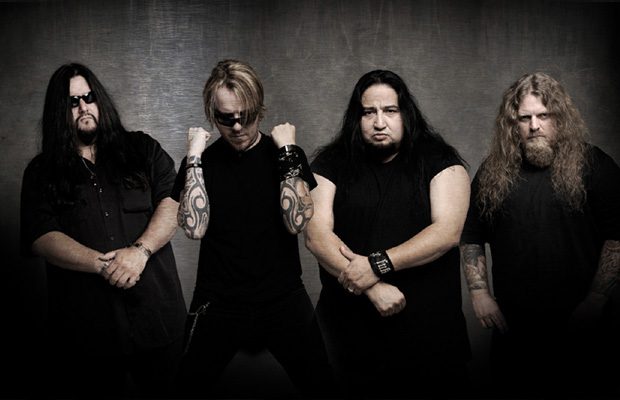 Asked whose idea it was to perform FEAR FACTORY‘s classic classic 1995 sophomore album, “Demanufacture”, on the band’s Australian tour, vocalist Burton C. Bell told The Rockpit: “It was kinda like a joke at first. Last time we were there for ‘The Industrialist’ on tour, we were playing a lot of tracks from ‘Demanufacture’, and we just thought, ‘Why don’t we just play the whole damn record?’ and the promoter was, like, ‘Oh, that’s actually a great idea. We should plan it properly,’ and blah blah blah, and just started talking about it. And we thought about it, and it was Australia that embraced FEAR FACTORY wholeheartedly first and so Australia was where we received our first silver and gold records for ‘Demanufacture’, so we figured that we’d go to Australia.”

FEAR FACTORY will also perform “Demanufacture” in its entirety aboard the 2014 edition of the world’s biggest heavy metal cruise — 70000 Tons Of Metal — which will sail January 27-31.